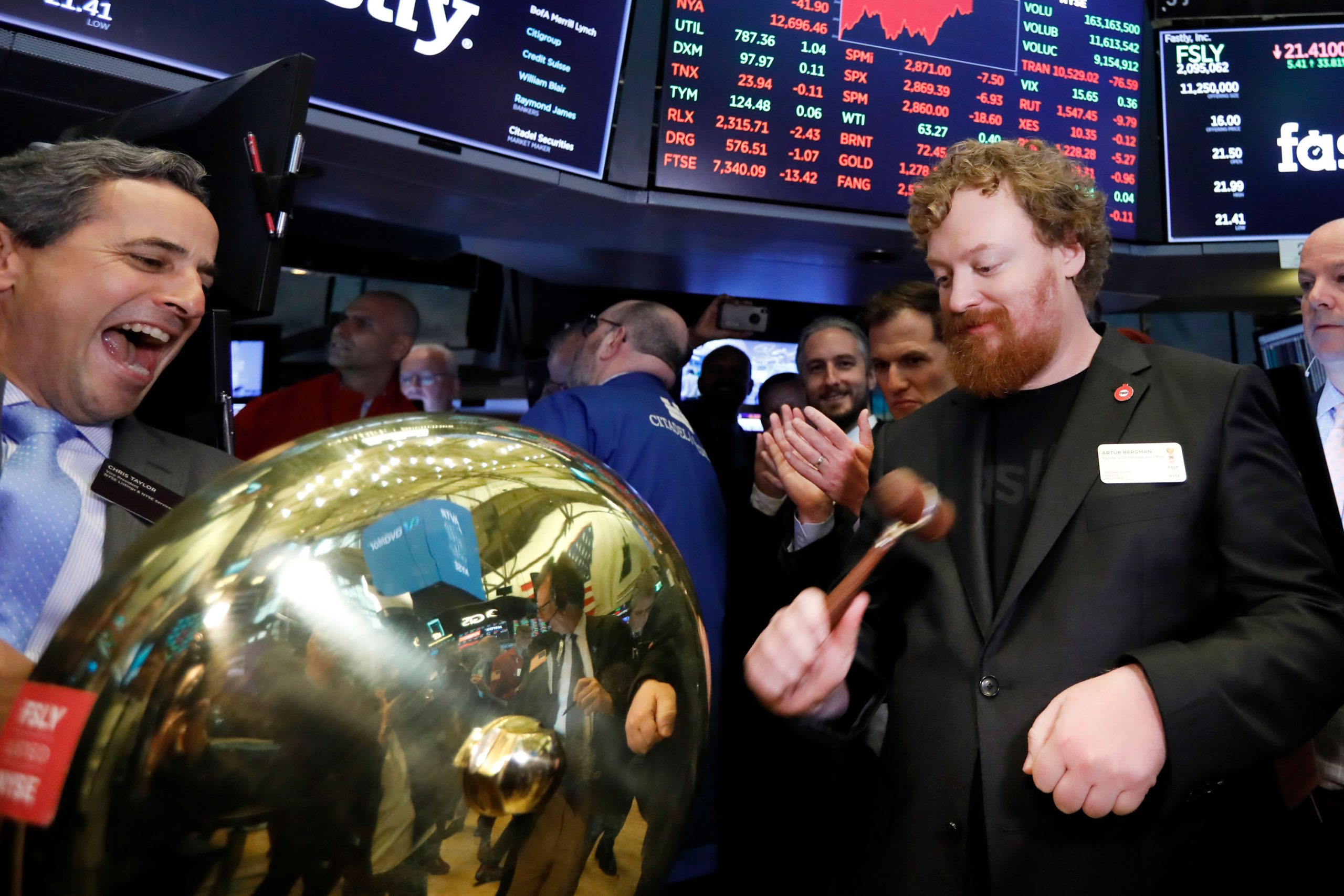 Zoom may be the technology story of the pandemic. But it’s no longer the best-performing tech stock of the work-from-home era.

That distinction now belongs to Fastly, which went public a month after Zoom last year. Fastly shares climbed 15% on Monday to $ 73.27, following last week’s 36% surge. They’re now up 222% since the market’s peak on Feb. 19, outperforming Zoom, which is up 159% over that stretch.

Fastly’s technology helps consumers more rapidly view and retrieve digital content. Its customers include e-commerce software provider Shopify, music-streaming service Spotify and messaging app Slack, which are all seeing usage spikes with so many people working remotely. Some analysts are starting to see Fastly as one of the top technology winners from the accelerating trend toward working from home and staying at home.

“Its customers are a lot of the next-generation bleeding-edge tech companies,” said Rishi Jaluria, an analyst at DA Davidson who recommends buying the stock. “It’s the combination of a company with really strong fundamentals and everything executing really well and at the same time, I think, momentum is building on that.”

Jaluria has the highest share price target of the six analysts tracked by FactSet who have published predictions, but even he hasn’t been able to keep up with the latest rally. Jaluria raised his target to $ 55 from $ 33 on June 3, when the stock was at $ 47.84. The other five analysts all have buy ratings, and target prices between $ 30 and $ 46.

Fastly said in its first-quarter earnings report that revenue climbed 38%, and the company increased its guidance for the year to as much as $ 290 million from up to $ 265 million. The mid-point of its range would mark annual growth of 42% from 39% last year.

In the content delivery network (CDN) market, Fastly is only about one-fifteenth the size of Akamai in terms of revenue, but almost half as big when it comes to market value. Fastly’s market cap now sits at $ 7.6 billion, while Akamai is worth $ 16.5 billion. Cloudflare, another competitor in the space, has more than doubled in value in the past four months to an $ 11.2 billion market cap.

While he couldn’t have known it at the time, Fastly CEO Joshua Bixby took over at a most precarious moment â€” Feb. 20. The stock market peaked the previous day and proceeded to plunge 34% over the next four weeks, as concerns about the coronavirus forced wide swaths of the economy to shut down. In his letter to staff announcing Bixby’s promotion, founder and then-CEO Artur Bergman, said “the board and I believe that Joshua is the right person to lead Fastly into the future.”

We are suspending all non-essential travel worldwide for Fastly employees, canceling or postponing Fastly-sponsored events, and discouraging employee attendance at industry events and in-person meetings. Though a large portion of Fastly personnel already work remotely, we have also made the decision to close all Fastly offices and temporarily enact a fully remote workforce. These changes are effective immediately.

Bixby has since written two more blog posts, and neither have to do with the company’s technology. The first, on April 27, was to applaud organizations providing important information about Covid-19. The second, on June 1, was titled, “Black Lives Matter: We are taking a stand,” and came as people across the country were protesting a policeman’s killing of George Floyd.

Along with three other top executives, Bixby wrote that Fastly was contributing $ 50,000 each to two organizations fighting for racial justice and that the company was putting in place internal efforts to better recognize Black culture.

Fastly representatives didn’t immediately respond to requests for comment for this story.

WATCH: Fastly CEO says the lockdown has changed the fabric of the internet