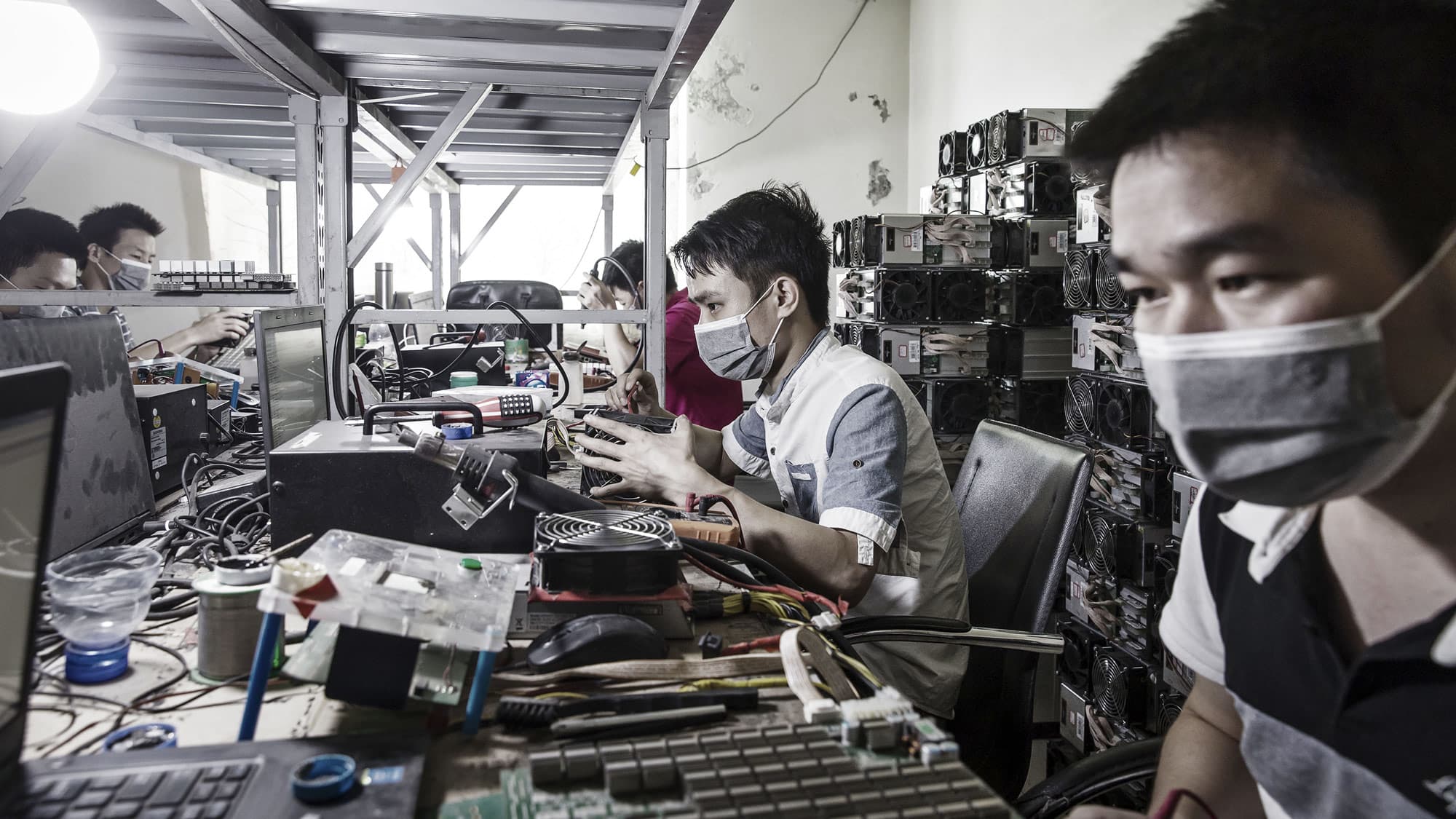 China could end up exceeding its emissions reduction targets as a result of carbon-intensive bitcoin mining, according to a study published this week.

Some 75% of the world’s bitcoin mining is done in China, where there is cheap electricity and relatively easy access to manufacturers who make specialized hardware, according to the study. As a result, the nation’s bitcoin carbon footprint is as big as one of its ten largest cities, the paper claims.

Unlike most forms of currency â€” issued by a single entity like a central bank â€” bitcoin is based on a decentralized network and needs to be “mined.”

This takes place when bitcoin transactions, recorded on a public ledger called the blockchain, are “verified” by miners. These miners run purpose-built computers to solve complex mathematical puzzles that effectively allow a bitcoin transaction to happen; the miners then receive bitcoin as a reward.

This mining on computers uses vast amounts of electricity, especially when conducted on a large scale.

The research on China’s mining activities â€” published by peer-reviewed journal Nature Communications on Tuesday â€” was conducted by academics from the University of the Chinese Academy of Sciences, Tsinghua University, Cornell University and the University of Surrey.

It comes despite rhetoric from China that it is keen to become more environmentally friendly. President Xi Jinping said last year that the country is targeting peak carbon dioxide emissions by 2030 and carbon neutrality by the year 2060. But bitcoin threatens to derail those plans.

“Without appropriate interventions and feasible policies, the intensive bitcoin blockchain operation in China can quickly grow as a threat that could potentially undermine the emission reduction effort taken place in the country,” the authors wrote.

Worldwide, bitcoin mining consumes an estimated 128.84 terrawatt-hour (Twh) per year of energy â€” more than entire countries such as Ukraine and Argentina, according to the Cambridge Bitcoin Electricity Consumption Index, a project of the University of Cambridge.

“Without any policy interventions, the annual energy consumption of the bitcoin blockchain in China is expected to peak in 2024 at 296.59 Twh and generate 130.50 million metric tons of carbon emission correspondingly.”

The authors note that China’s bitcoin energy usage by 2024 will surpass the total energy consumption of Italy or Saudi Arabia.

While the study was published in a peer-reviewed journal, some have said it lacks the necessary data.

Nic Carter, partner at venture capital firm Castle Island Ventures and co-founder of crypto website Coin Metrics, wrote on Twitter that the paper “leaves a lot to be desired.”

“I expected most of the paper to be about province-level data covering energy mix of Chinese miners,” wrote Carter. “But that’s missing. Instead, they claim to have taken this into account… but don’t show their work. They just assert they’ve quantified this.”

The authors did not immediately respond to CNBC’s request for comment.

China’s Inner Mongolia region said last month that it plans to ban new cryptocurrency mining projects and shut down existing activity in a bid to cut down on energy consumption.

Inner Mongolia, located in northern China, failed to meet central government assessment targets regarding energy use in 2019 and was scolded by Beijing. In response, the region’s development and reform commission laid out plans to reduce energy consumption. Part of those plans involve shutting down existing cryptocurrency mining projects by April 2021 and not approving any new ones.

The motives for China’s intensive bitcoin mining could go beyond making money (bitcoin’s value has soared from $ 7,000 to almost $ 60,000 in the last year). Silicon Valley billionaire Peter Thiel expressed concerns this week that bitcoin could be used as a “Chinese financial weapon against the U.S.”

“Even though I’m sort of a pro-crypto, pro-bitcoin maximalist person, I do wonder whether at this point bitcoin should also be thought in part of as a Chinese financial weapon against the U.S., where it threatens fiat money, but it especially threatens the U.S. dollar, and China wants to do things to weaken it, so China’s long bitcoin,” Thiel said on Tuesday at a virtual event held by the Richard Nixon Foundation.

The PayPal and Palantir co-founder has invested in bitcoin companies and previously said he was “long bitcoin” and considers it the “digital equivalent of gold.”