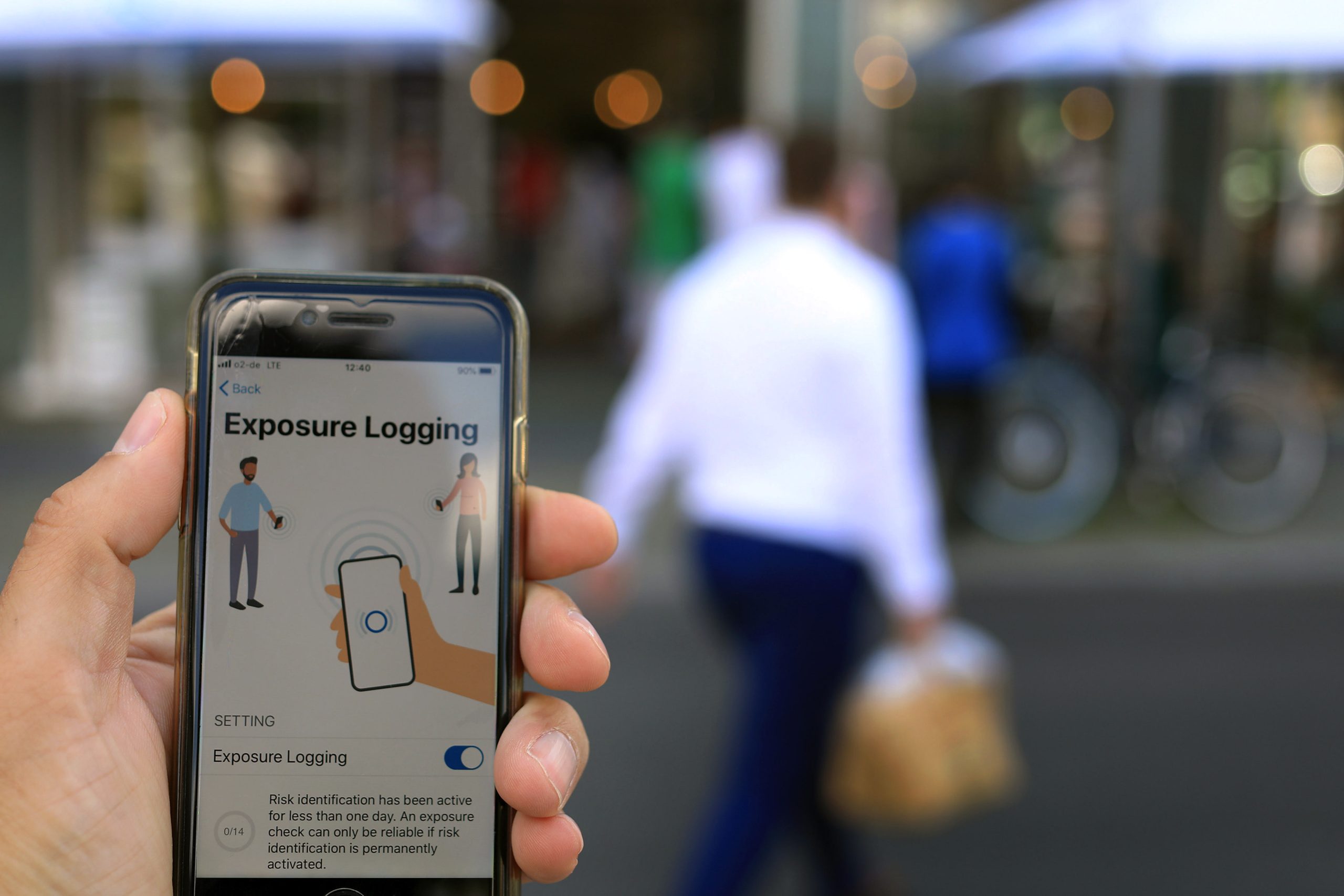 Germany’s coronavirus contact-tracing app, Corona-Warn, is displayed on an iPhone in Berlin on Tuesday, June 16, 2020.

Coronavirus contact-tracing apps were meant to play a significant role in how some countries dealt with the spread of the disease. But so far, they’ve had a limited impact.

The apps alert people who come into close proximity with someone who has tested positive for Covid-19, the idea being that the “contacts” of that sufferer would then get tested and self-isolate.

They were once heralded as a crucial part of some countries’ plans to lift their lockdown restrictions. In the U.K., for instance, this type of app was regularly referred to in the daily coronavirus briefings, however now the government is playing down its significance and has had to completely revamp it.

Many of these apps rely on Bluetooth technology to send out notifications when two smartphone owners approach each other. Some of them even track location data through GPS. But early in the development of such platforms, campaigners flagged major concerns over how they would approach privacy.

Enter Apple and Google. In April, the companies set out to introduce a “decentralized” framework for contact-tracing apps that would aim to both protect user data and ensure they still work once people start traveling abroad. While Apple is often praised for taking user privacy seriously, Google has been a particular target for criticism over tech platforms’ shortcomings on data protection. All of a sudden, it was winning plaudits for an apparent commitment to ensuring privacy by design.

“They certainly created a system which can be used for proximity tracing without risking trust from centralization of personal data,” Michael Veale, a lecturer in digital rights and regulation at University College London, told CNBC.

Veale is part of a team of researchers who came up with a system known as DP-3T, or Decentralized Privacy-Preserving Proximity Tracing. It’s the protocol on which Apple and Google based their own contact-tracing model.

“Whether any of these apps are useful to fight the virus on the ground is yet to be seen,” said Veale, though he added it was “too early” to rule them out.

Not a ‘game changer’

In May, a report said Iceland had achieved the largest penetration of any virus-tracking app, with 38% of its 364,000 inhabitants installing it. But the Iceland app, which collected people’s GPS data, “wasn’t a game changer,” according to Gestur Pálmason, the deputy chief inspector of Iceland’s Covid-19 tracing team. Oxford University researchers have said 60% of a country’s population would have to download a tracing app in order for it to be effective.

“There isn’t a single country in the world to date that would be able to point to an app and say: ‘That was a game changer,'” Stephanie Hare, an independent technology researcher, told CNBC.

Singapore, which was seen as a pioneer in the development of tracing technology, has seen about 2.1 million downloads of its app. This translates to about 37% of the country’s population — still well below the recommended 60% threshold. And although digital tracking measures seem to have helped in countries like China and South Korea, critics say that these technologies came at the expense of privacy.

In Norway, health authorities were forced to pull their contact-tracing app after a warning from the data protection regulators. The Scandinavian country’s app was ranked alongside Bahrain’s and Kuwait’s on Amnesty International’s list of the “most alarming mass surveillance tools” used to track the virus. It used location data as well as Bluetooth, and processed proximity data centrally rather than on individual smartphones.

“It’s very much being pitched as: you either care about human life or you care about privacy,” Raha Rasha Abdul Rahim, deputy director of Amnesty International’s technology division, told CNBC. “You can absolutely still have a useful contact tracing app that does give respect to people’s human rights and privacy.”

France launched a tracing app that used Bluetooth to find the contacts of coronavirus patients. But like Norway, the app didn’t adopt Apple and Google’s model. That may have been to the detriment of its success, as just 14 people of the 1.9 million who downloaded the app received notifications to say that they’d been exposed to someone who was coronavirus-positive. Like the U.K., France had also touted the app as a key part of the country’s strategy to slow the spread of the virus.

Apple and Google set the standards

The U.K. has now backpedalled and said it will apply Apple and Google’s technology to its app. The government wanted to push ahead with a centralized model that stored data on a central database, but discovered the app was far less effective on iPhones than Android devices due to privacy measures imposed by Apple’s operating system. The only alternative was to succumb to the tech giants’ approach.

“You have a strange situation where they’re dictating the kind of privacy measures that need to be in place for contact tracing,” Amnesty’s Abdul Rahim said of Apple and Google. “It’s an interesting dynamic because it shows you the power of the tech giants, that ultimately we’re having to rely on their good will to put in place security-protecting measures.”

However, Apple and Google’s model is still struggling to catch on in many countries. In the United States, just three states have openly said they will use the tech firms’ software to develop their tracing apps. And there has so far been no indication of an effort to introduce the technology at a federal level.

And even the Apple-Google model has its limitations. For example, there are fears that a reliance on Bluetooth rather than location tracking could lead to a flood of false positives due to the range of detection. Still, privacy advocates maintain it’s the best option available right now. And though the rollout of apps worldwide has been shaky so far, researchers think they’re still worth pursuing as a supplement to manual contact tracing.

For them to work, experts say they need to be part of a wider health strategy that encompasses mass testing and strict physical distancing measures. Germany’s app — which adopts the Apple-Google approach — has shown signs of promise, with 14 million people having downloaded it since its launch last month.

“Contact-tracing apps need to be part of a much broader health care response,” said Abdul Rahim. “That includes widespread testing and access to adequate healthcare.”