Latest News
Home /When will we get haircuts again? Beauty experts weigh in on the future of self care 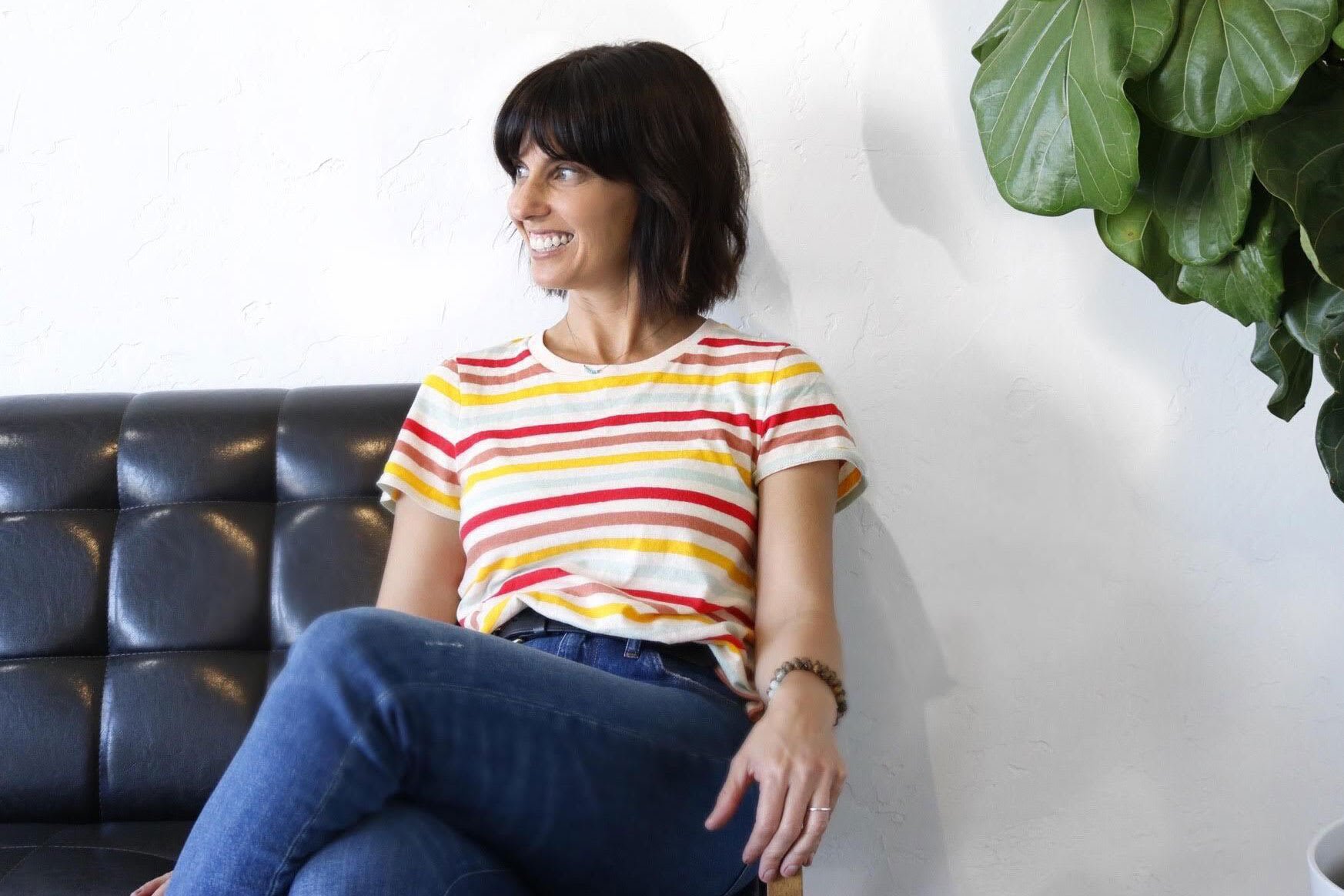 After shelter-in-place was declared in San Diego to stem the spread of Covid-19, she tried to use a coloring spray to cover her roots but it was an unmitigated disaster.

Now, she’s liking the lived-in ombrÃ© look with natural-colored roots, which she hopes will save her money and frequent trips to a hair salon.

“With the last financial crisis, the first thing I cut was Starbucks,” said Ford Hutman, who works in public relations. “I’m thinking that any way to save now is a good thing.”

Across the U.S., people are taking creative approaches to their beauty regimens. Couples are watching YouTube videos before cutting each other’s hair. Kids are trimming their parents’ bangs so they don’t cover their faces on Zoom videos. And a so-called “black market” for beauty has emerged in some states that are still hunkering down.

Beauty workers, many of whom are still unemployed, are doing their best to adapt. Many say they are fielding messages from their former clients about how to manage their hair on their own, and are sending self-care packages in the mail.

San Francisco-based stylist Tylor Johnson is taking advantage of the time at home to work on a new product line for blondes, as well as a blog with tips and tricks for hair maintenance. She’s also taking online education classes that will help her with her new business.

San Diego’s Betsy Smith is providing beauty advice through Instagram and YouTube. Some of her clients, like Ford Hutman, are purchasing gift cards for future use, and Smith will donate some of the proceeds to a local charity. She’s making ends meet by saving as best she can, and she feels fortunate that she still has some money coming in from a cosmetology school where she worked as an instructor (the school is shut down, but continues to pay her in the short-term).

She feels fortunate, as some of her colleagues in the industry are struggling far more than she is. Many stylists, she says, are financially strapped but are nervous about going back to work once their state reopens as there’s a lot of fear that they could be exposed to the virus.

“Half are ready to go back to work and the other half are very cautious,” she said.

How salons will change

Johnson, who works at the Culture of Hair salon in San Francisco’s Financial District, specializes in coloring for blondes. She is just one of thousands in the beauty industry who are unable to work until the state starts to reopen.

Even once that happens, Johnson expects that she’ll take on a reduced client load to maintain social distancing. She expects that many salons will avoid blowouts altogether, or styles that involve super close contact, to reduce the risk of transmission. Clients will also likely sit more than six feet apart in the waiting rooms, and there might not be magazines to sift through.

Large salons like Supercuts say they have consulted with public health professionals, and are now requiring their stylists to wear CDC-recommended face masks during their entire shift. They are also expected to wash their hands frequently and sanitize anything that touches a client, including the gowns. In some states where salons are already starting to reopen, including Alabama, Georgia and Louisiana, these precautions and more are in place.

In other states, such as California, New York and Michigan, personal care services providers are still awaiting instructions on when they can reopen for business. Once they do, customers might expect longer wait times, as salons will have to take in clients at much lower volumes. Salons might also try to raise prices to recoup some of their lost revenues.

The rise of self grooming

Self-administering a haircut is no easy feat, and social media is filled with horror stories.

But some say they’ve had success turning to instructional videos for guidance. YouTube is now filled with videos featuring beauty experts talking through how to embrace roots, cut bangs or to trim split ends with a steady hand.

Some are even coloring their significant others’ hair in the sink, or taking turns giving each other haircuts.

Kids are also proving to be uniquely gifted helpers, and some parents say it’s a great way to bond. Venture investor Lisa Suennen said her 24-year-old daughter Maddy helped her dye her roots after her hairdresser mixed her color and delivered a DIY package. “We laughed like crazy during the process, which was the best part,” she said.

Buzzcuts and shaves are also seeing a resurgence.

After a few months at home, Brooklyn-based health-tech entrepreneur Nikhil Krishnan decided it was the right moment to give himself a mohawk.

“I needed to shave because my hair was getting really long,” he told me. Once he got started, he thought it would fun to document the experience with his friends.

That quickly escalated, as he figured his parents might get a kick out of his edgy new style (they “cracked up,” he said).

“I had always want to change my hair up into something, and this seemed like the best time to try something new.”

Smith, the stylist in San Diego, is preparing for a resurgence of styles that “free women from their highlights,” alleviating the need for frequent root touch-ups.

One of her favorite looks is “grombre” or “grey ombrÃ©,” where women grow out their natural silver but leave in their lighter ends.

Johnson, who’s in San Francisco, also expects to see a resurgence of styles like the dip dye ombrÃ© look, which involves blending color into the ends with no harsh lines.

It’s no coincidence, she says, that ombrÃ© came into fashion with the great recession of the late 2000s. When consumers are feeling money-conscious and concerned about their financial prospects, they’ll often opt for styles that require less upkeep.

“I think a lot of people after this will be happy with how healthy their hair feels,” said Johnson, noting that many of her clients haven’t had a touch up in three to four months. “So it’ll bring back a natural looking hair color.”

A tough year ahead for salons

The stylists agreed that it will be a tough year ahead for the beauty industry. Many have already taken a huge financial hit after months with no money coming in. Relief from the federal government has come, but slowly and with a lot of uncertainty. Some states are experiencing backlogs, and are sending checks out late.

Moreover, if people do embrace more natural styles or avoid personal care to reduce their household spending, that’ll mean they don’t need to go to the salon as often. Hair trends can have an impact on salons’ revenues. Smith recalls how barbershops took a hit when the Beatles became a household name in the 1960s because everyone embraced the shaggy style rather than a clean cut.

Smith is concerned about the future of the sector, particularly if stylists opt to take on different work or cosmetology schools stop operating. Their work is super high-touch, which might mean that people are nervous to get back to the salon even when they’re able to do so. And for many in the beauty industry, who live in big cities like New York and San Francisco, it’s no longer feasible to keep paying pricey rent.

“I’ve been thinking a lot about how we get hair stylists not to exit, because it’s been such a struggle,” she said. “And how we keep the industry alive so we can come out the other side.”