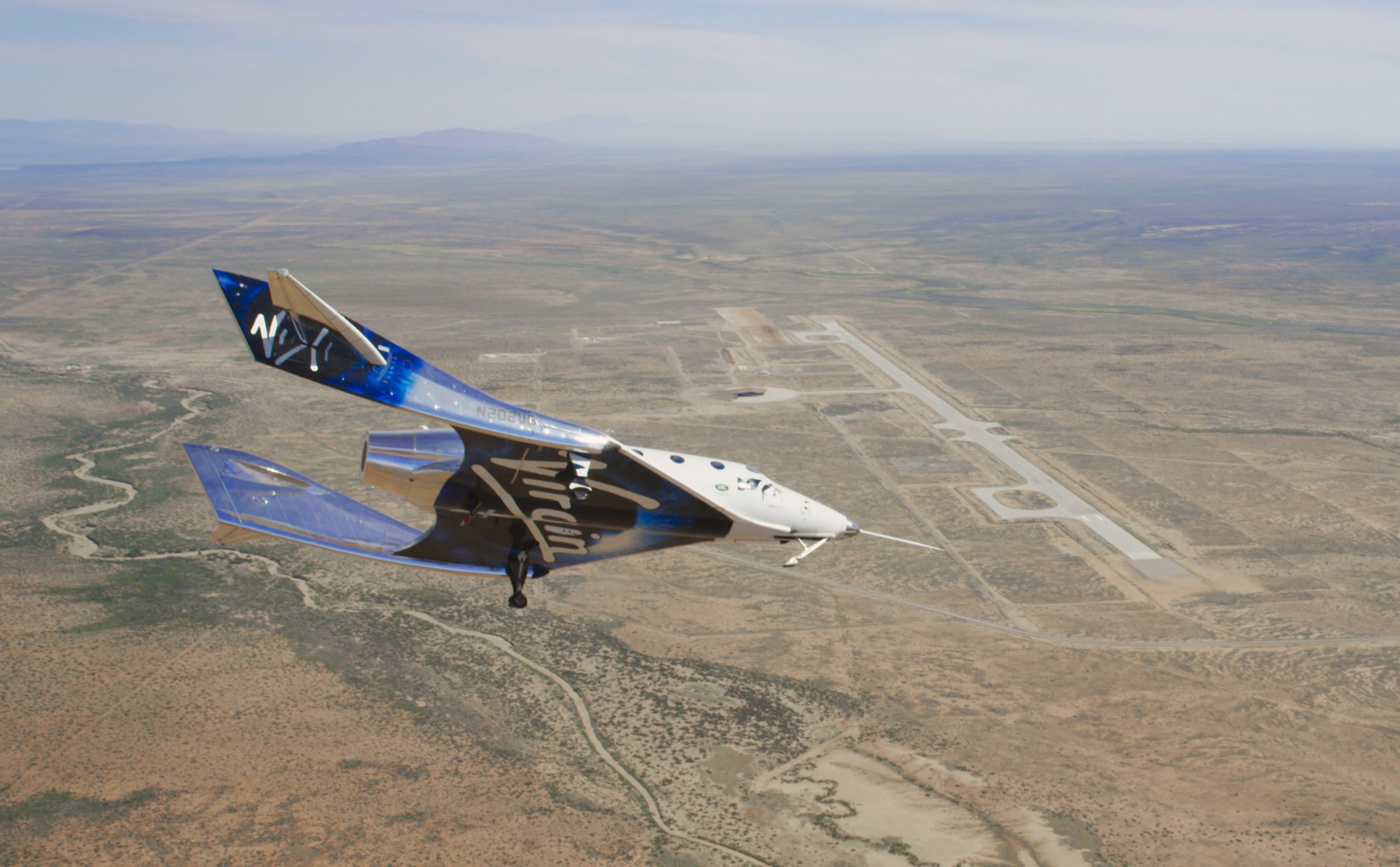 Virgin Galactic’s spacecraft Unity comes into land during a glide test flight on May 1, 2020.

Virgin Galactic successfully completed its second glide flight test in New Mexico on Thursday, a milestone that should set the company up to begin spaceflights next.

The company said that after it completes “an extensive data review” of the glide flight, Virgin Galactic “will start preparing for the next stage” of its flight testing program: Full rocket-powered test flights.

“I am thrilled with the team’s hard work to complete today’s test flight successfully. It was an important test that, pending data review, means we can now start preparing the vehicles for powered flight,” Virgin Galactic CEO George Whitesides said in a statement.

Shares of Virgin Galactic rose more than 4% in after hours trading from its close of $ 15.25 a share.

The glide test entailed the company’s carrier aircraft Eve taking off with spacecraft Unity from Spaceport America in New Mexico and bringing it up to an altitude of 51,000 feet. At that height, Eve released Unity and the spacecraft reached a top speed of about 650 miles per hour. Unity’s pilots conducted several maneuvers before touching back down at Spacecraft America in New Mexico.

Virgin Galactic also completed a “wet dress rehearsal” of its systems and facilities last weekend, a process which included fueling up spacecraft Unity on the runway.

The company last conducted a spaceflight on February 22, 2019, which was its second flight to successfully reach the edge of space. Since then, the company moved its spacecraft from its testing facility in California’s Mojave Desert to its operating base in New Mexico. The company previously said it expects to begin commercial operations this summer and has told shareholders that it aims to be profitable by 2021. The COVID-19 pandemic caused Virgin Galactic to temporarily suspend its operations in March but, as of May, the vast majority of employees returned to work

Virgin Galactic’s business model falls in the realm of luxury experiences, given the high prices of its space tourism offering. The company is in the final stages of developing its reusable spacecraft, which can carry six passengers on a 90-minute trip to the edge of space