Wharton School finance professor Jeremy Siegel said Thursday he expects the stock market’s rally will persist at least throughout this year. However, he told CNBC that investors will have to be cautious once the Federal Reserve adjusts its highly accommodative monetary policies.

“It isn’t until the Fed leans really hard then you have to worry. I mean, we could have the market go up 30% or 40% before it goes down that 20%” following a change in course from the Fed, Siegel said on “Halftime Report. “We’re not in the ninth inning here. We’re more like in the third inning of the boom.”

Siegel said he expects to see a roaring economy this year as the last of Covid-era economic restrictions are lifted and vaccinations allow for travel and other activities to pick up again. That is likely to unleash inflationary pressures, though, he said.

“I think interest rates and inflation are going to rise well above what the Fed has projected. We’re going to have a strong inflationary year. I think 4% to 5%,” the longtime market bull said.

Economic conditions of that nature will force the central bank to act sooner than it currently anticipates, Siegel contended. “But in the meantime, enjoy this ride. It’s going to keep on going … toward the end of the year.”

U.S. stocks were higher around midday Thursday, with the Nasdaq‘s roughly 1% advance the real standout. The tech-heavy index dipped Wednesday but remained about 2.9% away from its February record close. The S&P 500 was adding to Wednesday’s record high finish. The Dow Jones Industrial Average was higher but still below Monday’s record close.

The 10-year Treasury yield, still under 1.7% on Thursday, has been rather steady recently. The rapid spike in market rates in 2021, including a run of 14-month highs in late March, knocked growth stocks, many of them tech names, as higher borrowing costs erode the value of future profits and squeeze valuations.

The bond market has been at odds with the Fed this year, as traders push yields up on the belief that stronger economic growth and inflation will force central bankers to hike near-zero short-term interest rates and taper massive asset purchases sooner than forecast.

At its March meeting, the Fed sharply ramped up its expectations for growth but indicated the likelihood of no rate increases through 2023 despite an improving outlook and a turn this year to higher inflation.

Fed Chair Jerome Powell on Thursday reiterated the central bank’s policy stance, saying at an International Monetary Fund seminar that asset purchases “would continue at the current pace until we substantial further progress toward our goals.”

“We’re not looking at forecasts for this purpose. We’re looking at actual progress toward our goals so we’ll be able to measure that,” Powell said at the event moderated by CNBC’s Sara Eisen.

So far, Powell added, the economic recovery has been “uneven and incomplete,” with lower-income U.S. residents seeing fewer employment gains.

Responding to Powell’s IMF remarks, Siegel said, “I have never heard a Fed chair so dovish.”

Why stocks are still attractive

One of the key reasons why stocks can still rally despite a pickup in inflation is because owning equities would still be better than bonds or holding cash, Siegel said.

“People are going to turn around and say, ‘OK, so there’s more inflation and the 10-year is rising? What am I going to do with my money? Does that mean I want to be out of the stock market when [corporations] have more pricing power than they probably have had in two decades or more?'” Siegel said. “No, not yet.”

At some point, Siegel said the calculus for investors will change.

“Eventually, the Fed is just going to have to step in and say, ‘Wow. We’re just having a little bit too much inflation.’ That’s the time to be cautious,” Siegel said. “I would not really be cautious right now. I still think bull market is on for 2021.” 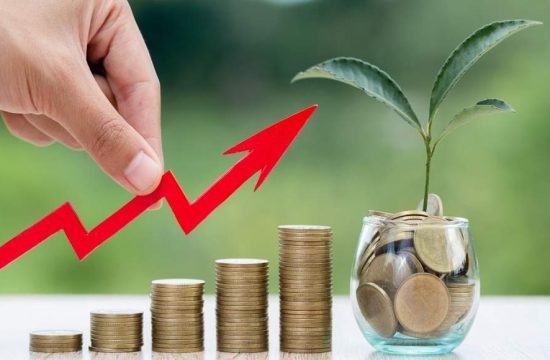