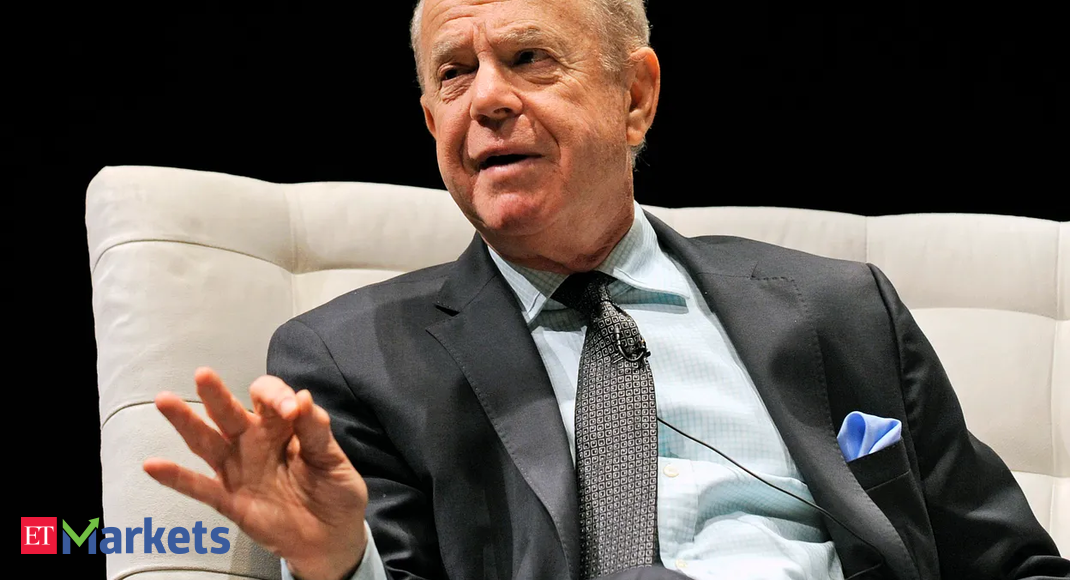 There is no question that the global economy is now in a financial crisis, perhaps unprecedented in its type and quite different than the one in 2008-2009, says professor at NYU Stern and co-founder of Wiserfunding.

Especially at a time when there have been so many predictions going around in terms of how deep this crisis is going to go, what kind of recession we are in for and how different is it from the global financial crisis that you had predicted as well? How are you assessing the situation the global economy and the point at which it is at right now?
Well, there is no question that the global economy is now in a financial crisis, perhaps unprecedented in its type and quite different than the one in 2008-2009. The extent of this crisis and how long it will last is very much related to the virus and its continued devastation to the global economy. Early indications are that in terms of bankruptcies, defaults, credit issues, this year will perhaps be a record-breaking one. Now, my perspective is mainly the United States where we have the most data but I am quite familiar with the situation in India as well.

Which are the sectors you feel are going to be the most badly hit?
So far already we have had more than 60 large corporate bankruptcies in the US since March and that is a record in terms of a short term issue. If you project that for the rest of the year, then we will see the second largest year in terms of bankruptcies, above $ 100 million in assets and liabilities. The sectors that have been hit hard, of course, are retail but the impact is far beyond that. Energy is a still very problematic sector in the United States in particular because of all Shale oil productions that mainly were financed by debt. Then you have the leisure, hospitality, real estate areas and you have transportation. Some airlines which have a great history in bankruptcies and coming back much stronger are in much better shape but now they are ailing again dramatically and they needed somewhat of a bailout by the government. And that is going to continue, otherwise, we are going to see airline bankruptcies as well. We have already seen some outside of the United States because it is a global problem and probably one for India as well. I do not quite know the makeup of the Indian airline industry but my guess is they are going to suffer quite a bit as well as the rest of the world.

Since you did talk about the high debt scenario, just wanted to understand as to how the dynamics are going to play out from here?
Most forecasters whether it be for the economy or the credit industry are scratching their head with this problem. We have never seen so much uncertainty with respect to our models. My model for predicting default rates in the high-yield bond sector, with so-called non-investment grade, for the corporate this year is about 8% to 9%. Now the historic average is around 3% per year. So you are talking about three times the historic average but not as much as it was in 2009 and 2002 when it was close to 12%. Now the key question is what will happen in 2021 and more forecasters are thinking cumulatively it could be more than 20% over two years. It all depends on the GDP and the real economy even though the stock markets seem to be shrugging off this potential long-term downturn in the economy. And that is a great paradox. We have a disconnect between stock markets, even high yield bond markets and the real economy.

But the question as to how bad will it be — Well the bankruptcy codes are going to be overwhelmed with activity in the next 15 to 20 months and may itself need some support from the government. I am on a commission ad-hoc academics looking at the bankruptcy system in the United States and thinking that although it is probably the most advanced system in the world, we could be overwhelmed by not only the large companies but also the small and medium sized firms which are particularly critical for the Indian economy as well.

You have been talking a lot about the disconnect between the financial and the real economy; what is your forecast then as you look ahead over the next six months or one year?
I am not sure I am the right one to ask that question, you look at my stock portfolio and you are going to scratch your head, you say do you really think you know much about the markets. I have never seen such a disconnect before; companies’ reported earnings are horrendous and they are going to get worse rather than better. So, the outlook is not good. Also, certain industries will never recover everything. In many cases, retail is certainly one that we have to be careful of. Whether or not the old model – the bricks and mortar, the shopping malls etc. are going to be there in the future. The energy industry is one that probably needs restructuring, the price of oil, of course, is the key.