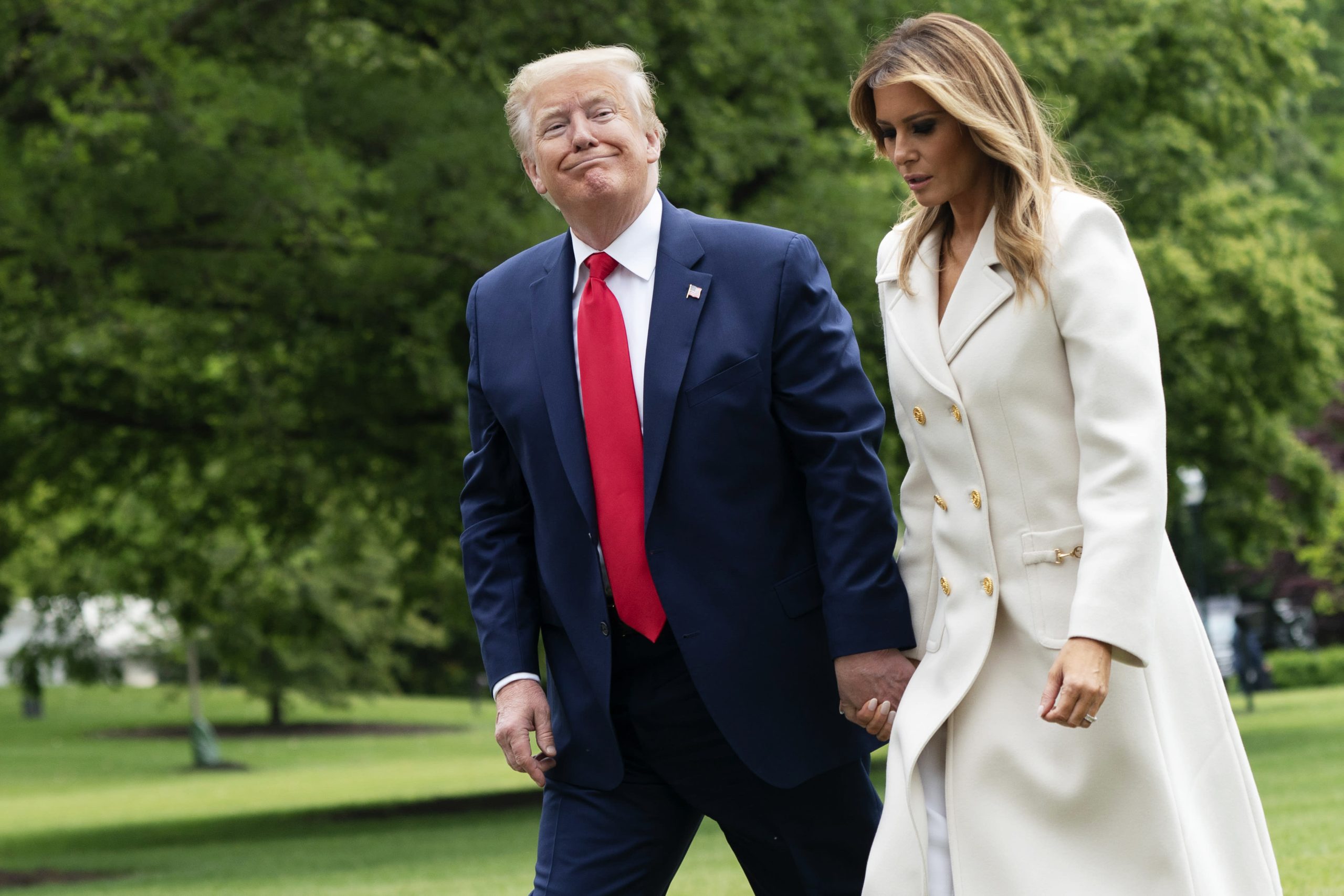 Twitter‘s policy carve-out for world leaders is facing another test with President Donald Trump’s latest tweets resurrecting baseless claims that MSNBC host Joe Scarborough should be investigated for the death of his former staffer.

Earlier this month, Trump tweeted questions about when an investigation would be opened into the “Cold Case” of “Psycho Joe Scarborough.” The unfounded accusation refers to the death in 2001 of Lori Klausutis, who was working for Scarborough when he was a Republican congressman for Florida. At the time, the medical examiner concluded Klausutis, 28, had fainted due to an undiagnosed heart condition and hit her head on the way down, finding no evidence of foul play. Scarborough was in Washington, D.C., when Klausutis died in his district office in Fort Walton Beach, Florida.

“I’m asking you to intervene in this instance because the President of the United States has taken something that does not belong to him â€” the memory of my dead wife â€” and perverted it for perceived political gain,” Klausutis wrote in the letter, which was dated May 21 and published by The New York Times on Tuesday.

Klausutis’ request is the latest test of Twitter’s world leader policy, which the company first announced last June. The policy makes exceptions to some of its content standards for heads of state, arguing that it’s important to maintain their speech for the public to evaluate for themselves. The policy says Twitter could still remove posts by world leaders in certain instances; for example, if they promote terrorism or violence or post personal private information on another person.

Twitter has yet to publicly make a call on the latest series of tweets. A Twitter spokesperson said in a statement, “We are deeply sorry about the pain these statements, and the attention they are drawing, are causing the family. We’ve been working to expand existing product features and policies so we can more effectively address things like this going forward, and we hope to have those changes in place shortly.”

New York Times opinion columnist Kara Swisher reported that Twitter is considering labeling Trump’s tweets as false and linking to reputable information about Klausutis’ death that would refute his insinuations. The company is accelerating efforts to strengthen a rubric of criteria for labeling world leaders’ tweets, sources told Swisher. The Twitter spokesperson would not confirm or provide comment on Swisher’s reporting. But any effort from Twitter to mitigate the problems caused by Trump’s tweets will likely come too late.

Meanwhile, Trump doubled-down on his claims in two more tweets on Tuesday. Trump tweeted that the idea of an investigation into Scarborough “was not a Donald Trump original thought” and was “going on for years, long before I joined the chorus.”

“So many unanswered & obvious questions, but I won’t bring them up now! Law enforcement eventually will?” he tweeted.

White House press secretary Kayleigh McEnany said Tuesday afternoon that she did not know whether Trump had seen Timothy Klausutis’ letter to Dorsey, but said, “our hearts are with Lori’s family at this time.”

Pressed by reporters as to why Trump insisted on repeating false accusations that were so hurtful to Lori Klausutis’ surviving family, McEnany dodged the question, instead claiming that it was Scarborough who should explain himself.

This is hardly the first time that Trump has publicly accused someone of crimes without citing any evidence. Over the course of his career in politics, Trump has accused dozens of government officials of “treason.”

As president, Trump has also demanded that the Justice Department launch federal investigations into his opponents, his critics and most recently his predecessor, former President Barack Obama.

But in recent years, several legal cases have sought to highlight the pain and hardship inflicted on families when their loved ones’ deaths are weaponized into false conspiracies. So far, courts appear to be siding with the families.

Following the 2012 massacre at Sandy Hook Elementary School, conspiracy theorists including InfoWars host Alex Jones peddled for years the false theory that the murders were staged. In response, families of the victims sued Jones and others involved in a campaign to deny that the school shooting ever happened.

Late last year, Sandy Hook parents won a defamation lawsuit against the author and publisher of a book that claimed the massacre never happened. Several other cases brought by families against Jones and InfoWars are still moving through the courts.

Twitter permanently banned Jones and InfoWars from its service in 2018, underscoring the differences between how the platform approaches regular users such as Jones and how it deals with world leaders such as Trump.

Trump and other conservatives have repeatedly accused social media companies, including Twitter, of displaying bias against conservatives through their content moderation policies. The Wall Street Journal reported Saturday the White House is considering creating a panel to review claims of bias on digital platforms.

But it’s not just the far right that has peddled the Scarborough conspiracy. In the past, the same refuted claims about Klausutis’ death have made the rounds on the far-left fringes of the internet, where they were embraced by conspiracy theorists who objected to Scarborough’s Republican politics. As recently as 2016, the left-leaning website Daily Kos published a blog post raising the same baseless accusations about Scarborough.

Trump and Scarborough have a complicated personal history that has shifted over time according to Trump’s political aspirations.

Prior to Trump’s election, the two men moved in the same New York and Florida social circles, and Scarborough, a former four-term Republican congressman, used to boast about giving Trump political advice.

During Trump’s 2016 campaign, Scarborough was criticized for having “too cozy” a relationship with then-candidate Trump. Back then, Scarborough and his wife and co-host, Mika Brzezinski, were frequent guests at Trump’s Mar-a-Lago club, and they even celebrated New Year’s Eve 2017 at the Palm Beach resort.

But as Scarborough and Brzezinski grew increasingly critical of Trump’s presidency during his first year in office, Trump turned on them, and the relationship has only grown more bitter over time.

Last December, Scarborough wrote in an op-ed for The Washington Post that after years of viewing Trump as a “cartoonish” character, he now sees him as something more sinister.

“At last, I saw this reality TV president as a malevolent character, inspiring fascist chants while proving to be more hapless than any of his [44] predecessors. All versions of Trump have been cynical and manipulative, but his latest incarnation has proved to be destructive to his party, his country and the world,” wrote Scarborough.