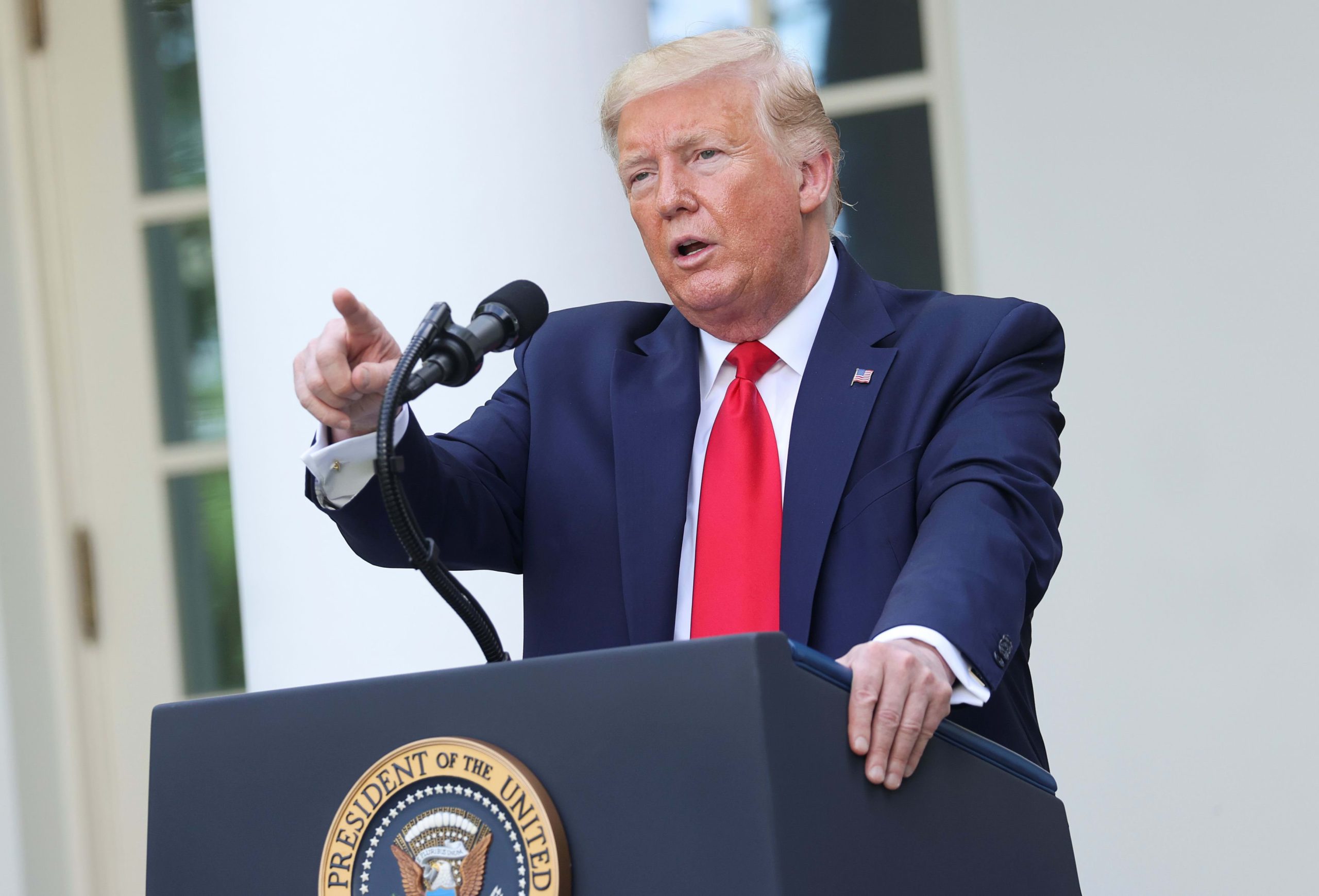 U.S. President Donald Trump takes questions after speaking about the coronavirus disease (COVID-19) outbreak and the cost of treating diabetes and in the Rose Garden at the White House in Washington, U.S., May 26, 2020.

“Conservatives should be very afraid of future administrations following President Trump’s example to bully social media platforms into suppressing political speech,” NetChoice President Steve DelBianco said in a statement ahead of the finalized order. The group represents Facebook, Google, Twitter and TikTok, among others.

Industry advocates warn that the order, which ostensibly seeks to protect free speech by stopping the alleged censorship of political views online, would have the opposite effect of its stated goal.

Conservatives have long complained of bias at the Silicon Valley-based social media companies, pointing to instances where conservative speech was removed. Social media companies have repeatedly denied the accusations and, on occasion, apologized and reversed decisions to remove posts, citing oversights and errors in their moderation processes.

Those instances have still sowed the seeds of distrust among conservatives, including Trump. While Twitter takes a more lenient approach with tweets from world leaders compared to its average user, the company fact-checked Trump’s tweets for the first time on Tuesday, angering Trump and his allies. The fact-check directed users to “Get the facts about mail-in ballots” with a link directing users to a page that said, in part, “Trump falsely claimed that mail-in ballots would lead to ‘a Rigged Election.’ However, fact-checkers say there is no evidence that mail-in ballots are linked to voter fraud.”

After the fact-check label was added, Trump wrote in a tweet Tuesday, “Twitter is completely stifling FREE SPEECH, and I, as President, will not allow it to happen!”

Facebook, for its part, has taken a different approach on political speech. The company does not fact-check ads by politicians and CEO Mark Zuckerberg told CNBC’s Andrew Ross Sorkin in an interview that aired Thursday that social media companies shouldn’t fact-check politician’s speech. Still, Trump is a much more frequent user of Twitter for sharing his daily thoughts.

The latest rebuke of Section 230

Trump’s executive order is the latest step in an attempt to scale back the tech industry’s liability protections for content moderation. The order, based on a working draft obtained by CNBC prior to Trump’s announcement, directs federal agencies to take on greater oversight and regulatory authority related to Section 230 of the Communications Decency Act, the law that distinguishes tech platforms from publishers by shielding them from liability for their users’ posts.

Congress and the Justice Department have both taken up reviews of Section 230 in the past year. Lawmakers across the political spectrum have criticized the statute, though most have tread lightly given that the law also allows tech platforms to engage in good faith content moderation, like removing terrorist posts.

Last year, Sen. Josh Hawley, R-Mo., introduced a bill that would grant Section 230 protections to tech companies’ only if they submitted to regular audits of their algorithms and content moderation practices to assess their political neutrality. Sens. Richard Blumenthal, D-Conn., and Lindsey Graham, R-S.C., introduced a bill earlier this year that would tie the protections to compliance with certain standards around child exploitation detection and reporting. Tech groups criticized that bill as a way to undermine end-to-end encryption, a privacy-focused process that obscures the messages between users from outsiders.

Daniel Castro, the vice president of the Information Technology and Innovation Foundation (ITIF), said in a statement on the working draft that Trump’s order “is an inappropriate use of the powers of the presidency and opens the door to legitimize similar actions by other political leaders around the world.”

ITIF is a non-profit think tank that has received funding from telecommunications industry groups, according to tax forms compiled by the The Center for Public Integrity.

“The long-term impact of such retaliatory policies would be a chilling of free speech online, especially counter-speech, a rise in disinformation, and a decline in innovative social media platforms,” Castro said.

Matt Schruers, president of the Computer & Communications Industry Association (CCIA), which represents Google and Facebook, described the president’s order as a form of retaliation against the tech companies.

“All Americans should be concerned to find a U.S. president issuing executive orders in response to a company that challenges the veracity of his statements,” Schruers said in a statement ahead of Trump’s press conference Thursday. “Social media companies — and all Americans — have an inviolable right to comment on what our government says. Ultimately we have to ask: are we a nation that tolerates its President retaliating against private companies for questioning his words?”

Effectiveness of an executive order

Outside of the tech industry, others criticized the use of an executive order in an attempt to roll back Section 230 protections.

“This does not work. Social media can be frustrating. But an Executive Order that would turn the Federal Communications Commission into the President’s speech police is not the answer,” Democratic Federal Communications Commissioner Jessica Rosenworcel said in a statement prior to the release of the finalized order. According to the working draft of the order, the FCC would be charged with creating rules about when content removal should be deemed “deceptive.”

“It’s time for those in Washington to speak up for the First Amendment. History won’t be kind to silence,” she said.

While the executive order could reinvigorate the conversation around Section 230 that’s been overshadowed by the Covid-19 pandemic, the action is limited without a change to the law from Congress. Courts have consistently upheld the liability protection.

Rosenworcel’s Democratic FCC colleague, Geoffrey Starks, said in a statement he’d review the full executive order once it’s released, “but one thing is clear: the First Amendment and Section 230 remain the law of the land and control here.” Starks said the focus should remain on connecting Americans to broadband service during the coronavirus crisis.

Republican FCC Commissioner Mike O’Rielly said in a tweet that Trump “has [a] right to seek review of [the] statute’s application.”

While he said that like Trump, he’s “troubled voices are stifled by liberal tech leaders,” O’Rielly said, “I’m extremely dedicated to First Amendment which governs much here.”