Latest News
Home /Trump campaign ran a Facebook ad implying he won the election, which is supposed to be against the company’s rules

Though Election Day is a week away, President Donald Trump’s campaign appears to have a victory ad ready to go on Facebook.

A video in the ad shows the president’s face superimposed on a sun, with a voiceover pulled from various sources. “It’s morning in America. Donald J. Trump is still president of the United States,” the video says. Flowers rise from the ground and open to faces, who scream, “NOOOO!” as the smiling president, now also a hummingbird, flits around.

Trump’s campaign, which also has ads that boast about GDP figures that haven’t been released yet and others that implore people to “vote today” with graphics reading “Election Day is Today,” appear to be its way of working within Facebook’s rules for political advertising leading up to the election.

Facebook said hours after publication of this story that it would be taking down the “vote today” ads. “As we made clear in our public communications and directly to campaigns, we prohibit ads that say ‘Vote Today’ without additional context or clarity,” the company said in a statement.

A company spokeswoman also said the “President Trump is STILL your President” ads were allowed, since regardless of the election outcome, the president will continue in his role until January 20.

The ads are visible in Facebook’s political ads library, a database of all political ads that run on Facebook, even though they’re not currently being paid to run in people’s News Feeds. But all the ads in the library did run at least temporarily in order to qualify ahead of Facebook’s new political ad ban that went into effect Tuesday.

Facebook announced last month that it would not accept new political ads the week before the Nov. 3 election, starting Oct. 27. Advertisers were able to submit and run new ads until midnight Pacific Time on Monday.

In its policies, Facebook says it does not allow “Ads with premature claims of election victory” if they’re related to voting around the 2020 election and are targeted to people in the U.S.

That policy opened the door for political advertisers to launch a variety of ads with different messaging that they could choose to promote later on, closer to Election Day. Any ads that received at least one impression, meaning they were seen by at least one person on Facebook, before the deadline would be eligible to run again during the week in which new ads are banned. Advertisers can change their spend and targeting for the ads, but they can’t change the landing page, creative, video, text or any links in the ads.

Put simply, ads just needed to run briefly before the Oct. 27 date to be able to run again after the deadline.

Democratic presidential nominee Joe Biden’s campaign also had a number of new inactive and active ads, but those largely appeared to have more vague messaging. Many ask for voters to answer a survey. Another ad reminds voters in advance of Election Day that people can vote as long as they are in line when the polls close. Some, launched Oct. 25, say, “Election Day is November 3rd – make sure your voice is heard and vote.” Others provided information about early voting in different states.

Any Facebook political ads, even those that have already launched, will no longer be able to run in the U.S. after polls close on Nov. 3 for an indefinite period. The company said this was “to reduce opportunities for confusion or abuse.”

WATCH: How Trump and Biden are using campaign apps to gather troves of voter data

GameStop jumps after hours as…

Companies are racing to build…

How Mike Speiser and Sutter… 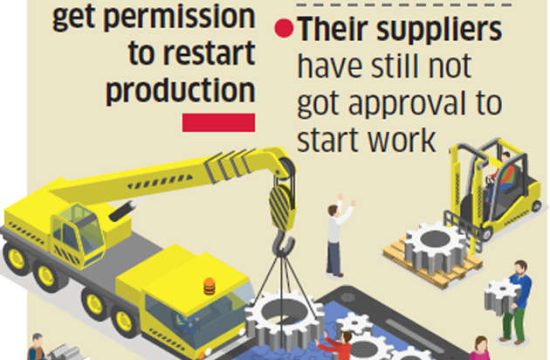 Going Viral: Keeping up with…

There are a bunch of…