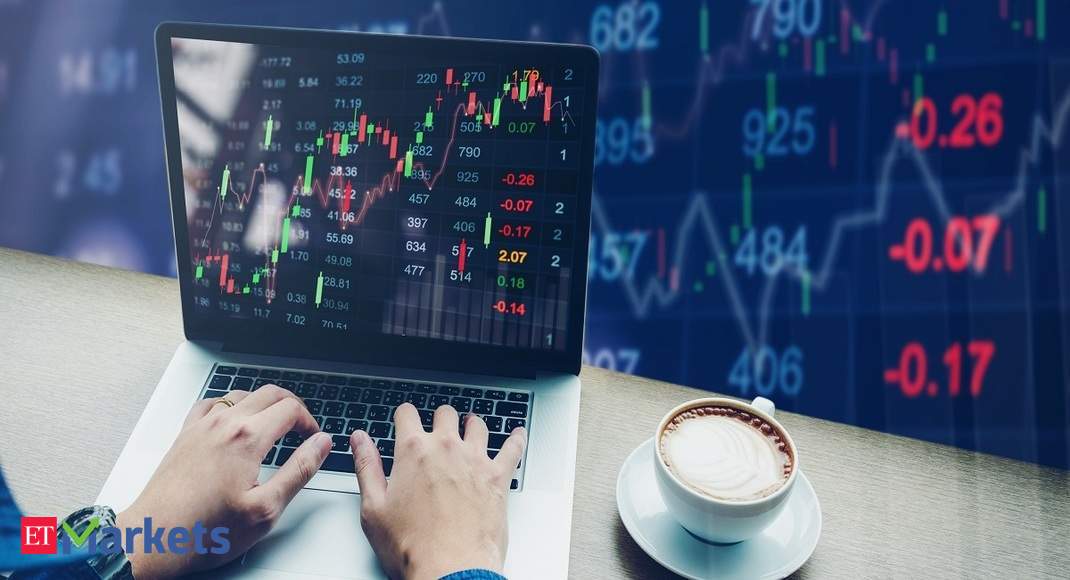 In a secular bearish day, Nifty began the week on a fragile note and ended with a deep cut. The market opened with a gap down as it adjusted to the global trade setup, which had turned particularly weak on Friday, when the Indian market was shut on account of Maharashtra Day.

Monday’s more concerning factor, though not at all unexpected, was that Nifty showed no inclination to recover at any point throughout the day. The headline index eventually ended by posting a net loss of 566 points (-5.74%).

On the anticipated lines, banking and financial stocks largely underperformed; this phenomenon will continue to persist.

Volatility surged intraday as India Volatility Index, India VIX rose sharply by ~27% but settled flat with a minor gain of 0.44%. This shows strong consensus in the direction of the trend. Nifty is precariously poised as it is set to resolve the Rising Wedge pattern with a downward breakout.

The Relative Strength Index (RSI) on the daily chart stood at 49.85; it remained neutral and did not show any divergence against the price. The daily MACD is bullish as it traded above its signal line. However, the slope of the histogram has been showing a deceleration in momentum over the past couple of days.

A Falling Window occurred on the candles. This is likely to have bearish implications as it has not only emerged following a test of a major pattern resistance, but has also resulted in a possible bearish resolution of the Rising Wedge pattern.

Pattern analysis of the daily chart showed Mondayâ€™s session resulted in the Nifty ending outside the lower boundary of the Rising Wedge pattern. A Rising Wedge pattern typically emerges following a bear market rally and tends to get resolved on the downside in most cases.

A total absence of any intraday recovery in the market and Niftyâ€™s ending near the low point of the day highlights the strong consensus among market participants on the direction of market trend. There are higher possibilities that Nifty will continue to exhibit a bearish directional bias for some more time.

Financial stocks will continue to underperform the headline index relatively. Just like Monday’s session, we recommend avoiding any purchases following any down move in the market. Any upside, if at all, will find resistance near the lower edge of the current area pattern.