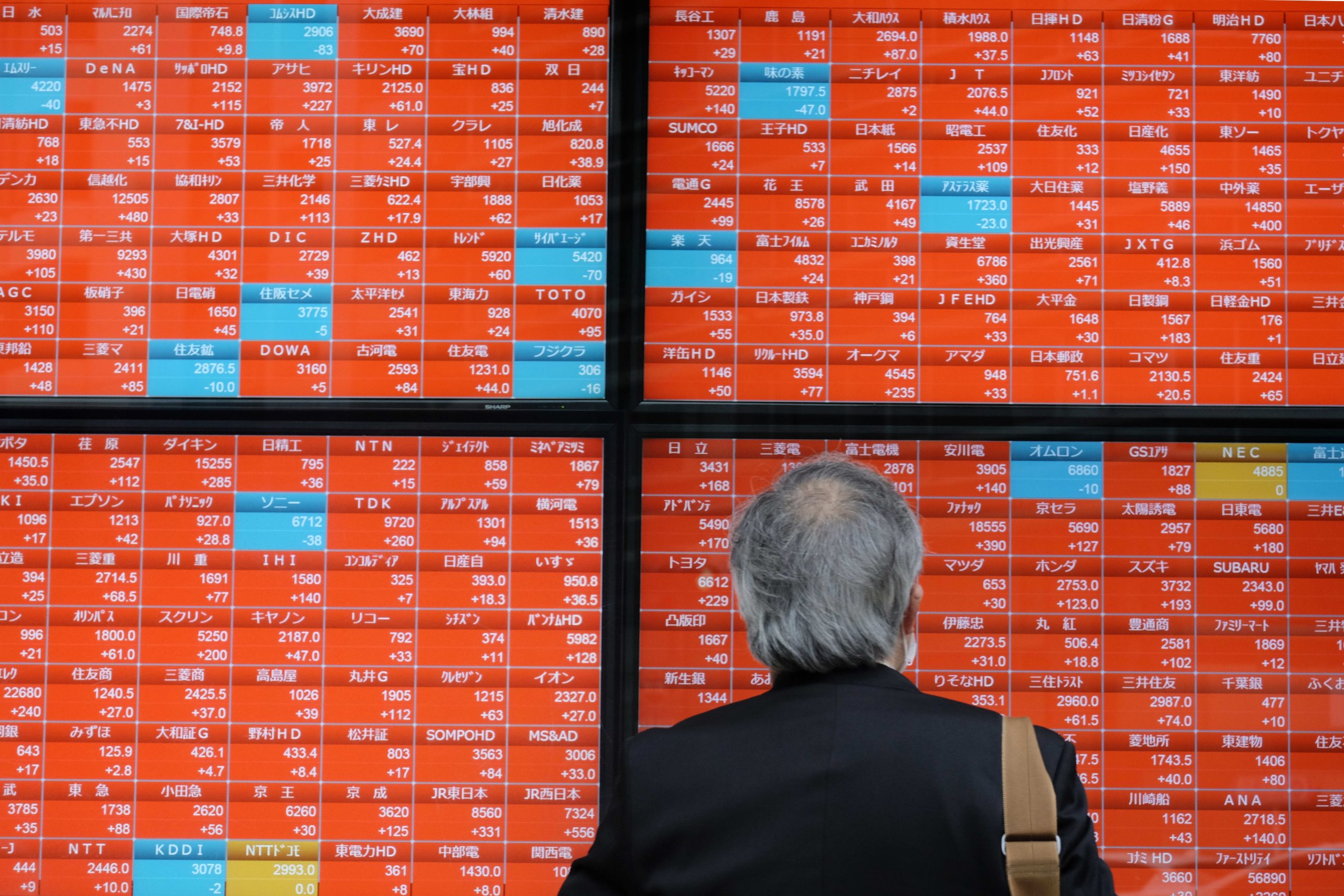 A man looks at an electronic quotation board displaying stock prices of the Tokyo Stock Exchange in Tokyo on May 26, 2020.

After reaping profits during the market’s rebound, some Robinhood traders are getting squeezed as the Dow violently reverses its winning ways with a 1,600-point plunge.

The most bought stocks on the free-trading app over the past 24 hours were all in the red Thursday, according to RobinTrack, which follows trading volume on Robinhood. The most bought name — Ford Motor Company — was down 9%, with some other top picks down double digits.

Robinhood traders had booked profits as stocks swung back into the green in recent weeks. The top names on the app, whose average client is 31, had some of the best returns in the past two months. Meanwhile, billionaire hedge fund managers who predicted stocks would retest their lows were left on the sidelines.

The Dow Jones Industrial Average plunged 6% Thursday and was heading towards its worst day since the March as coronavirus cases increased in some states that are reopening up from lockdowns. Shares that have surged recently on hopes for a smooth reopening of the economy led the declines. Traders dumped airlines, cruise operators and retailers after piling into those names over the past month amid expectations of a swift economic recovery.

“We see a lot of buying activity of specifically industries that were impacted by the pandemic,” Robinhood co-founder and co-CEO Vladimir Tenev said at the Piper Sandler Global Exchange & FinTech Conference last week. Investors traded “a lot in airlines, a decent amount of buying in videoconferencing, streaming services, some biopharmacuetical as well.”

Stanley Druckenmiller was one widely followed investor who misjudged stocks’ comeback, saying last week that he underestimated the power of the Federal Reserve and the strong bounce over the last three weeks “humbled” him.  Legendary value investor Warren Buffett sold his stake in airlines, which had rallied in recent weeks, during the pandemic.

On Monday, Barstool founder and sports CEO Dave Portnoy, who recently picked up day trading, slammed Berkshire Hathaway’ Buffett for unloading airlines. Portnoy told CNBC in May that he dipped into the market to get a sense of competition, and fill the void while pro sports were on hold.

“Why take profits when every airline goes up 20% every day. Losers take profits. Winners push the chips to the middle. … I should be up a billion dollars,” Portnoy said. “I’m just printing money.”

When interest rates are low,…

Starboard tries to find another…

How to shift between debt…