Latest News
Home /The week that was in 10 stocks: Reliance, Muthoot & stocks that rallied up to 27% 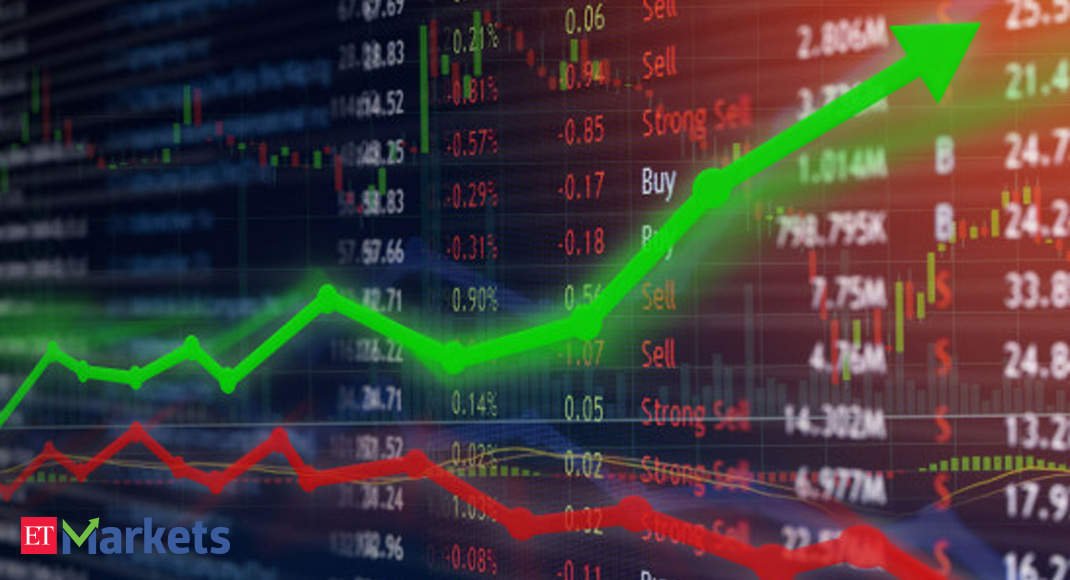 Mumbai: Indiaâ€™s most-valued company Reliance Industries stole the show in the week gone by as it became the first to cross the $ 150-billion market capitalisation mark in the country after declaring itself net debt free much ahead of the projected date.

The benchmark indices, Sensex and Nifty, logged 2.81 per cent and 2.72 per cent gains during the week, respectively, catching up with firm global markets. However, border tensions between India and China capped some gains.

A total of 338 of the BSE 500 stocks logged gains for the week. Market participants expect the rally to continue, but it will also closely watch the surge in coronavirus infections in the country.

Foreign portfolio investors (FPIs) sold equities worth $ 265 million over the past five trading sessions, while domestic institutional investors (DIIs) bought $ 457 million worth of equities in the same period.

Here are the keys stocks that saw movement last week:

Reliance Industries
The index heavyweight rose 10.74 per cent last week, and logged a record high of Rs 1,788.60, and analysts believe the dream run will continue. The oil-to-telecom conglomerate raised more than Rs 168,818 crore in just 58 days through Rs 115,693.95 crore collected from investors in Jio and another Rs 53,124.20 crore from a rights issue.

Stocks that gained up to 27.29%
Future Consumer: This stock vaulted 27.29 per cent last week, backed by reports that Reliance Industries is closing in on a deal that would see it acquire stakes in some units of Future Group.

Ashoka Buildcon: Ashoka Buildcon rallied 23.76 per cent in the week, as this road builder posted robust March quarter results. It reported a consolidated net profit of Rs 134.55 crore for the quarter ended March, compared with a net loss of Rs 10.23 crore in the year-ago period.

Adani Green Energy
Billionaire Gautam Adani-led Adani Green Energy has been riding high on order wins. Earlier this month, the renewable energy company bagged the world’s largest solar bid entailing building a photovoltaic power plant of 8,000 MW and said it is setting up a domestic solar panel manufacturing capacity of 2,000 MW, envisaging a total investment of roughly $ 6 billion. The stock is up 961 per cent over the last one year.

Ruchi Soya Industries
Edible oils firm Ruchi Soya Industries, which has been taken over by Patanjali Ayurved, has entered into the list of top-100 most-valued companies in terms of market capitalisation (m-cap) this month. The stock has had a stupendous run and has jumped a whopping more than 35,000 per cent so far this year.

Bajaj Finance
Bajaj Finance rallied 10.17 per cent last week, as it recovers from the steep correction it has seen since the lockdown was imposed. The stock which has been a multibagger, and has delivered nearly 5,800 per cent gains over the decade, is still down 36.3 per cent for the year to date.

Vodafone Idea
Telecom major Vodafone Idea corrected nearly 10 per cent in the week, after a stellar run. The Supreme Court on Thursday heard the adjusted gross revenue (AGR) matter related to a petition filed by the Department of Telecommunications (DoT) to allow telecom companies to make staggered payment over a period of 20 years of their remaining dues.

Dixon Technologies
Contract manufacturer Dixon Technologies jumped 14.16 per cent in the week and logged a record high of Rs 5,758 as the stock is riding high on the back of Indiaâ€™s plans of reduction in import dependency and shifting production to India,coupled with globally declining preference for manufacturing in China. The stock is a clear beneficiary of the â€œMake in Indiaâ€ initiative, analysts said.

Indian Energy Exchange
The stock of energy trading platform Indian Energy Exchange has gained 10.38 per cent this week. It has been gaining traction after it launched the real-time electricity market (RTM) on its platform at the start of June, a move that will help utilities buy and sell power just an hour before the requirement.