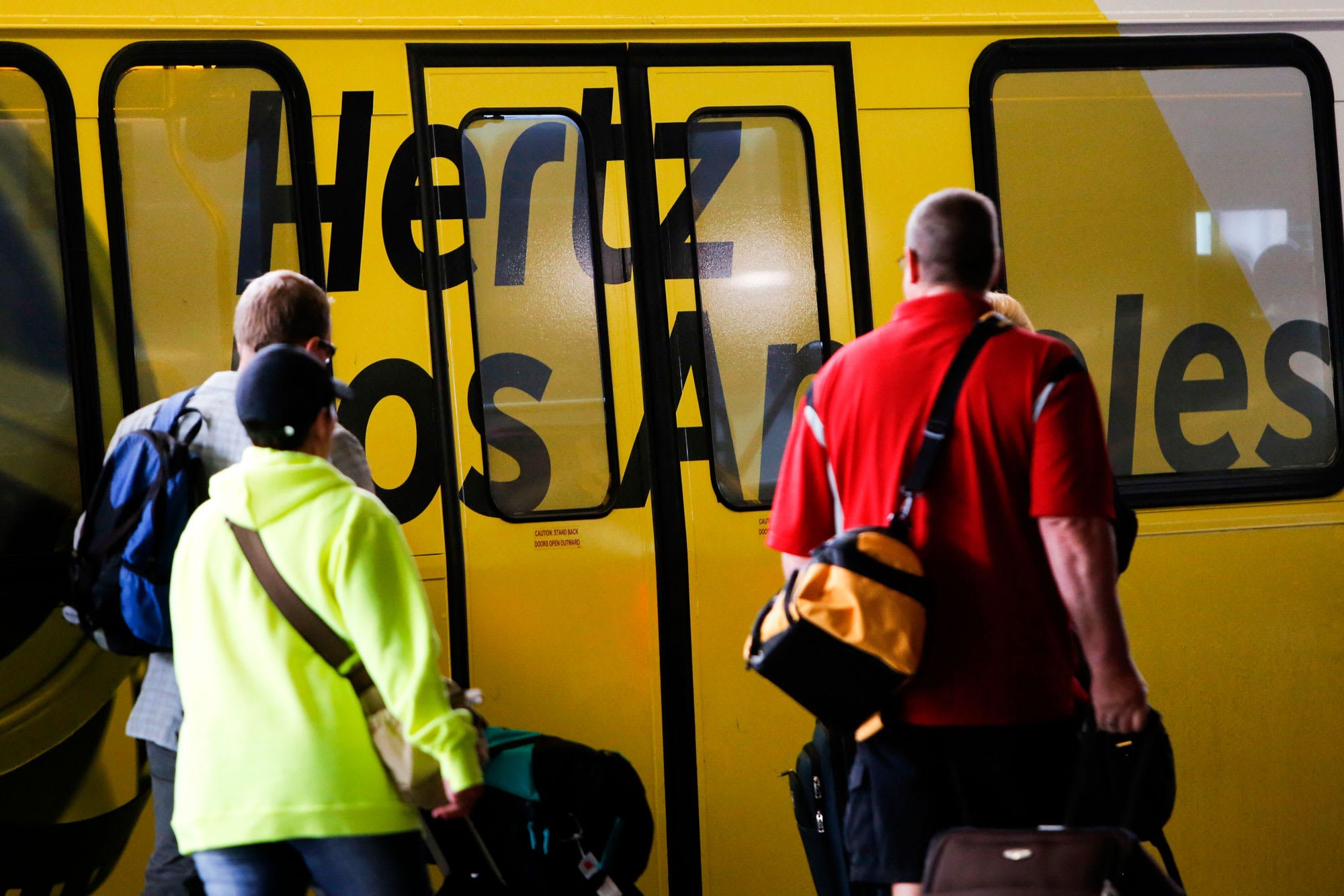 Passengers wait to get on a Hertz shuttle bus at Los Angeles International Airport.

To get a slice of one of the market’s most epic rallies, investors are snapping up stocks everywhere including shares in bankrupt companies, which in theory will be worth nothing.

Hertz, Whiting Petroleum, Pier 1 and J.C. Penney, which all declared bankruptcy amid the pandemic, saw their shares surging at least 70% each in Monday’s trading alone, some of which more than doubling. Imminent bankruptcy filers Chesapeake Energy and California Resources also skyrocketed from a few pennies to a couple of dollars in a matter of days.

The wild moves in bankrupt names came as the market rallies aggressively with each new sign of economic recovery and the coronavirus easing. The S&P 500 just completed its wild round trip on Monday, turning positive for 2020 after bouncing more than 47% from its March bottom.

With the economic conditions improving suddenly, investors are betting these bankrupt companies are now in better shape than when they limped into Chapter 11. However, to say the bet is risky is an understatement â€” Equity holders technically are last in line for payout and typically get wiped out in bankruptcy.

“Please do not get hurt in Hertz or Chesapeake as these are more likely to be worth little to nothing as common stock has the lowest priority in bankruptcy,” CNBC’s Jim Cramer said in a tweet on Tuesday.

“I know Chesapeake common stock is worthless,” Cramer said on “Squawk on the Street” on Tuesday. “A lot of people that are coming in and want to make quick money seem to think that if they buy Chesapeake, there’s going to be someone willing to pay higher. I question whether it’s really a long-term strategy and not just a dice roll, a back-alley dice roll.”

Many on Wall Street said this gambling-like behavior speaks to how speculative this comeback has been. Julian Emanuel, chief equity and derivatives strategist at BTIG, called it a sign of “euphoria” he last saw before the burst of the tech bubble.

“Something we really never think we’d see but we saw yesterday â€” Buying hundreds of billions of shares of bankrupt companies, sending their shares 100%, 200% and 300%,” Emanuel said on CNBC’s “Squawk Box” on Tuesday. “It’s sort of this speculative behavior that we saw at the end of 1999 and the beginning of 2020. It really doesn’t make rational sense.”

The rally in bankrupt and distressed names in part was boosted by retail investors on stock trading apps like millennial-favored Robinhood.

Trading activities in those companies on Robinhood surged in the days following their bankruptcy filings, according to Robintrack, which tracks Robinhood account activity but is not affiliated with the company.

“It’s great that Vegas is open again but who needs it when you have the stock market instead,” Peter Boockvar, chief investment officer at Bleakley Advisory Group said, referring to the surge in bankrupt companies.

“After an incredible run since March, we now have clear froth in parts of the market. We know this level of speculation has coincided with a sharp increase in the activity of retail investors,” Boockvar added.