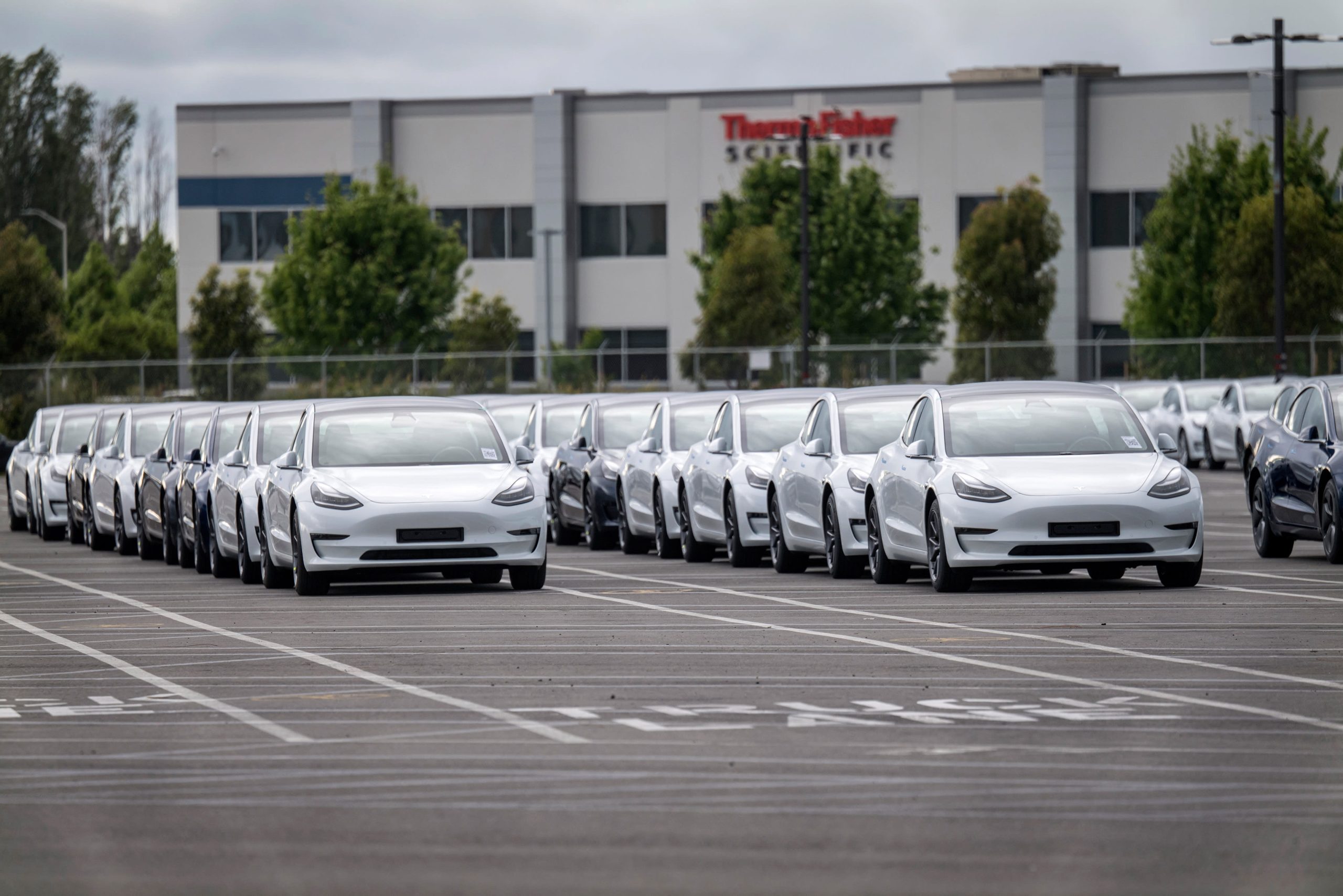 Tesla Inc. vehicles are parked at the company’s assembly plant in Fremont, California, U.S., on Monday, May 11, 2020.

Tesla employees returned to work this week at the company’s car plant in Fremont, California, as CEO Elon Musk reopened the facility in defiance of local Covid-19 health orders, bolstered by expressions of support from President Donald Trump and others.

According to internal correspondence, some production lines were running more slowly than usual. But at least some shifts were working as early as Sunday, and Models 3, Y, S and X were all being produced at Tesla this week by Tuesday. Workers also described measures like staggered shift times and surgical masks to help stem the spread of Covid-19, and said that Musk showed up on the floor and worked during part of a shift on Monday.

Meanwhile, local health officials in Alameda County, where the factory is located, are not backing down. On Monday, they sent a letter to Tesla ordering the company to wind back down to minimum basic operations at the plant.

Among other things, the county wants Tesla to create a better plan for screening the workers for Covid-19. Tesla employees commute to the facility from Fremont and reaches far beyond, including by shuttles and public transit.

Alameda County District Supervisor Scott Haggerty said in press interviews that the county and Fremont district had previously devised a plan to allow Tesla to fully reopen by May 18. Musk was not satisfied and wanted to resume vehicle production sooner.

California Governor Gavin Newsom said in a press conference on Monday that he was a long-time advocate and supporter of the company, and early adopter of its technology. “I have great expectations that we can work through at the county level the issue with this particular county, and this company, in the next number of days.”

Musk in the factory on Monday

Three Fremont employees told CNBC that when they returned to the plant for their shifts, their temperatures were taken at the entry and they were given surgical masks. Social distancing was possible at the factory’s entry, but became impossible during vehicle production, all of them said. They also said hand sanitizer dispensers had been placed throughout the facility.

Normally, they said, they wear personal protective equipment including boots with a hard toe, glasses or goggles and earplugs. The surgical masks were the only PPE addition to protect them against the virus.

These employees asked not to be named as they were not authorized to discuss company matters with press.

Employees’ break times were scheduled and staggered, so that people would not crowd into bathrooms and dining areas at the same times, according to a posted schedule shared with CNBC.

Musk personally thanked those who did return to work in an e-mail early Tuesday. He wrote, “An honest day’s work spent building products or providing services of use to others is extremely honorable. I have vastly more respect for someone who takes pride in doing a good job, whatever the profession, than some rich or famous person who does nothing useful.”

Two employees said they heard the mercurial CEO had been working during a C-shift on a Model 3 production line indoors at the sprawling facility, rather than in the tent-like structures where Model 3s and Model Ys are built in a more manual process. One claimed to have seen him at the facility.

Workers expressed concern about the possibility of contracting Covid-19 amid the crowd at the factory. They said as far as they could estimate, everybody but contractors had been called back to their shifts. One employee said he wished that Musk would not try to act like one of the rank and file factory workers, and would stop tweeting and causing a distraction.

Supervisor Haggerty, was not available for an interview on Tuesday, and declined to comment on how Fremont planned to respond to Tesla. His chief of staff, Shawn Wilson, told CNBC that some correspondence was sent by Tesla to the county overnight, and that Dr. Erica Pan, Alameda County’s Interim Public Health Officer, and her staff would be reviewing it on Tuesday.

The Monday letter from government officials ordering Tesla to revert to minimum basic operations is here: