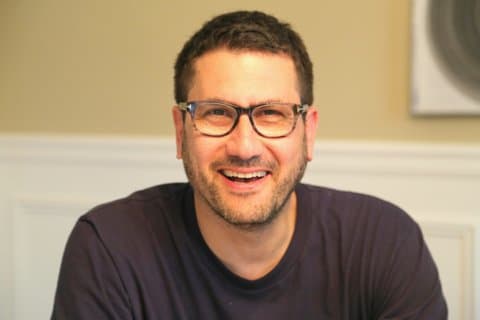 Talkspace, a company that provides online therapy, said it is ending its partnership agreement with Facebook following the company’s decision not to moderate a post from President Donald Trump that said “when the looting starts, the shooting starts.” Some interpreted it as a call to shoot looters.

“We will not support a platform that incites violence, racism and lies,” the CEO Oren Frank tweeted on Monday.

Frank told CNBC that the nature of the deal involved a partnership over content, as well as Facebook leveraging its mental health app to provide free therapy to certain audiences. Frank said the two companies initially discussed focusing its efforts on students. Talkspace’s blog, which currently deals with mental health during the pandemic, gets around 1 million unique views per month, he said. The deal would have involved Talkspace generating content for Facebook.

Frank said the deal would have netted “hundreds of thousands of dollars” for his company, and that it was in the making because of the Covid-19 pandemic.

Facebook has been increasingly focused on the mental health of its users in recent years. Both Facebook and Instagram, which it owns, have been criticized for increasing people’s anxiety because of its tactics it uses to promote the time spent on the social network. Frank has been among the most vocal of the company’s critics. In 2016, he wrote an op-ed describing social media as the new “cigarettes,” noting that the average American spends five hours on social media every day.

Frank said the deal was in final negotiations and that he pulled the plug on it after reading the news this weekend.

Facebook employees staged a virtual walkout on Monday to protest President Trump’s post from Thursday. On that post, the president wrote “when the looting starts, the shooting starts” in reference to the protests taking place around the country to raise awareness of racism and police brutality. Facebook did not take any action on Trump’s post.

The employees said that they believed this type of post violates Facebook’s platform standards. The company’s policies state that Facebook will “remove language that incites or facilitates serious violence.”

“We encourage employees to speak openly when they disagree with leadership,” a Facebook spokesperson told CNBC on Monday. “As we face additional difficult decisions around content ahead, we’ll continue seeking their honest feedback.”

Frank stressed that the deal, if finalized, would have been a revenue driver for his business.

“It’s a huge potential opportunity and a relationship with the largest media company in the world,” he said by text. “I don’t think they are evil people, but do think they turned out to be an evil company.”

Frank said he would resume discussions with Facebook if the company better moderates and curates its content.