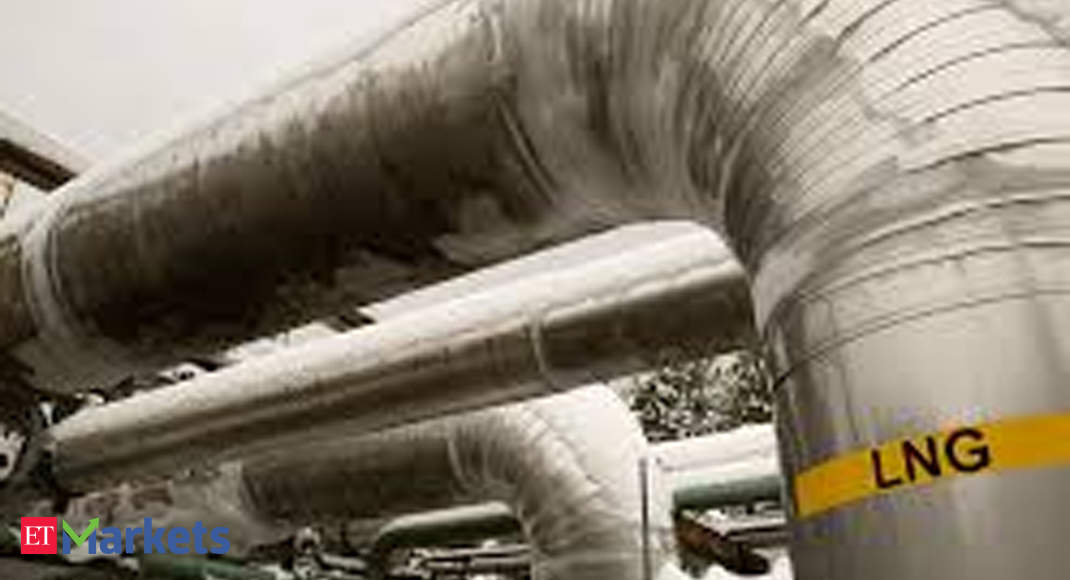 New Delhi: Spot prices of liquefied natural gas (LNG) have fallen sharply to $ 1.3 per unit, which has serious implications for India because it will be difficult to sell the fuel to factories as supplies under long-term contracts have a much higher rate of $ 5-7.

Industry fears a flood of disputes and litigation as factories are already struggling with very weak demand because of the lockdown.

LNG rates have been under pressure for more than a year due to a supply glut but the extraordinary demand destruction by the coronavirus pandemic and the difficulty in storing the super-cooled liquid has hammered global gas prices like never before.

International gas prices, a variable in the domestic price, have also been falling. Domestic prices fell 26% in the last six-monthly revision on April 1 to $ 2.39 based on the government-set formula. This triggered demands by local producers to lift all price controls. The formula price is derived from average rates at international gas hubs. Maximum price producers can charge for gas from fields located in difficult terrains has also dropped a third to $ 5.61 per mmBtu.

The average of spot-LNG prices in April this year was $ 2.4 per million metric British thermal Units, compared with $ 5.2 in last April and $ 6.4 in December, according to Japanâ€™s trade ministry data. LNG rates in the Asian region closely follow that of Japan.

With LNG rates under long-term contracts being several times the spot prices, industry executives say it would be difficult to sell gas to Indian factories, which want to cut energy costs as the economy reopens amid general demand uncertainties.

â€œEver since global spot rates crashed, itâ€™s been hard to sell long-term gas to customers. Following the lockdown, it may be harder to convince them to continue taking this gas,â€ said an executive at a state firm.

Gas marketers like GAIL, Indian Oil, GSPC and Bharat Petroleum procure LNG via one or more long-term contracts with suppliers in Qatar, Russia, Australia and the US. They make this supply available to city gas distributors or industrial customers under a contract that requires customers to pay even if they canâ€™t take gas during the contract period.

â€œThe disparity between long-term and spot is very stark,â€ said K Ravichandran, group head-corporate sector ratings at ratings agency ICRA. â€œAmid lockdown, consumers have declared force majeure but suppliers are not agreeing. Until the eventual suppliers like Qatar agree to it, the entire value chain will be caught in litigation.â€

Bigger consumers like fertilizer and power plants have a cost pass-through facility but other industries donâ€™t. â€œSmaller players would want to get out of such expensive contracts. But that could result in suppliers encashing their bank guarantees, resulting in legal disputes,â€ said Ravichandran. The current situation would hurt margins of gas marketers. Pipeline utilization is falling and that would diminish returns for operators.

Gas prices under long-term contracts with suppliers in Qatar, Russia or Australia are linked to moving average of crude oil prices for the past three or more months. GAILâ€™s US LNG contracts are linked to gas hub rates but high liquefaction and transport costs make it uncompetitive.