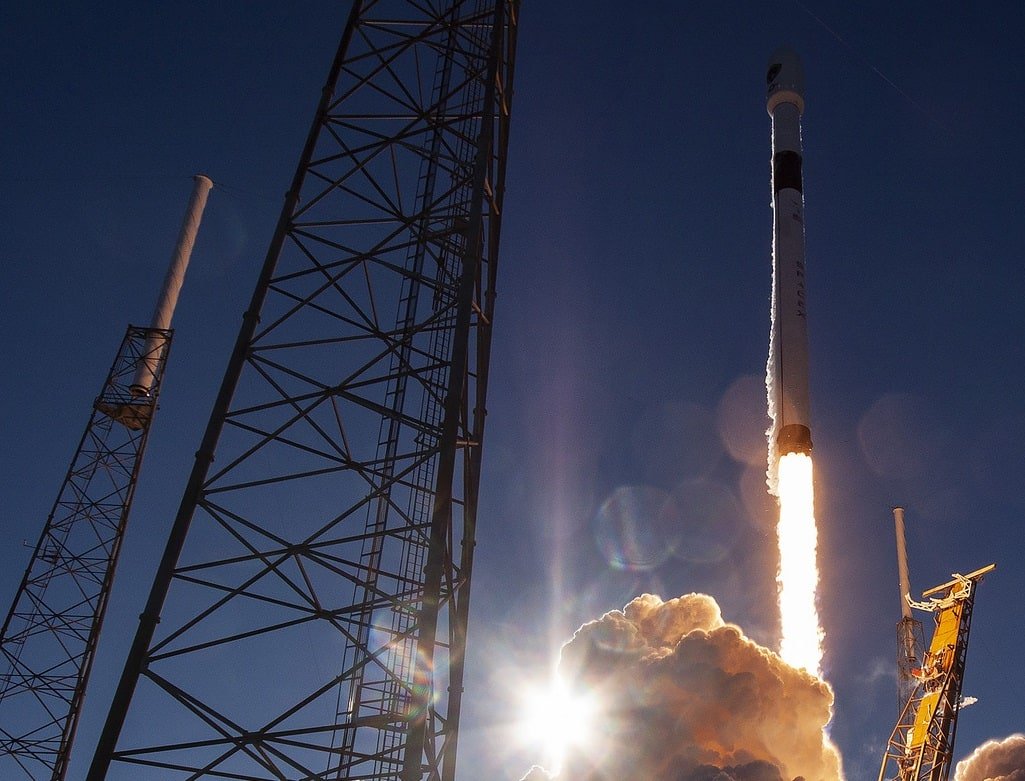 An artist’s rendering of a Momentus Vigoride transfer vehicle deploying satellites in orbit.

A space startup offering a “last mile delivery” service for spacecraft is continuing its deal spree this year, becoming an increasingly important player in the growing small satellite market.

Momentus, a Santa Clara, California-based company, has so far struck $ 40 million worth of customer contracts this year and announced on Thursday its latest deal with Dutch small satellite specialist ISILaunch. Its the eighth such deal Momentus has unveiled in 2020, with the company providing its orbit transfer services for ISILaunch on a SpaceX Falcon 9 launch in December.

The core of Momentus’ business is Vigoride, a simple vehicle that consists of frame, an engine, solar panels, avionics and a set of satellite deployers. The company calls it a transfer vehicle, akin to the delivery truck that would bring a package to its final destination after a large cargo aircraft delivered it to the airport. The Momentus transfer vehicle is especially important for satellites that hitch a ride on large rockets, an increasingly popular industry practice called ridesharing. Additionally, the company touts its transfer vehicles as adaptable to essentially any rocket available on the market.

The Momentus service essentially shuttles spacecraft from a rocket to each spacecraft’s intended final orbit, in what Momentus CEO Mikhail Kokorich explained as an “extremely cost efficient manner.”

“Vigoride is especially designed to use big rockets to distribute satellites in low Earth orbit,” Kokorich told CNBC. “From a single launch we can drop into multiple orbits, and just change altitude or change inclination, dropping you in several spots. Basically increasing the flexibility of a big rocket launch dramatically.”

The company launched its first demonstration mission last year, which proved that the key part of its transfer vehicle — the water plasma engines — worked. It has the first two missions for Vigoride lined up this year, currently slated for launch on a Russian Soyuz rocket in the third quarter and a SpaceX Falcon 9 rocket in December.

Momentus has raised nearly $ 50 million in capital to date, from investors including Prime Movers Lab and Y Combinator. It’s grown to more than 60 employees quickly after its founding in 2017.

Although its water plasma engines are key to Momentus’ business, Kokorich emphasized his operation is “not a propulsion company.”

Momentus pointed to market analysis by consulting firm Northern Sky Research, which issued a report in November 2019 that gave a very bullish forecast on the market for small satellites. The number of satellites launched each year has steadily grown, the report found, from 70 satellites in 2010 to 493 satellites in 2019 — and Northern Sky expects that to reach over 1000 a year by 2030.

Likewise, the report found that Momentus’ initial target market — small satellites launched to low Earth orbit, one of the most common destinations — would grow from less than $ 250 million in 2018 to about $ 750 million in 2020 and nearly $ 1.5 billion by 2024. That’s why Kokorich plans for Vigoride to be just the first of an increasingly more capable fleet of transfer vehicles that Momentus offers.

“In the big picture, we would like to build the infrastructure for industrialization beyond Earth in space,” Kokorich  said. “The first step is developing a last mile delivery in space transportation.”

“As a next step we need in our vehicles to deliver like stuff to high orbits, like other activities that can be an extremely unique service,” Kokorich added.

He believes the cost of transportation “is always the enabler of any industry.” The cost of launching satellites has steadily dropped, which Kokorich attributed to the competitive pricing that SpaceX has introduced with its largely reusable rockets.

“The larger the rocket you have, the more efficient you can launch the payload, because the proportion of the rocket mass is less,” Kokorich explained. “And the side of rocket reusability as a technology is pushing the price for rocket launches much lower.”

The market for Momentus’ transfer vehicles comes into play due to satellites becoming smaller and smaller, but needing a way to get from the orbit the rocket drops them off in to the orbit the spacecraft will operate in. Kokorich noted that small spacecraft have also created a market for smaller rockets, such as those by Rocket Lab, Virgin Orbit, Astra, and Relativitiy.

“That service is really valuable but it’s kind of like a private jet, when you need to be going very fast. The small rockets will forever be more expensive than large rockets,” Kokorich said.

Momentus is therefore focused on those rideshare customers, who want a cheap way to get to orbit but need a boost to get to the precise destination.

“It’s essentially created the need for last mile delivery, so [small satellites can use big rockets. It will not substitute in all cases small rockets, because sometimes you need to fly fast. But if you don’t need to fly fast, if you just need to deploy your stuff, you can do this much cheaper with Vigoride,” Kokorich said.