It is about time Indian investors found a way to add a pinch of overseas flavour to their portfolios to be able to generate robust alpha.

â€œEvery Indian investor has become poorer in dollar terms over this period,â€ he says.

Sharma, Vice Chairman and Joint Managing Director at Mumbai-based First Global, said the growth rate of the Indian economy has been trending downwards over the past few years. â€œThis is also visible in the subdued performance of the equity market,â€ he said.

Sharma is bang on with his numbers. The BSE Dollex 30, which is dollar-denominated Sensex, gained just 15 per cent in last 10 years, and is down 1 per cent for last five years.

â€œIndia delivered good returns going up to 2009-10, and after that, our market has not given any return to investors in dollar terms,â€ Sharma told the ETMarkets Investor Conference on Friday.

â€œIn contrast, investors who allocated even a moderate amount of money to global markets made good money,â€ he said. 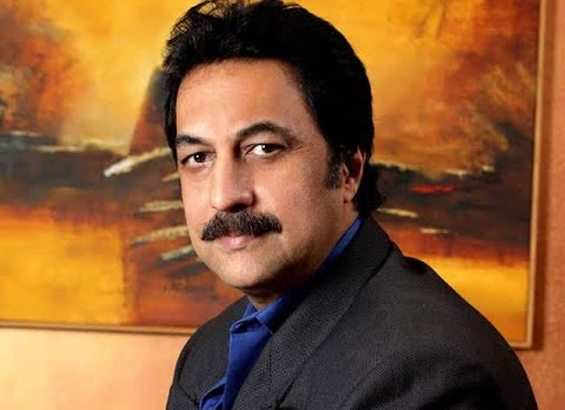 â€œDiversification does not mean just buying global ETF. Thatâ€™s the stupid thing to do. Leadership changes every year across the world,â€ he said.

Sharma advised investors to not limit themselves to equity alone while going into global investing. There are many interesting asset classes, including fixed income securities.

â€œIndians need to start thinking of diversifying their wealth outside of Indian equities. You need to get out of the mindset that everything has to be only in India. Our diversification strategy worked for us. We have received up to 150 times returns from Amazon and Apple. There is huge money to be made globally and in India. But in dollar terms, it is very hard to beat the dollar depreciation,â€ Sharma said.

The market veteran said investors should not have more than 20-25 positions, and each holding should not hold more than 5 per cent of weightage in the overall portfolio. â€œDo keep some allocation towards global investing,â€ he said.

Sharma said tight risk management is very important. In March alone, investors lost much of the gains they made over the years. BSE benchmark Sensex lost more than 23 per cent in one month.

He called the leverage space, such as NBFCs, the most dangerous spot in the India market currently, and advised investors to stay away from it.

â€œIt is pretty clear that there is large-scale damage happening to businesses. Thousands of businesses will probably never be able to come back. People will not be able to pay their EMIs soon and this is going to hit NBFC balance sheets,â€ Sharma said.

Despite the solid rally being seen in Indian stocks through much of April, Sharma advised investors to maintain a cautious approach. â€œIt happened after the vertical fall of March. This was expected,â€ he said.

The broad-based rally in April lifted benchmark Sensex over 14 per cent in April, while BSE Midcap index climbed 14 per cent and BSE Smallcap index 15 per cent.

Sharma said India has huge potential in terms of land and labour to grab the opportunity being created by global supply chainâ€™s move to shift out of China to other countries.

â€œIf I were the leader of India, I would go on a roadshow in major economies around the world, including the US, Europe, Germany and Japan, from where companies outsource production to China. I will flood every newspaper and TV networks across the world with invites to set up businesses in India,â€ he said.

Sharing his thoughts on the governmentâ€™s response in terms of fiscal stimulus, Sharma said the government is starved of cash. â€œI donâ€™t think much is coming. There will be something, but I don’t think it will be substantial. Revenue has taken a massive hit due to the ongoing crisis,â€ he said.

He said the richer countries to recover from Covid crisis very quickly. â€œIndia too will recover, but at a more gradual pace.â€