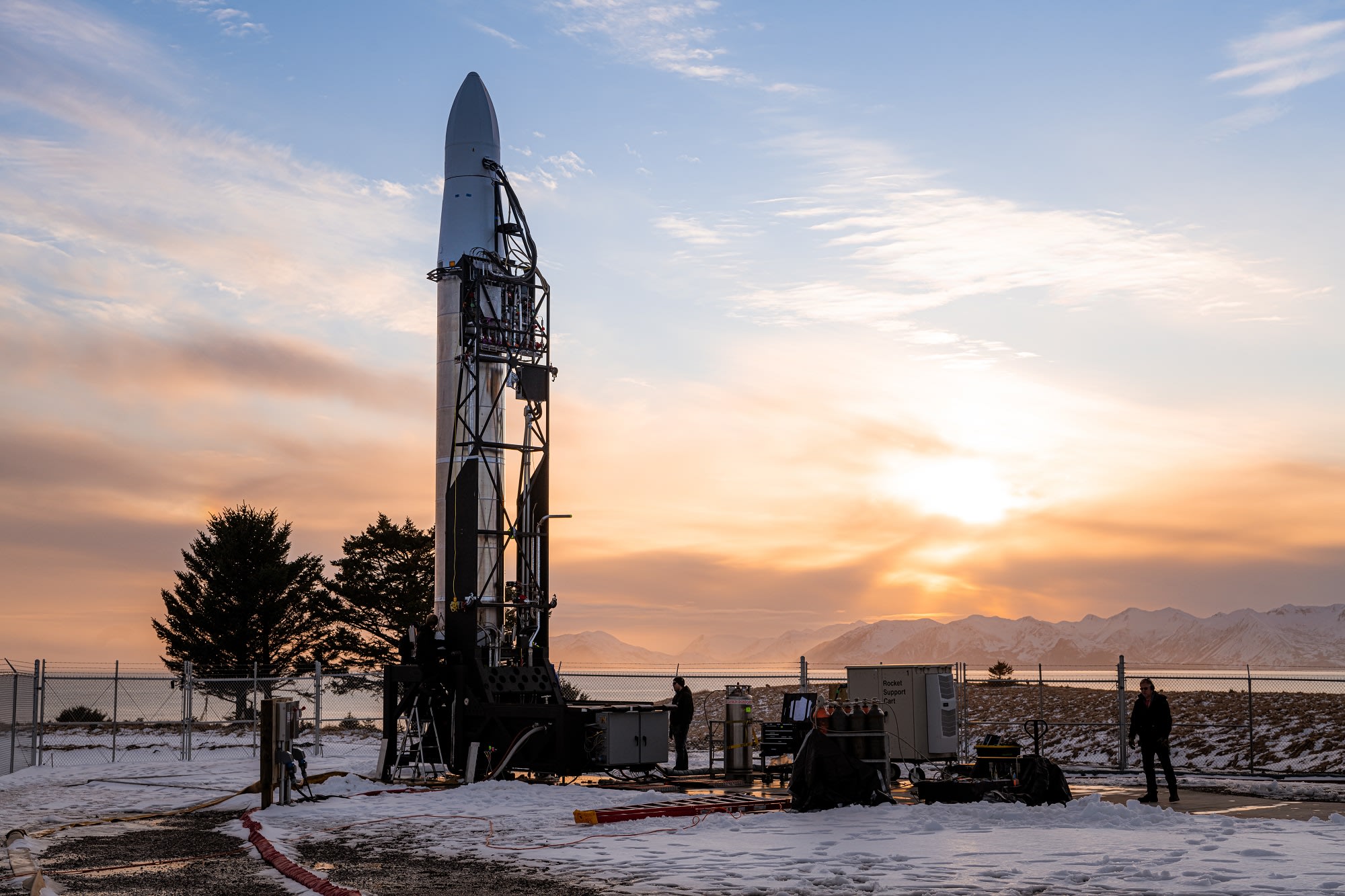 An Astra rocket standing on the launchpad in Kodiak, Alaska.

Rocket builder Astra will try again for its first orbital rocket launch in July, as the San Francisco-area startup navigates the coronavirus pandemic environment while trying to begin flying satellites to space regularly.

The company suffered a setback in March when a fire broke out as Astra was getting its Rocket 3.0 ready on the launchpad. But the company diagnosed that issue and will ship a new rocket up to Alaska at the end of this month, for a launch window that opens on July 20. Astra is aiming for orbit with this launch, although CEO Chris Kemp explained to CNBC on Monday that he defines success as a stable flight for the first part of the launch.

“Our strategy here is to see the first stage perform, and then we have two more flights,” Kemp said. “We still intend to iterate towards orbit.”

His company’s rocket stands about 40 feet tall and falls in the category of small launch vehicles. These small rockets have become more popular due to an increase in the number of small satellites and spacecraft, often the size of a mailbox or washing machine, looking for rides to orbit. Currently the small rocket business is dominated by Rocket Lab, which has launched 12 missions to orbit successfully.

While Astra has enough cash on hand to get to early 2021, Kemp said that he’s “going to be restarting that fundraising process” in the next month. Astra previously planned to raise new capital in the second quarter but that changed when the pandemic hit.

“That is a function of the market recovering, at least for now,” Kemp said. “I think our calculus has now shifted a little bit, because there’s been a lot of inbound interest about investing in the company right now.”

Astra trimmed its staff through a mix of furloughs and layoffs when the coronavirus pandemic began, but Kemp said that the company’s been able to bring back 10 of those who were furloughed. The company now has a total of 119 employees, including eight who remain furloughed.

“We brought those folks back because they accelerated our ability to deliver another launch in July,” Kemp said.

Next week Astra plans to do a test of its Rocket 3.1 at the company’s headquarters in Alameda, California. Known as a “hot fire,” Kemp said the test will see Astra fire up the rocket’s engines for 10 seconds.

“Then we pack it up and ship it up to Alaska,” Kemp said.

Astra tests a rocket at its headquarters on the San Francisco Bay in Alameda, California.

Kemp went into more detail about the company’s March anomaly, which destroyed its Rocket 3.0 during launch preparations. He said that, “after a really successful rehearsal,” a valve on the rocket stuck open while Astra was letting the fuel out of the rocket.

“It occurred during a phase of the tanking process where the relief valve couldn’t relieve the pressure fast enough,” Kemp said.

The valve is a piece Astra had built in-house and tested “thousands of times successfully,” Kemp noted. It took several months of Astra trying to reproduce the failure before the company found the root cause. In the process of doing that, Astra also put in three levels of redundancy so it won’t happen again.

“So it’s kind of like a big pause button was pressed, and then we’re hitting play again,” Kemp said.

Demand for launch during the crisis

Astra is one of many companies in the space industry deemed “mission essential” by the Pentagon when the coronavirus crisis began. After nearly a decade of private capital flowing into young and growing space companies, analysts say the pandemic froze funding and some executives described a “slog” ahead for the industry. Kemp agreed that COVID-19 has had an impact, saying that “it’s made a lot of things a little harder” and created friction in his company’s development.

Only about 15% of Astra’s employees were coming into its facilities daily in March, but that number has gone back up to 90% now, Kemp noted. A big part of Astra’s push to get back to the launchpad is that the company has a huge backlog of customers that are waiting to fly various payloads,” Kemp said. He added that the company has not “lost a single customer” during the crisis and has actually “increased the number of things that we’ll be flying for them in every case.”

“I think that speaks to the demand that’s out there and the lack of supply,” Kemp said.

A single customer can buy a dedicated Astra launch for about $ 2.5 million. That makes its rockets competitive against other companies offering small rocket rides to space, as Rocket Lab’s larger Electron goes for about $ 7 million.

Kemp emphasized that Astra remains focused on scaling its product. Its first step is getting to orbit within the next three launches. But after that, Kemp says Astra will be able ramp up its production due to the simplicity of its rockets. Astra’s production doesn’t use carbon fiber or 3D printing, which Kemp described as “high cost manufacturing” processes and “terrible ways to make anything at scale.” Astra has brought 95% of its supply chain in-house, which Kemp said means “we literally take raw materials in one loading dock and send rockets out the other.”

Despite the company’s vertical integration, the COVID-19 environment has meant Astra has had to dial back its aggressive approach. It’s spread out its launch schedule, going from a launch “every month or two” to one launch per quarter.

“We’ll learn what we can from it and then the quarter later we’ll come out and we’ll fly again,” Kemp said. “You want to keep the cost of failure low and keep the velocity of learning high.”

Astra has several rockets being assembled currently, with Rocket 3.2 nearly finished and Rocket 3.3 close behind it. But Astra was incorporated less than four years ago in October 2016, making Kemp feel like he has some breathing room to get to orbit. He compared Astra’s progress to that of SpaceX and Rocket Lab, as those companies reached orbit 6 years and 12 years, respectively, after being founded.