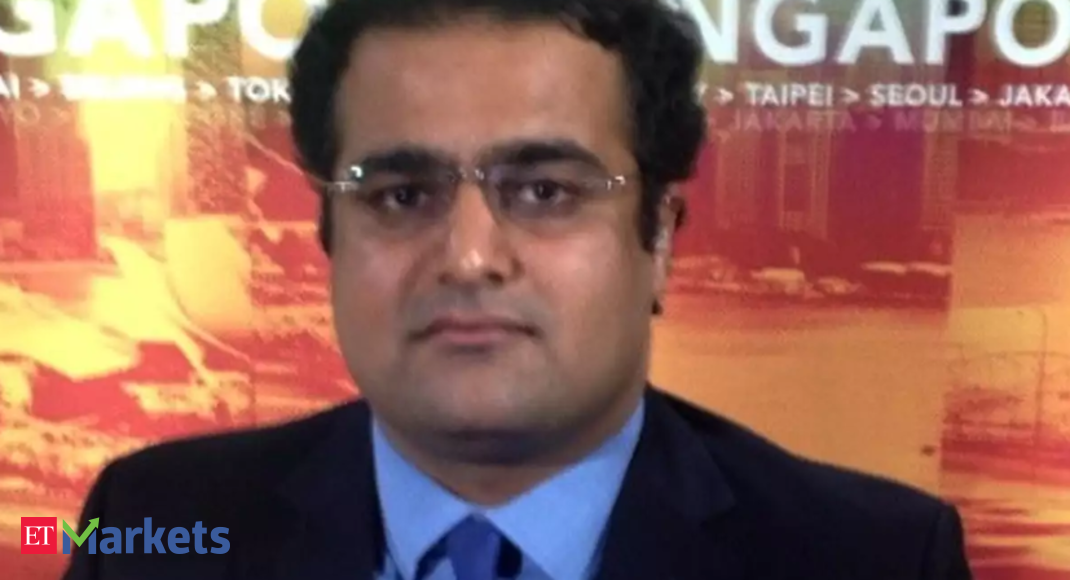 What your outlook for emerging market fund flows? It seems April outflows around could be closer to $ 10 billion, but outflows from India have decreased significantly to just about $ 0.5 billion this month versus nearly $ 8 billion in March. What exactly are the kind of trends are you looking at and what is the story when it comes to liquidity in India?
On the whole, we are seeing a lot of diversity across emerging markets. In the first leg, if you may call it for quarter one that we saw, countries all over Asia were under the knife of the whole Covid-19 situation, and things were deteriorating. As a consequence, we saw markets going down; we saw a lot of outflows happening from these markets. Now although April numbers are suggesting perhaps outflows are starting to slow down and things are improving, but there is a little more storm in store for us. Because coming as a fortitude not only are Covid-19 cases surfacing in Latin America, but we also have seen the shock to energy price crash, in particular oil, and that is going to put a lot of pressure on a lot of emerging markets, including on the Latin America side.

But in India, on the whole, the situation looks slightly better, because they are likely to see a windfall from these declining oil prices that we are seeing right now, and it is going to help them curtail some of the external deficits. Having said that, India still has a twin deficit, both on the fiscal side and on the credit side, and GST collections are down about 8% year on year. With businesses closed down right now, GST collections will likely to take a further hit. So, there are these challenges which mean although there is a great need for India to expand the fiscal deficit, it is going to be a bit of a challenge and this is what foreign investors will be watching out for.

How does India stand vis-a-vis other emerging markets at a time like this? Is there a growing chance to seeing some sort of a stronger value and an emerging market rebound?
We can roughly break up all these emerging markets into two groups; one are those markets which have got fiscal and trade surpluses, which means they have a lot of room to navigate this difficult market environment that we are going through right now. And then the other set of countries are those which have deficits on both the fiscal and trade side, and both of which may end up increasing given the situation right now.

Now India, I would say, is somewhere in the middle, because they have the fiscal deficit and it is likely to expand further; it is around 3.3% of the GDP right now, likely to go up north of 5% as the government has to step in and provide support to the economy. On trade surplus side, it has been coming down compared on a year-on-year basis, from $ 15 billion to around $ 9 billion and this will likely go down because of the windfall that we are likely going to see on the oil side. But on the whole, what is standing out for India are essentially two factors; one is that despite negative downgrades for economic growth by IMF across emerging markets, India is still one of those economies that are projected to grow this particular year despite all the challenges. The second thing is there could be some kind of a positive benefit for India from the fact that developed markets may start thinking about how much their economies are exposed to supply chains in India, and if there is a pivot away from China, then India is definitely the next biggest market that can absorb that kind of scale and can step in to provide support to global supply chains. That will be a positive driver for the economy going forward. But as I mentioned, on the negative side we have this whole issue about whether the government can sustainably raise tax revenues and make sure it is able to keep fiscal deficit in check. So it is going to be a wait and watch situation. A lot of investors would be looking at how the earnings pan out now and in Q2 as well in particular companies, and then we will see how the situation goes from there.

Wanted to get your views on the big headline this morning: Franklin Templeton Mutual Fund voluntarily winding up six of its fixed income debt schemes. They have explained the rationale and you have got a lot of retail, HNI and corporate investors who park their money in these funds. Just give us a sense as to how you are reading this kind of a news, because clearly with inflows having reduced significantly, they are of the view that it is no longer possible for such schemes to generate liquidity for redemptions. Do you think this is the start of some sort of a trend that we will see in the mutual fund industry? What is your view on how the situation really has played out when it comes to retail investors, in particular?
Generally across the board, when it comes to fixed income assets, the high yield side has especially been under stress. Even on the hedge fund side that we have been tracking, if we look at structured credit hedge funds, they are down almost 20-24 per cent for quarter one this year, which is one of their biggest losses since the 2008 Global Financial Crisis. If we look at some of the high yield investing in fixed income strategy, they have been under pressure, high single digits to double digits losses right now. On the Indian side and on the mutual fund side as well, there is of course this concern that the value of the underlying holding is likely to go down. Then from a foreign investor perspective, there is also this concern about how the currency is going to hold up against the US dollar, given the volatility that we are seeing.

So it is going to be a bit of a challenge on their side. The next three months are going to be critical. More and more of this thing is going on India right now, and that is going to show us exactly how bad the situation is on the ground and from foreign investor perspective. It is a wait-and-watch approach to see exactly how deep some of the cuts are going to be in earnings in the light of what is happening in markets.