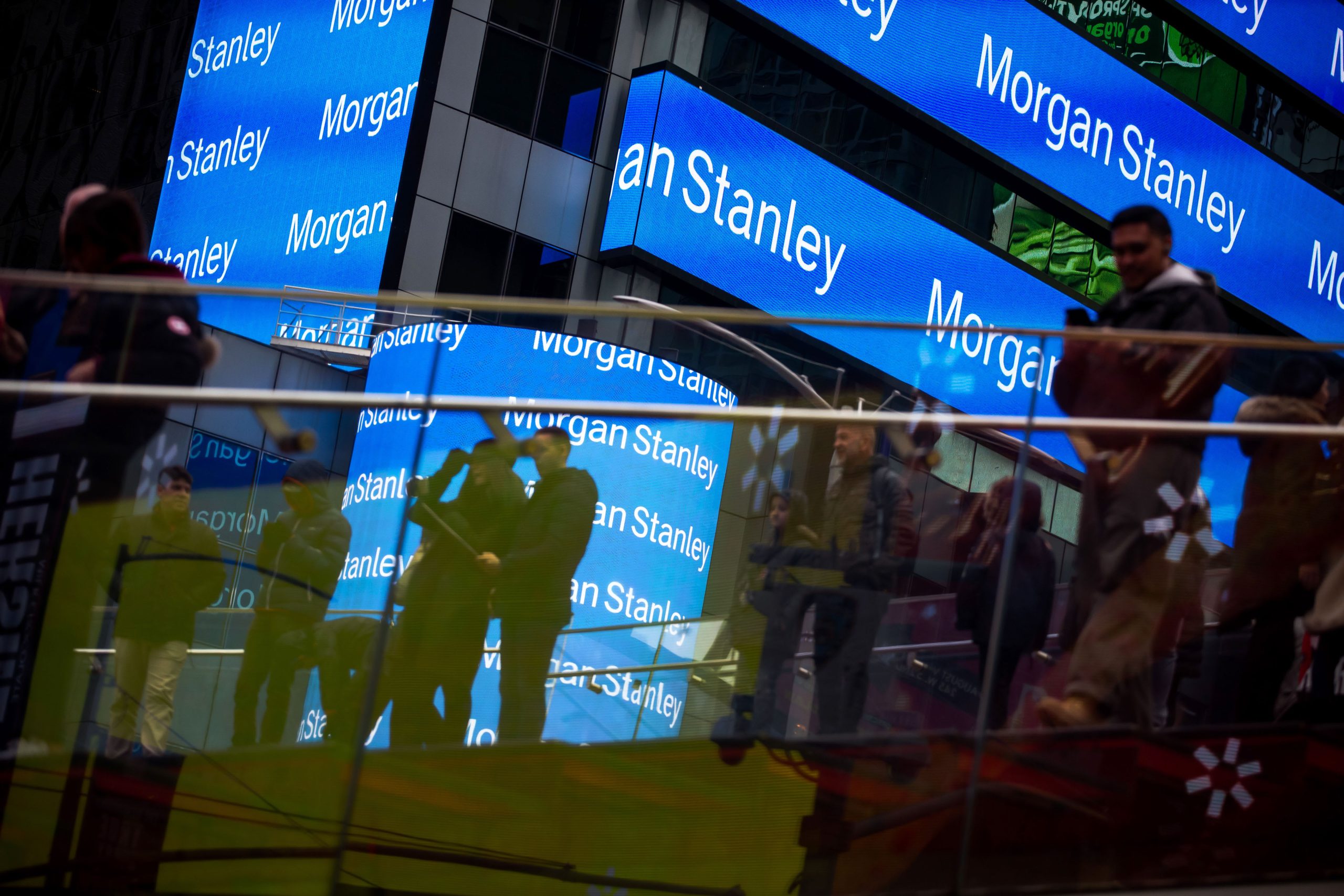 Signage is displayed outside Morgan Stanley & Co. headquarters in the Times Square neighborhood of New York.

Morgan Stanley is planning to kick off the return of trading personnel to its New York headquarters in mid to late June, according to people with knowledge of the situation.

The firm expects that, at least at first, only a small number of traders and workers in other departments will make use of the option, said the people, who declined to be identified speaking about the bank’s internal goals.

Morgan Stanley’s plans make it one of the first Wall Street firms to bring more employees back to the trading floor after months of working from home. Rival Goldman Sachs has also said it would bring some trading personnel back to offices in the next several weeks, and together the firms will provide an early test of whether the financial capital of the world can safely reopen amid the coronavirus pandemic.

Morgan Stanley managers have been plotting for weeks on how to bring employees back to its Times Square headquarters, helped in part by what they’ve learned by reopening their Asia offices, according to the people.

The bank is part of an informal consortium of financial firms, including JPMorgan Chase, Wells Fargo, UBS and Macquarie that share information on how the industry will reconfigure its physical spaces, the people said. While the industry’s plans have mostly been kept under wraps, Citigroup CEO Michael Corbat said this week that the bank is reopening to employees as early as July.

The news comes as New York City officials are planning to reopen parts of the city next month as deaths and new coronavirus cases have abated.

When workers do return to Morgan Stanley, they will find an office that’s very different from the one they left: Employees will have to queue up to get their temperatures checked before entering the building.

Inside, signage will direct people where to walk so they don’t bump into each other. Only two or three people will be allowed in an elevator at a time. Employees will get welcome kits with masks and hand sanitizer, and will be required to wear masks in most situations except when sitting at desks, the people said.

Most meeting rooms will be shuttered, and the corporate cafeteria will likely only offer boxed meals that can be ordered via app, said the people. These plans could change and are contingent on guidance from local and national authorities including the Centers for Disease Control and Prevention, the sources said. Workers who don’t feel comfortable returning won’t be forced to, they said.

While CEO James Gorman said last week at the bank’s annual shareholder meeting that he expected no more than 50% of workers to return by year-end, internal planning groups expect far fewer workers will return at first, perhaps 20% in most businesses, as the shift to remote work has generally gone better than expected.

In March, the coronavirus ushered in unprecedented volatility in stocks and record activity in debt markets, but trading desks have mostly met the challenge. That has led executives to declare that, for the first time in Wall Street’s history, some employees may be able to work remotely on a permanent basis.

Gorman himself marveled at his bank’s first-quarter results in an interview last month, which coincided with ten of the highest-volume days for stocks on record.

“If you told me three months ago we could have 90% of employees out of the office and be functioning with the volumes we have had,” Gorman told CNBC, “I would’ve said the probability of that being pulled off is close to zero, but it happened.”