Latest News
Home /India will have a â€˜Nike Swooshâ€™ recovery, not a V- or U-shaped one: Abheek Barua

Mumbai: Abheek Barua, Chief Economist at HDFC Bank, says the Indian economy will not see a V- or U-shaped rebound, but most likely have a â€˜Nike Swooshâ€™- shaped recovery, when the disruption from the deadly coronavirus and the subsequent nationwide lockdown tapers off gradually.

Addressing ETMarkets Investor Conference on Friday, Barua expressed hope that the economy would be back on a strong footing in financial year 2022.

â€œIt is a V-shape recovery with one tail of the V stretched out. A lot of the tail is dependent on the trail of the virus,â€ he said.

Mark Zandi, Chief Economist at Moodyâ€™s Analytics, first used the term â€˜Nike swooshâ€™ in late March in his forecast for the world economy, suggesting that unlike a V- or U-shaped rebound, the recovery from the Covid disruption may start quickly and the move up can become gradual.

â€œMy bet is that by autumn, we will not have vaccines, but therapies, in place,â€ Barua said.

He said Indiaâ€™s response to the endemic has been as â€˜boldâ€™, but the stimulus has been small. He felt more could be done from the monetary side. 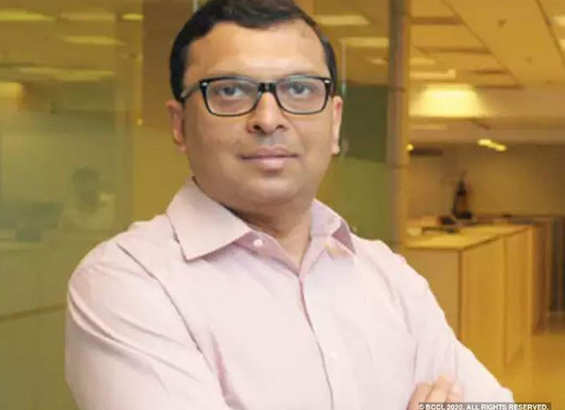 â€œOne is the response to the infection itself â€“ which is bold. We would have been far worse had we not been locked down,â€ Barua said.

In late March, India first shut down its airspace to international flights, and then announced a 21-day nationwide lockdown, which then was extended twice; first up to May 3 and then till May 17.

â€œIâ€™ve been disappointed and a bit fidgety about them not announcing anything (stimulus package), especially since other countries have gone the whole hog. I just hope this is the time to slowly show the world what you have in your armour,â€ he stressed.

â€œWe need to see that also for any sort of sustained recovery to be credible,â€ he said.

The frontline economist expects some easing of the restrictions in the third phase, and said the country needed to restart economic activity in the light of lower stimulus, and also because there is less room for it.

â€œWe have had the most stringent lockdown, and the smallest stimulus package. We are reasonably sure that we donâ€™t have the money to do the large-scale benefit transfers to everyone in the population,â€ Barua said.

He pointed out that such benefit transfers were not possible in terms of Indiaâ€™s fiscal constraints, considering that it is an emerging market. â€œWhat do we do then? We need to get the economic activity going as soon as possible,â€ he said.

Barua warned that recovery from the lockdown is a big challenge. â€œOn one hand, there are public health imperatives such as red zones etc, and on the other hand, there will be supply chains and delivery chains in such zones which are reasonably integrated. Itâ€™s a nightmare. It will take some time to navigate,â€ he said

He said the service industries should be able to get past this quickly, as production in the virtual universe is easy, Barua said. â€œIn the short term, I would be careful about sectors such as auto, heavy industries and focus more on services such as IT and telecom, and then there are no brainers such as pharma,â€ he said.

There has been rising risk aversion against China since the coronavirus breakout, with some companies trying to shift production out of the country. Economists and analysts are looking at India as a potential beneficiary of this shift.

â€œPotentially, we can grab a significant part of business in different sectors. There is hope there. It depends on how quickly we can push through some of the much-needed reforms,â€ Barua said.

â€œWe need to respond to the industriesâ€™ needs and make India 75-80 per cent as efficient as China,â€ he emphasized.