Latest News
Home /In crisis, some start-ups are surging â€” and saying ‘no thanks’ to hungry investors 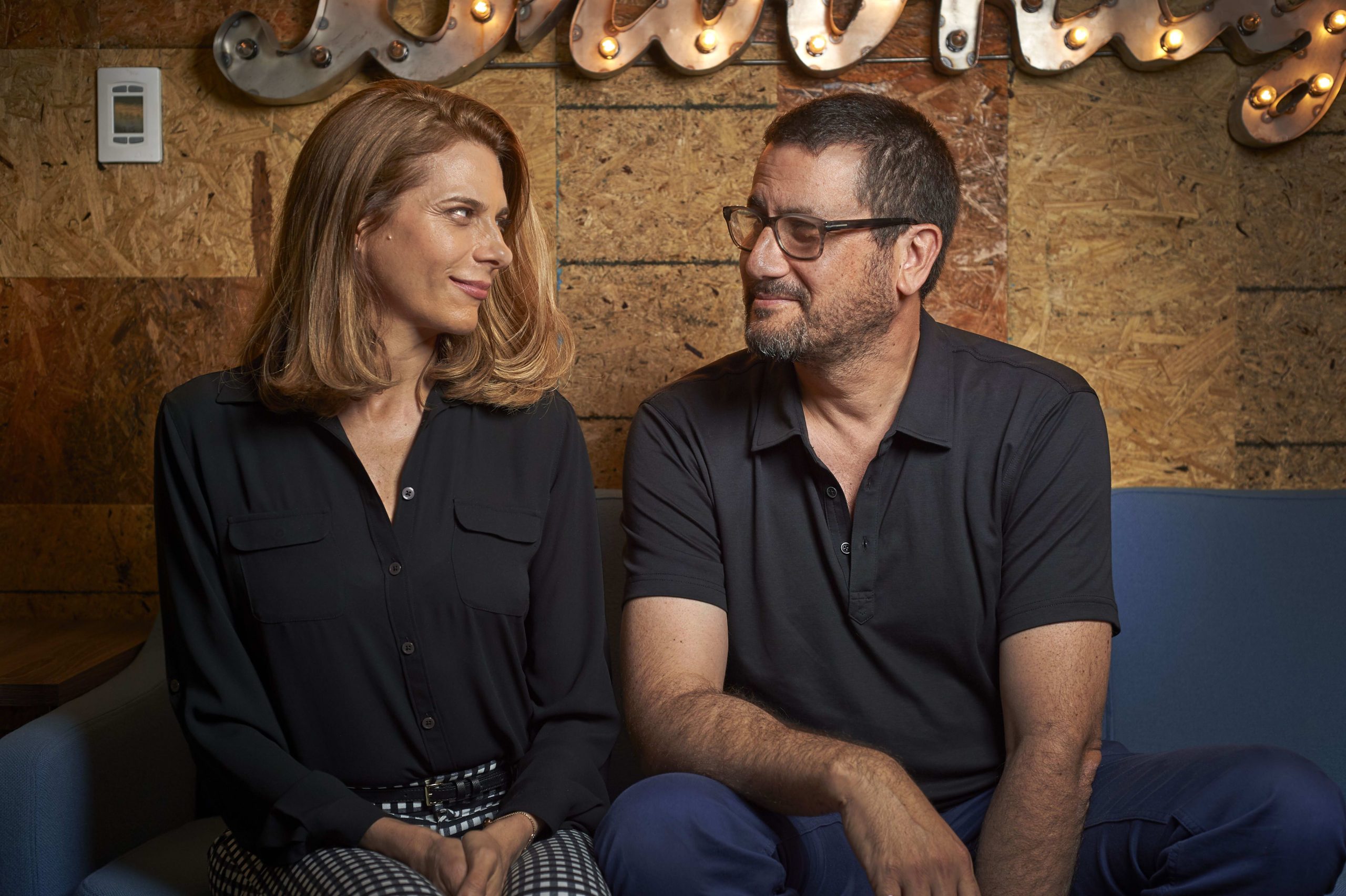 Oren Frank’s business is exploding. But he’s not celebrating.

Frank is the CEO of Talkspace, a company he co-founded eight years ago with his wife, Roni, to provide therapy over the internet for people in remote areas and those who can’t afford traditional psychotherapy. Traffic has doubled since mid-March, and thousands of people are registering daily, Frank said, as isolation and economic stress cause increased anxiety and depression.

“It’s not just growing because people can’t access face-to-face therapy but because people are unbelievably anxious and stressed and are locked in their homes and having horrible relationship issues,” Frank said, in an interview late last week from his home in New Jersey.

Talkspace is one of many mental health apps and services seeing a flood of new patients seeking help while social distancing. It’s also one of the companies potential investors are inundating with calls, as they look for rare growth opportunities in a suddenly contracting economy.

Now they face a dilemma: should they take cash from venture investors hungry for returns, or wait and see how the economy shakes out?

CEOs can’t meet investors in person, making it harder to know if they’ll get along personally â€” an important consideration if big backers are going to be involved, perhaps on the board, for years to come. They also have to gauge how much of the growth they’re seeing is temporary and how much reflects a more enduring change in the way we work and live, while also considering if capital will still be available in the future, and on what terms. And even if they take the money now, they might not be able to put it to work hiring and expanding right away, as they deal with unusual crisis situations with current customers and employees.

“The question becomes, is this a step function change or a peak that reverts back, and how far does it revert back?” said Jeff Crowe, a partner at Norwest Ventures, an early Talkspace backer. “How much do you expand capacity and do you raise more capital to take advantage of that? All those companies are thinking about those kinds of questions.”

Talkspace, which has 120 employees and works with thousands of therapists across the country on a contract basis, last raised money almost a year ago, a $ 50 million round led by Revolution Growth. But the company still isn’t profitable. Like most venture-backed start-ups, it will need additional capital for future expansion.

Frank said he’s been hearing from a lot of investors, including some who passed earlier and now want to reengage.

His message to them: Now is not a good time. The company is focused on dealing with the current health crisis and is rolling out increased resources for people who are suffering, including those who can’t pay the starting subscription of $ 260 a month for text, video and audio messaging with therapists.

Even with the growth, Frank said he’s more cost-conscious than ever and wants to avoid fueling growth with large amounts of outside capital. He’s seen what happened to companies like Uber and WeWork, which raised billions of dollars with little to no consideration for their burn rate.

VCs have money to put to work

Big venture firms are in triage mode, helping troubled companies navigate layoffs and cost cuts. But they’re also sitting on a ton of cash from funds raised at the tail end of the decade-long bull market. U.S. venture funds raised $ 46.3 billion last year, the second highest amount in the past 10 years, behind only 2018. Just this month, Index Ventures and Lightspeed Venture Partners each announced new multibillion-dollar funds.

Partners at Accel, which raised $ 2.5 billion last year for new funds, are busy sourcing deals from the comfort of their homes. The firm just led a $ 30 million investment in Guru, a cloud software company that helps workers in distributed environments collect and share information. Founded in 2014, Guru had close to 1,000 customers coming into the year and has tripled that number since, said co-founder and CEO Rick Nucci.

The Philadelphia-based company introduced a free version of its collaboration software in January, but much of the acceleration has come since office workers across the country were sent home. Instead of being surrounded by colleagues, employees were suddenly forced to manage homeschooling and full-time parenting during the work day.

“You can’t just walk down the hall and shoulder-tap the expert who knew the answer,” said Nucci.

Nucci said the financing round was mostly lined up before the coronavirus struck the U.S., and that the company was going to raise roughly that amount anyway. Two people familiar with the deal said the financing came together more quickly as demand for the product soared. In a blog post on Monday, Accel’s Miles Clements and Ben Fletcher put Guru in the basket of essential work-from-home technologies.

“As I write this post from my kitchen table in a makeshift remote office during a period of forced quarantine, I toggle back and forth between Gmail, Slack, Dropbox, Zoom and a half dozen other productivity apps,” the post said. “Guru ties these services all neatly together.”

The trend towards remote work was happening well before the current pandemic. It wasn’t the norm, though.

Now, enterprises with tens of thousands of employees who typically work out of large offices are in an unfamiliar position of trying to give their entire staff access to all necessary apps from home.

Productivity software start-up Notion raised a $ 50 million round in a deal that the New York Times said came together over the course of 36 hours in late March. Forbes reported last week that Figma, which sells cloud-based design software, is raising a round of at least $ 50 million and is doing so sooner than previously expected.

More such deals are likely in the pipeline. In a tweet last week, Jeff Richards of venture firm GGV Capital wrote, “In the midst of chaos, seeing a lot of quiet success we’ll all be reading about in the not too distant future.”

Andrew Miller, the CEO of Cameyo, hasn’t raised money yet for his two-year-old start-up but had been in talks about a first round of financing before the coronavirus hit the U.S. and put everything on pause. He now finds himself in a more favorable situation, though with what he calls a sense of “survivor’s guilt.”

Cameyo’s remote access technology allows companies to get employees set up to work from home without needing virtual private networks and the corresponding software on every laptop or desktop. Rather than relying on VPNs, Cameyo delivers the technology through a browser-based tool that can be installed in hours for hundreds of employees.

Miller said that the number of users signing up for free trials jumped 750% in the past two months and revenue is poised to more than triple in April from March. The company is profitable and “is still planning to raise a round, but we are now able to be much more selective and strategic about who we partner with for that funding,” Miller said, adding that he can now focus on “more strategic, less-dilutive options.”

Miller also knows that while he can try to forecast what his business will look like when people start returning to the office, it’s just an educated guess.

Jeff Yasuda is making a similar calculation as he considers funding for his music start-up Feed.fm.

Yasuda started the product in 2013 to create a back-end service so apps that wanted to include music in a shopping or gaming experience could do so without worrying about all the complex licensing issues. With gyms and workout facilities all closed, fitness apps are now more dependent on Feed’s technology so they can serve customers at home.

The number of streams doubled in March over February, Yasuda said, and San Francisco-based Feed has picked up increased business from FightCamp, Mayo Clinic, Tonal, and Life Fitness.

Yasuda said he’s getting calls from all sorts of private equity and venture capital firms, who see the growth in at-home fitness subscriptions and are looking to invest in the “arms dealers” for those companies. It’s ironic, says Yasuda â€” he’s been working on music start-ups for 15 years, and investors have always run the other way because of the litigiousness of the music industry, which has made it almost impossible to make money.

Against that backdrop, Yasuda has been forced to operate Feed at close to profitability, with just a dozen employees and a few million dollars in outside capital. He’s not ruling out raising more cash but said “the best financing is non-dilutive financing called revenue.”

Meanwhile, Yasuda is conscious of how bad the crisis is for the music industry and how fortunate he is to be on the other side of it. Venues are closed, and concerts and festivals are canceled, leaving most musicians unable to work. Home workouts are one of the few growth areas in the consumer market.

“People are really focused on being healthy,” Yasuda said. “We’re lucky to be part of that.”

It’s a similar story at Talkspace. Both businesses are in the right place at the right time, but neither expected or wanted to see their most rapid period of expansion occur during a deadly global pandemic.

“I’m afraid, If I had to predict, there will be a lot of trauma after this,” Frank said. “It’s almost unbearable to see.”