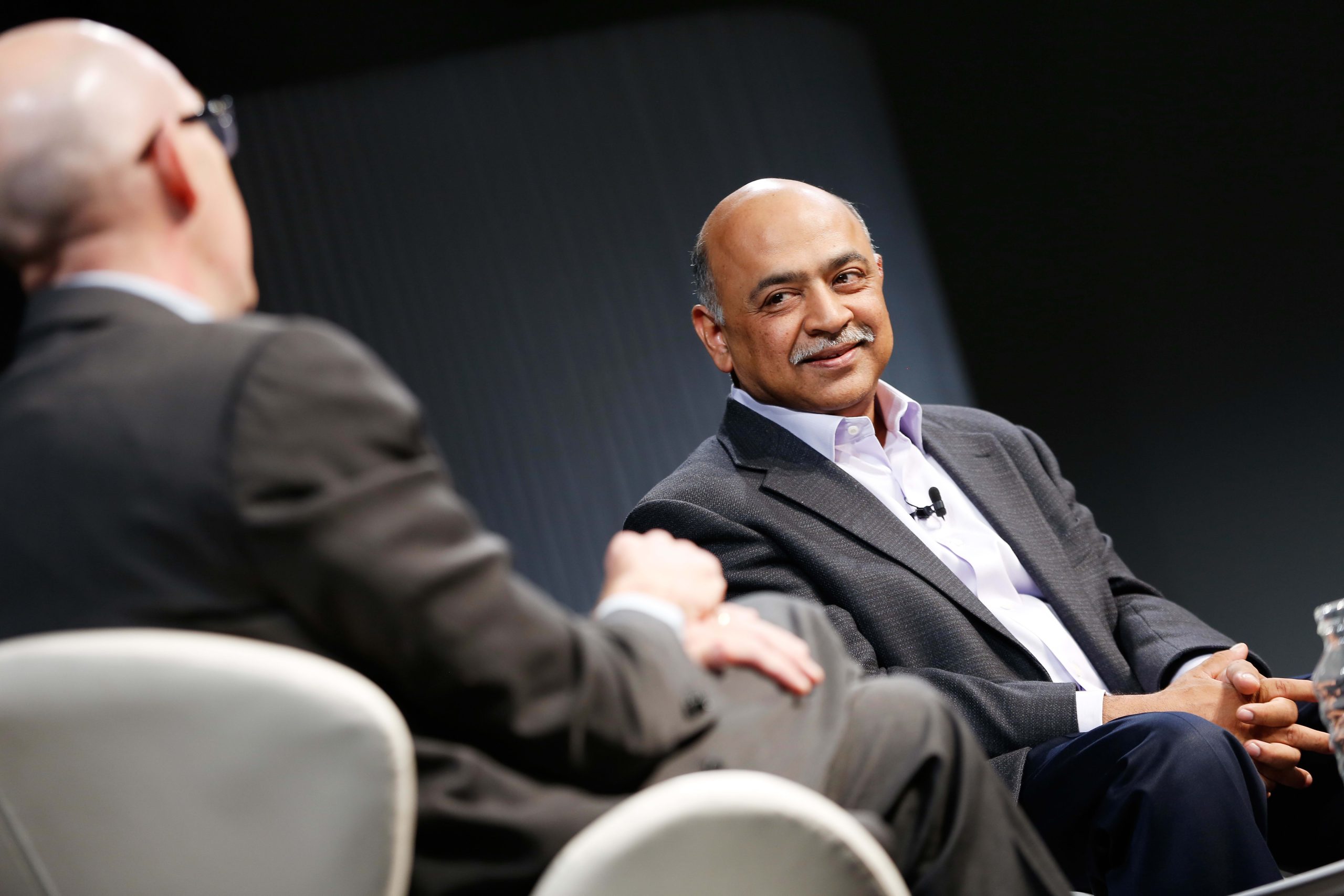 IBM stock jumped around on Monday after the company released first-quarter results that showed a return to revenue declines as coronavirus took hold.

Analysts surveyed by Refinitiv had expected $ 1.80 in earnings per share, adjusted, on $ 17.62 billion in revenue for the first quarter. Comparing IBM’s results against analysts’ estimates is not straightforward, though, given that the coronavirus impacted economies around the world in the quarter.

Net income for the quarter totaled $ 1.18 billion in the quarter, down 26% year over year. Revenue decreased 3.4% on an annualized basis in the first quarter as the company dealt with the spread of coronavirus and directed employees to work remotely. One quarter ago the company ended a streak of five consecutive quarters of falling revenue.

IBM’s Global Technology Services segment, which includes infrastructure and cloud services and technology support services, posted $ 6.47 billion in revenue, down 5.9% year over year. It came in lower than the $ 6.51 billion consensus among analysts polled by FactSet.

The company’s Cloud and Cognitive Software segment, containing transaction processing platforms, cognitive applications and cloud and data platforms like Red Hat, produced $ 5.24 billion in revenue. It was up 5.5% and below the $ 5.30 billion FactSet consensus estimate. Red Hat revenue rose 18% on a normalized basis.

Global Business Services, the segment with consulting, application management and process services, contributed $ 4.14 billion in revenue, which was down 0.5% year over year. The result beat the FactSet consensus of $ 3.91 billion.
Systems revenue, from systems hardware and operating systems, totaled $ 1.37 billion. That number was up 3% and lower than the $ 1.42 billion FactSet consensus. The Z line of mainframe computers within Systems was up 59% as sales of the z15 mainframe continued.

Earlier this month, Arvind Krishna, who has been at IBM since 1990, took the reins of the company as CEO, replacing Ginni Rometty. Krishna, who has previously been in charge of cloud at IBM, suggested in an interview with CNBC as he began his new role that Covid-19 could accelerate customers’ adoption of cloud services.

In the quarter IBM announced a 10-year services deal with Banco Sabadell of Spain that includes a hybrid-cloud component.

David Holt, an analyst at CFRA Research, lowered his price target on IBM stock to $ 144 from $ 165 in a note distributed to clients on Monday.

“At current levels, we think shares have adequately discounted future Covid-19 setbacks, especially when you consider the lackluster revenue base IBM is starting with,” wrote Holt, who kept his buy rating on IBM stock. “Oddly enough, the current backdrop could work in IBM’s favor, as we think the company could see a smaller downside revision than most under our coverage, making it easier for fundamentals to exceed current expectations, especially with the healthy degree of fear currently embedded in the market.”

Excluding activity after the release of the earnings statement, IBM shares are down about 10% since the start of the year.

Executives will discuss the quarterly results on a conference call that starts at 5 p.m. Eastern time.