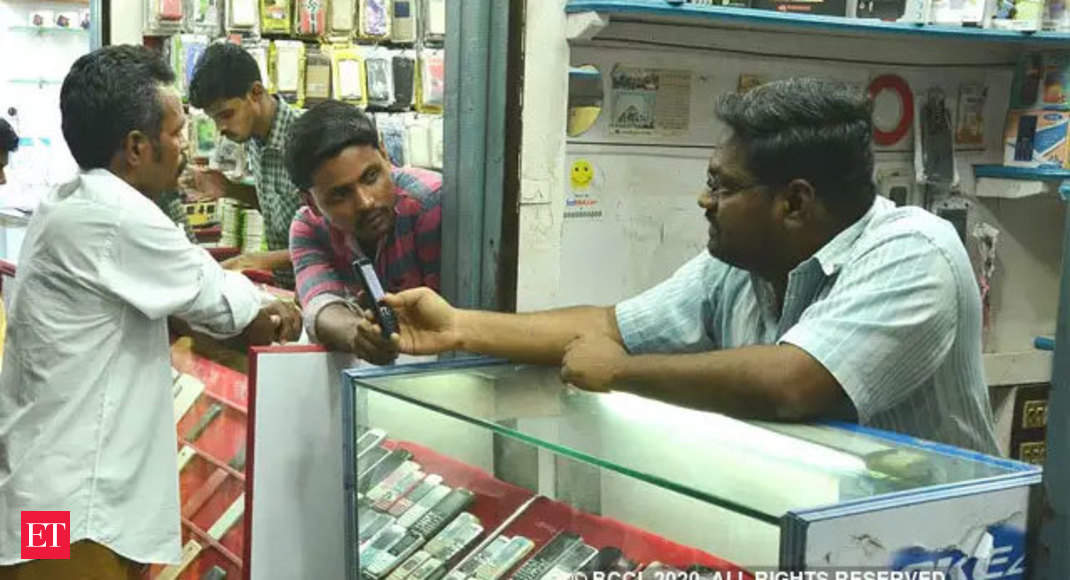 NEW DELHI: Handset brands such as Samsung, Vivo and Oppo have withdrawn monthly sales targets for their offline retail partners, and also changed the margin structure for the stores in the wake of dwindling demand for mobile phones due to the economic impact of COVID-19 crisis on consumer spending.

While the removal of sales targets would offer some relief to beleaguered retailers who are facing a near washout in sales due to Covid-induced restrictions, this also means the brands have done away with the incentives they used to offer on meeting such sales targets, say industry players.

Brick-and-mortar sellers, who used to get an incentive upto 10% of their monthly sales value until March, will now receive an incentive at a flat rate of 3% from the likes of top brands Vivo, Oppo and Samsung, according to multiple retailers ET spoke to.

â€œThis means a further reduction of approximately 25% in our monthly earnings at a time when costumer demand for smartphones is already below optimum levels,â€ said a Delhi-based retailer who did not wish to be named.

The difference between MRP and distributor price, which on average makes for a margin of 4%, has however remained same.

Emails sent to Vivo, Oppo and Samsung did not illicit any response till press time. Other brands including Indiaâ€™s top brand Xiaomi, Realme and OnePlus were already offering an incentive between 1%-3% of monthly sales value and haven’t made any changes, as per industry sources.

In an emailed response to ET, Xiaomi said it hasnâ€™t made any changes while Realme and OnePlus didnâ€™t respond.

The change in strategy for some brands comes amid severe losses due to the nationwide lockdown since March 24. As per estimates by market intelligence firm Counterpoint Research, nearly 20 million handset devices were expected to be sold during the 40-day lockdown period cumulatively in offline and online channels. At an average selling price of $ 170, it accounts for a total loss of Rs 14,200 crore revenue for smartphone brands.

While online channel functions according to number of orders received, the target-based strategy is the major driver of sales in the offline segment, analysts say.

â€œStandalone offline retailers are the worst affected during the crisis in the entire handset ecosystem,â€ said Arvinder Khurrana, president of All India Mobile Retailers Association (AIMRA), which represents 1.5 lakh standalone mobile retailers. â€œApart from the lockdown restrictions we are burdened with challenges such as GST increase, shortage of devices, reduction in profit margins, cash-and-carry or no credit period by few distributors etc.â€

He pointed out that retailers are opening stores for lesser working hours and on alternate days in some cities but its liabilities towards operational expenses such as salaries, rent, bank interest and power bills will be for 30 days of the month.