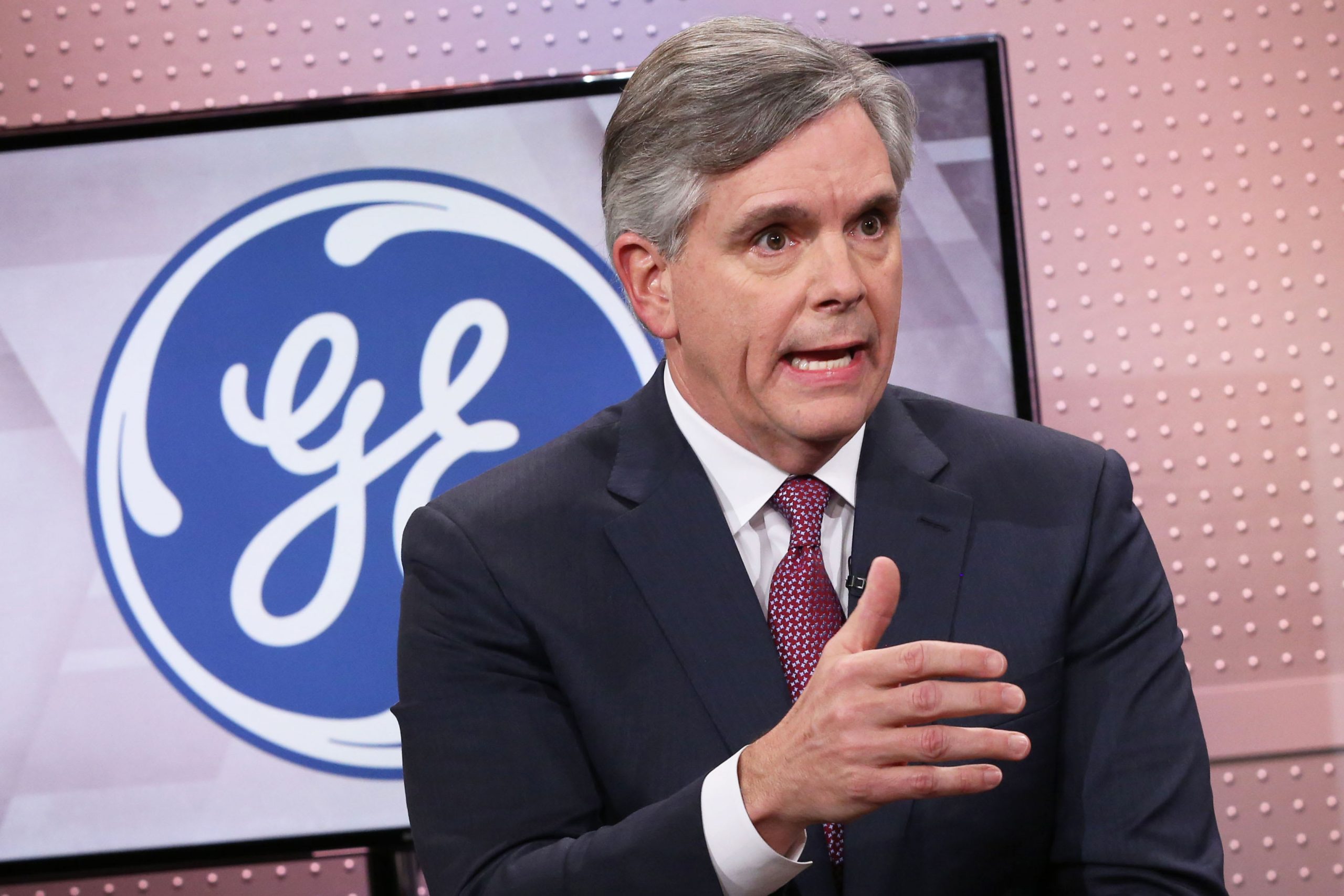 General Electric on Wednesday reported a steep decline in first-quarter revenue as the industrial giant took a hit from the coronavirus pandemic.

The company posted revenue of $ 20.524 billion, which represents a year-over-year decline of 8%. On an adjusted per-share basis, the company earned 5 cents. That was below a Refinitiv estimate of 8 cents per share. GE also suffered a $ 1 billion blow to its cash flow during the quarter.

“The impact from COVID-19 materially challenged our first-quarter results, especially in Aviation, where we saw a dramatic decline in commercial aerospace as the virus spread globally in March,” CEO Larry Culp said in a statement.

As global travel screeched to a halt, General Electric’s aviation business saw revenue fall by 13% to $ 6.892 billion on a year-over-year basis in the quarter, with profit in the division tumbling 39% to $ 1.005 billion from $ 1.66 billion. Orders declined by 14%. The company’s power and renewable energy businesses also saw revenues decline in the quarter.

GE’s health-care segment, however, saw revenues expand by 7% to $ 5.292 billion and profit grow to $ 896 million from $ 781 million in the year-earlier period. The company cited “surge demand for products used in the diagnosis and treatment of COVID-19.”

“This is a worse than expected result, visibility on how bad this could be is still evolving, and all the mechanisms that this company had continued to use in 2019 as a crutch for industrial results are becoming unmasked,” JPMorgan analyst Stephen Tusa said in a note to clients. “The quarter itself was an across the board miss on almost all fronts, and unlike the past, there was no wiggle room below the line on tax or corporate … to offset.”

Culp said the company is eyeing cost cuts of more than $ 2 billion along with $ 3 billion in cash preservation to cushion the coronavirus blow. GE’s earnings release also indicated the industrial giant expects this quarter to be worse than the first.

“The second quarter will be the first full quarter with pressure from COVID-19, and GE expects that its financial results will decline sequentially,” GE said.

Shares of General Electric closed 3.2% lower. GE shares have lost about 40% of their value this year through Tuesday.

The company announced earlier this month that it was withdrawing its 2020 forecast. The company also said its cash and cash-equivalent holdings topped more than $ 47 billion along with a revolving debt facility of $ 15 billion to ride out the virus-induced downturn.