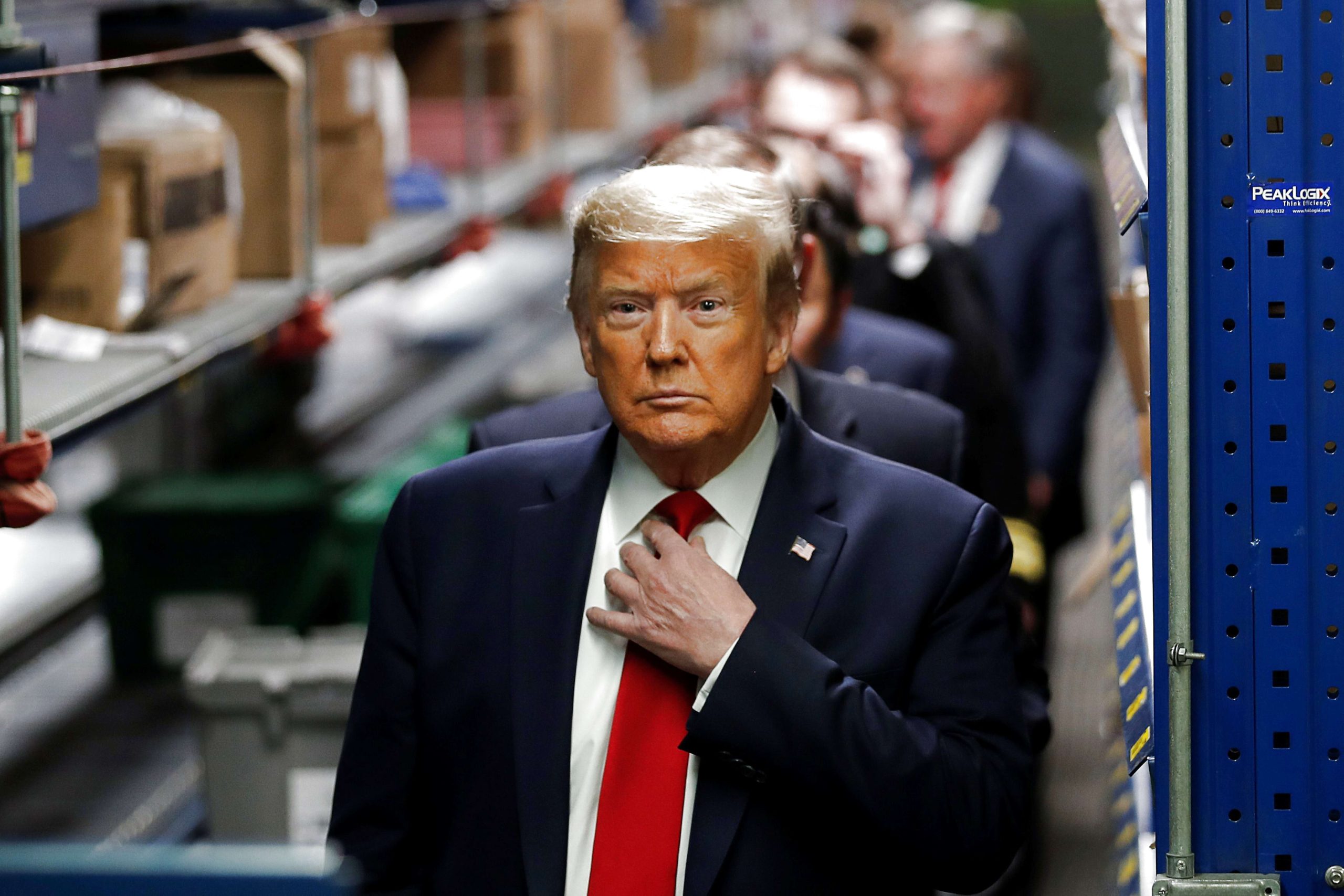 Facebook on Thursday announced that it removed ads from President Donald Trump’s campaign that contained a symbol associated with Nazis.

“We removed these posts and ads for violating our policy against organized hate,” a Facebook spokesman said in a statement. “Our policy prohibits using a banned hate group’s symbol to identify political prisoners without the context that condemns or discusses the symbol.”

The ads contained red downward-pointing triangles, which the Nazis used to mark political prisoners. The symbol was used in ads by Trump, Vice President Mike Pence and the Trump campaign.

One variation of the ad was targeted primarily to male voters in Texas and had the potential to reach more than 1 million users, according to Facebook’s Ad Library.

Campaign officials contended that the symbol is sometimes used by antifa, a loosely organized coalition of anti-fascists, although it does not appear to be commonly used. Trump has, without evidence, blamed antifa for violence at protests over the police killing of George Floyd, an unarmed Black man.

ADL, an organization that fights anti-Semitism, condemned the ads in a statement.

“Whether aware of the history or meaning, for the Trump campaign to use a symbol â€“ one which is practically identical to that used by the Nazi regime to classify political prisoners in concentration camps — to attack his opponents is offensive and deeply troubling,” said ADL CEO Jonathan Greenblatt. “It is not difficult for one to criticize their political opponent without using Nazi-era imagery. We implore the Trump campaign to take greater caution and familiarize themselves with the historical context before doing so. Ignorance is not an excuse for appropriating hateful symbols.”

Facebook’s removal of the ad comes after the company was criticized by its own employees and business partners for not removing or moderating a post by Trump that said “when the looting starts, the shooting starts.” Facebook employees who protested the decision argued that the post from Trump violates Facebook’s community standards, which prohibit language that incites serious violence.

Facebook has also come under fire for its policy of allowing political ads containing false statements, with CEO Mark Zuckerberg maintaining that the company should not be “arbiters of truth.”