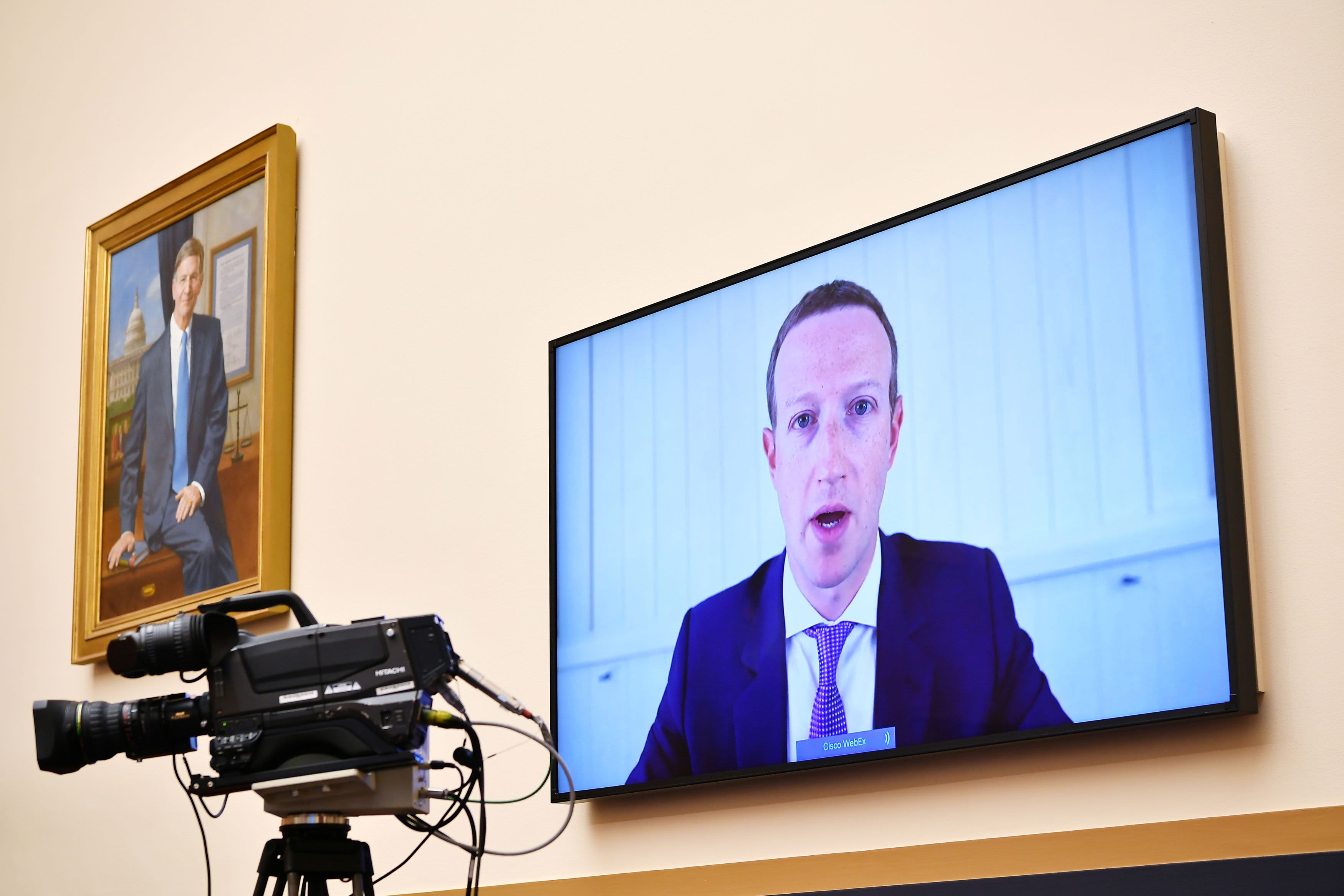 Facebook CEO Mark Zuckerberg testifies before the House Judiciary Subcommittee on Antitrust, Commercial and Administrative Law during a hearing on “Online Platforms and Market Power”, in the Rayburn House office Building on Capitol Hill, in Washington, D.C., July 29, 2020.
Mandel Ngan | Pool via Reuters

The CEOs of Facebook, Google and Twitter have agreed to testify before the Senate Commerce Committee on Oct. 28.

Facebook CEO Mark Zuckerberg, Google and Alphabet CEO Sundar Pichai and Twitter CEO Jack Dorsey will testify on Section 230 of the Communications Decency Act. That rule protects tech companies from liability over the content posted by users on their online services, while allowing them to moderate it. The hearing will also cover the topics of privacy and “media domination.”

The agreement comes after the committee on Thursday voted unanimously to subpoena the CEOs if necessary.

In May, President Donald Trump challenged Section 230 by signing an executive order to crack down on “censorship” by social media companies.

The hearing will be Zuckerberg and Pichai’s first appearance before Congress since the two testified alongside Apple CEO Tim Cook and Amazon CEO Jeff Bezos before the House Antitrust Subcommittee in July.