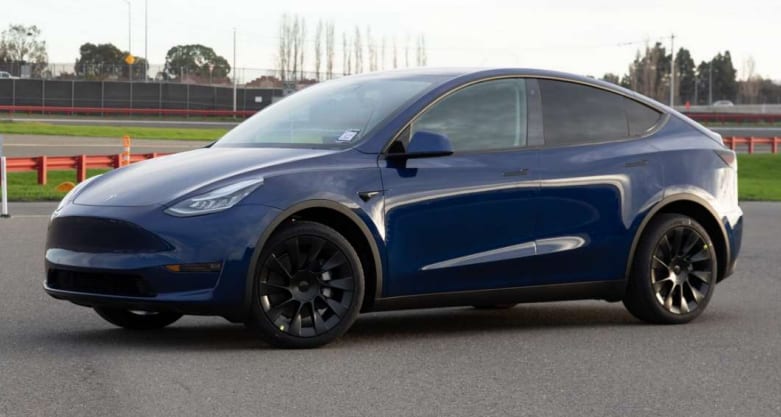 This photo of a production version of Tesla’s Model Y was included in the company’s Q4 2019 earnings report.

Tesla CEO Elon Musk sent one of his characteristic motivational emails to all employees at his electric vehicle company on Monday around noon California time.

In the email, which was shared with CNBC, he urged workers to “go all out” with vehicle production and deliveries, and told them that “breaking even is looking super tight.”

It’s not clear whether “breaking even” was referring to the company’s profit margin, which may require it to sell a certain number of vehicles during the quarter, or another metric, like production numbers versus expectations or previous quarters’ figures.

Tesla is expected to report its second quarter vehicle production and deliveries numbers this week, before the 4th of July weekend.

In its first quarter earnings update this year, Tesla walked back prior guidance saying that it has “capacity installed” to hit 500,000 vehicle deliveries in 2020, but remains uncertain how quickly its U.S. car plant, and suppliers, can ramp up production following Covid-19 restrictions.

At that time, Tesla also said its near-term profit guidance was “on hold,” dampening hopes it may achieve its first full year of profitability.

The company is gunning for inclusion on the S&P 500, which requires a minimum of four consecutive quarters of profitability. Tesla has reported profits in its last three quarters.

Earlier this quarter, Tesla’s main manufacturing facility in Fremont, California, was shut down for more than a month as officials ordered non-essential businesses to shut down to slow the spread of Covid-19. Tesla and Musk clashed with officials over the restrictions and resumed vehicle production shifts the second week of May, days before the county would green light the company’s “site-specific plan” to allow employees back at work.

The company is producing its latest Model Y crossover SUVs in a massive tent, where it previously made a portion of its Model 3 electric sedans. In the tent, known as GA4 (or General Assembly 4) workers make cars with more manual processes, rather than the sophisticated robotics and extensive automation they use in an indoor part of the plant.

Here’s the email in its entirety, transcribed by CNBC.

Subject: Down to the last few days

Breaking even is looking super tight. Really makes a difference for every car you build and deliver. Please go all out to ensure victory!