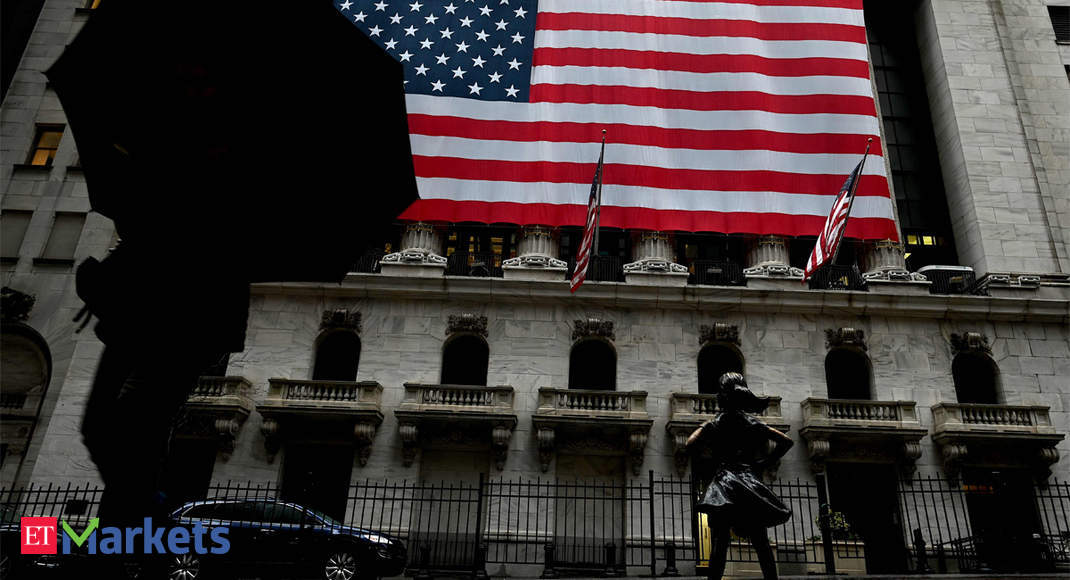 The S&P 500 and Dow Jones indexes dipped on Thursday as a grim US jobless claims report took the shine off a strong month for stock markets globally, but encouraging quarterly earnings reports from Facebook and Tesla supported the Nasdaq.

Nine of the 11 major S&P 500 sectors were trading lower, but declines were led by the defensive real estate, utilities and consumer staples indexes, suggesting the mood was still risk-on.

Dramatic US monetary and fiscal stimulus and hopes of a revival in business activity as states reopen from lockdowns have powered a Wall Street rally in April, putting the benchmark S&P 500 on course for its best month since 1974.

But analysts have warned of another selloff as economic data underlines the extent of the damage already done, with investors also wary of the pace of the recovery from a looming recession.

On Thursday, the Labor Department’s report showed initial unemployment claims totaled 3.84 million for the week ended April 25, a day after data confirmed the biggest contraction for the US economy in the first quarter since the Great Recession.

“In large part this data is seen as something we’ve already taken for granted,” said Art Hogan, chief market strategist at National Securities in New York.

“We know that the economic data, especially as it pertains to labor, is bad and is going to get worse.”

The Federal Reserve pledged on Wednesday to expand emergency programs to revive growth but dashed hopes for a fast rebound, saying the economy could feel the weight of consumer fear and social distancing for a year.

The Nasdaq Composite, however, was down 3.74 points, or nearly flat, at 8,910.97, cushioned by a 5.9 per cent jump for Facebook Inc after the social media giant posted better-than-expected quarterly revenue.

The pandemic has been less disruptive to tech-related stocks, with Facebook, Apple Inc, Amazon.com Inc , Netflix Inc and Alphabet Inc – the so-called FAANG group of stocks – gaining between 12 per cent and 25 per cent this month.

“The SPX price action during this crisis has been led by a handful of ‘haves’ (mostly the FAANGs) in a world in which most companies are ‘have nots’,” said Nancy Davis, founder of asset management firm Quadratic Capital Management in Greenwich, Connecticut.

Electric car maker Tesla Inc climbed 5.5 per cent after posting its third straight quarterly profit, taking investors by surprise as its automaker peers were hit by a slump in consumer demand and factory shutdowns.

McDonald’s Corp shed 2.5 per cent after it reported a 16.7 per cent slide in quarterly profit as most of its restaurants across the globe limited their services to deliveries and take-aways.

American Airlines fell 3.4 per cent as the airline operator posted its first quarterly loss since emerging from bankruptcy in 2013 and warned of a $ 70 million a day cash burn.