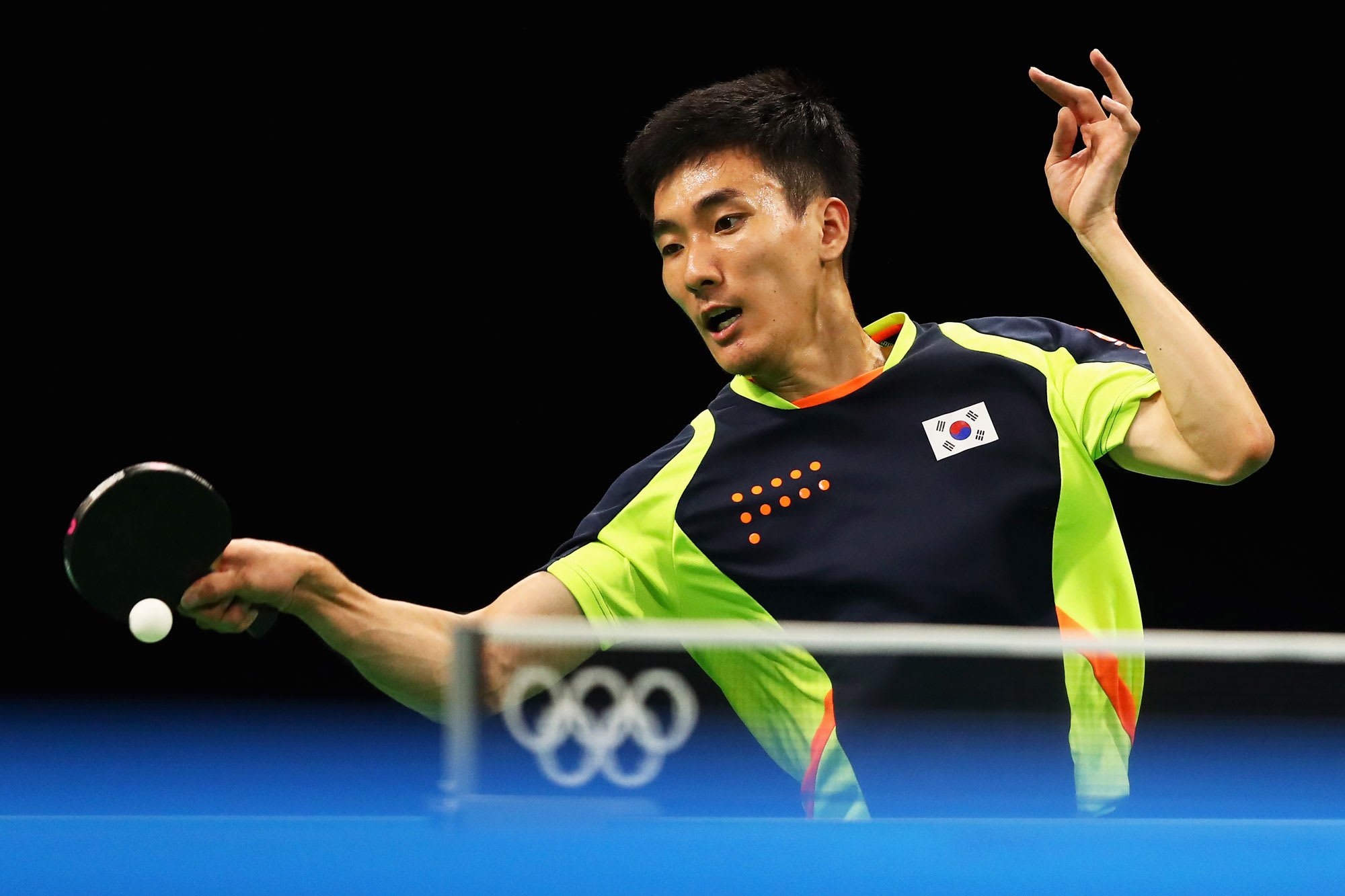 Lee Sangsu of Republic of Korea hits a shot in the Table Tennis practice session during the Olympics preview day – 1 at Rio Centro on August 4, 2016 in Rio de Janeiro, Brazil.

Sports may no longer be blaring on television screens across the country, but that’s not deterring some gamblers from placing bets on anything that they can get odds on — table tennis, comments made during presidential debates, even video game sports competitions.

This year was supposed to be a huge growth opportunity for sites like FanDuel and DraftKings, who are pushing to get licensed in more states across the country. Seventeen states have legalized sports betting, and many others have proposed state bills that would make them legal in coming years. DraftKings is pushing forward with a plan to become a publicly traded entity through a reverse merger with Diamond Eagle Acquisition Corp., a special purpose acquisition company.

But that was before the Covid-19 coronavirus pandemic shut down nearly every major sporting event: The NCAA’s “March Madness” championship tournament was canceled entirely. The National Basketball Association, PGA Tour, Major League Baseball, and the National Hockey League are on hiatus. As a result, New Jersey sportsbooks lost out on nearly $ 370 million in sports wagers in March, according to PlayNJ estimates.

“Shutdowns from the coronavirus pandemic are affecting New Jersey’s gaming industry in ways that are unprecedented, and that will continue until the country begins to return to some semblance of normalcy,” said Dustin Gouker, lead research analyst for PlayNJ.com.

Gamblers have nowhere else to turn, as U.S. casinos are closed, so online sports books are searching for new and creative wagers to keep customers engaged.

This month’s NFL Draft will provide a boost.

Sportsbooks have come up with about 150 different proposition bets around the NFL Draft — about three times more than ever before, said Chad Milmann, The Action Network’s chief content officer. About $ 5 million will be wagered on this year’s NFL draft in the U.S., a five-fold increase over last year’s amount, Bet-NJ.com estimates, bringing in about $ 500,000 for the industry.

Sites like FanDuel and DraftKings are offering expanded bets, such as so-called “over/unders” on the number of players drafted from a certain college — there’s so little going on, they’ve had time to get comfortable doing the research to set odds around these more obscure bets, Milmann said.

But the main attraction of the gambling world for the past month has been table tennis, said DraftKings Head of Sportsbook Johnny Avello. International table tennis matches have continued through global quarantines, and they’re one of the few live events that bettors can get legal odds on from sportsbooks in the U.S.

“Who would think that people would bet on table tennis point by point, in-game wagering, how many games they’re going to play, how many sets they’re going to go?” Avello said. “That’s the biggest phenomenon that’s I’ve seen out of everything we’ve done so far.”

DraftKings has pushed the envelope on coming up with wagers during this slow time for gamblers, concocting bets about what will happen on TV shows such as “Real Housewives of New York” and “Shark Tank.” The site enticed 70,000 bettors to a pool about what presidential candidates Joe Biden and Bernie Sanders were going to say in their March 16 debate.

All sportsbooks are somewhat limited on what they can offer because gambling odds and categories have to be approved by gambling regulation entities before they can go live to the public. DraftKings’ out-of-the-box bets have to be free, though winners can get actual money to spend on the site.

At the same time, sportsbooks have successfully pushed for legalization of gambling on esports for the first time ever in the U.S. to take advantage of prolonged downtime without live sports. The Nevada Gaming Control this week legalized wagering on three esports events — Overwatch League, League of Legends European Championship and the North America League of Legends Championship. Sportsbooks have long resisted gambling on esports given questions about the ease of throwing matches and other credibility issues, said Patrick Keane, CEO of The Action Network, the analysis and media company dedicate to sports gambling. Still, New Jersey is pushing for similar approvals to Nevada.

“The integrity issues around esports are still pretty profound,” Keane said. “But there’s a lot of pressure to allow esports gambling for the major online sportsbooks in New Jersey.”

While zany bets may pass the time temporarily, FanDuel and DraftKings, which make up about 80% of the NJ gambling market, continue to hold out hope that professional sports will return this year.

There is a bit of good news for the online betting industry, however: Online casino and poker revenue set a new record in New Jersey with $ 64.8 million in revenue, up 18% over the state’s previous monthly high, according to PlayUSA.com.