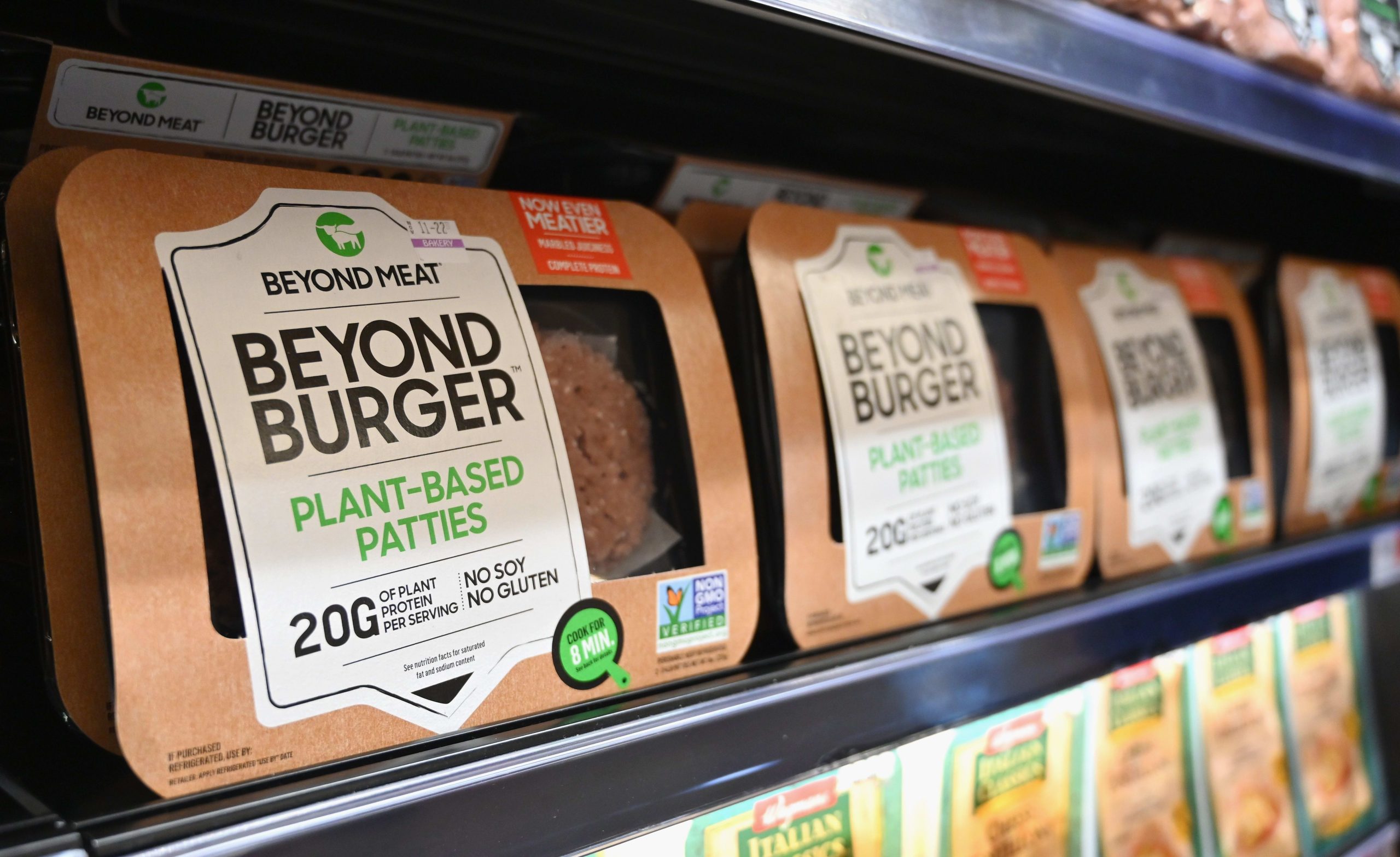 “This movement is happening. You’ve got to get on the bus or … get left behind,” Cramer said on “Squawk on the Street.”

Cramer acknowledged there are not huge sales just yet for a company like Beyond Meat, which after-the-bell Tuesday reported quarterly revenue of $ 97.1 million, a 141% increase from a year ago.

“It starts like this. It doesn’t begin with a billion dollars. This is not blockbuster drug, but watch this trend,”  Cramer said. “I think it’s very exciting for investors.”

Shares of Beyond Meat were up about 17% on Wednesday morning to around $ 118 each.

Beyond Meat, at a $ 7.2 billion market value, has been at times one of Wall Street’s hottest stocks but also one of the most volatile since its May 2019 initial public offering. Priced at $ 25 per share, the stock saw a meteoric rise to nearly $ 240 by last July. But come December, it had lost about 70% of its value. In the early part of this year, the stock rebounded before falling off a cliff, bottoming at about $ 48 in mid-March. Since then, the stock has more than doubled.

On Tuesday evening, in addition to strong revenue, Beyond Meat posted quarterly net income of $ 1.8 million, up from a net loss of more than $ 6 million last year. It did warn of a hit to its restaurant business due to the coronavirus pandemic.

However, the “Mad Money” host said he believes the plant-based meat industry may ultimately be beneficiaries of the Covid-19 crisis.

Meatpacking plants across the U.S. have seen significant virus outbreaks, forcing some to slow down production or temporarily close as workers became sick. The developments ignited concerns about the country’s food supply, although President Donald Trump signed an executive order last week requiring the plants to remain open during the coronavirus pandemic.

While plant-based meat options have typically been more expensive than traditional meat, Cramer said the rising costs of beef, in particular, due to the coronavirus represents an opportunity for alternative producers.

One of Beyond Meat’s chief rivals in the plant-based meat category, Impossible Foods, is not publicly traded. But it is widely available as well. Grocery store chain Kroger also has launched private-label beef options.