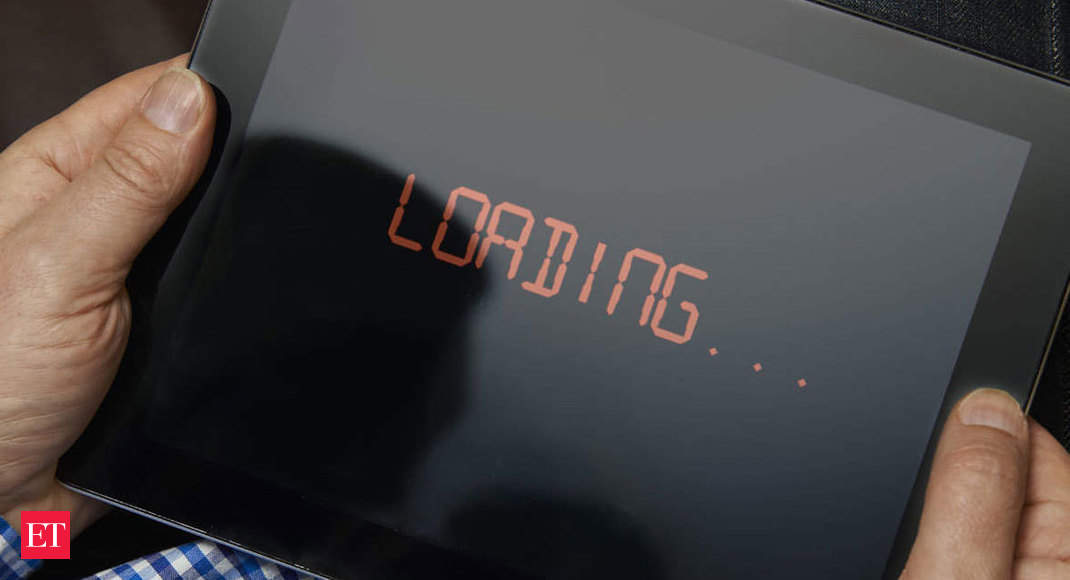 According to the study by Tutela exclusively for ET, median download and upload speeds between 11 AM and 11 PM have dropped by upto 36% and 17% respectively after March 25 as compared to Februaryâ€™s average.

â€œWe also see higher packet loss and latency, which are also indicators that the network is congested,â€ the research firm said in response to ETâ€™s query over email.

â€œThat means sending data â€” like a video stream to fellow remote colleagues â€” takes a backseat, creating a sudden surge in uplink traffic that simply did not exist before,â€ he added.

After a request from telcos, streaming video apps such as Netflix, Amazon Prime, Hotstar, YouTube and Facebook reduced their content standards from HD to SD when transmitting. However, the downgrading from HD to SD only partly address the issue, say experts.

The upsurge in usage of platforms such as Google classroom, Zoom App, Udemy, Adobe Connect, Microsoft Teams etc. for multi-party video conferencing do not tend to mesh well with most residential internet services, Newbold said.

To arrest the surging traffic congestion, telecom companies have also requested customers to be responsible in their use of the network by trying to use the network during off peak hours.

Meanwhile, Tutelaâ€™s Core Quality index which represents a group of less-intensive use cases such as SD video streaming, VoIP calls, or lower-quality video calls with a single person saw a much smaller decline in performance – 6.2% for Airtel, 8.3% for Jio and for 18.5% Vodafone Idea.

The study has also observed a 4% decrease in records collected in urban areas and corresponding increase in rural areas towards the end of March indicating the movement of migrant laborers to their hometowns.

â€œRural networks are likely less able to handle the swings in network traffic that lead to congestion than those in urban areas, and Tutelaâ€™s data shows a slightly larger decrease in rural performance compared to urban â€“ although both were significantly affected,â€ the report said.