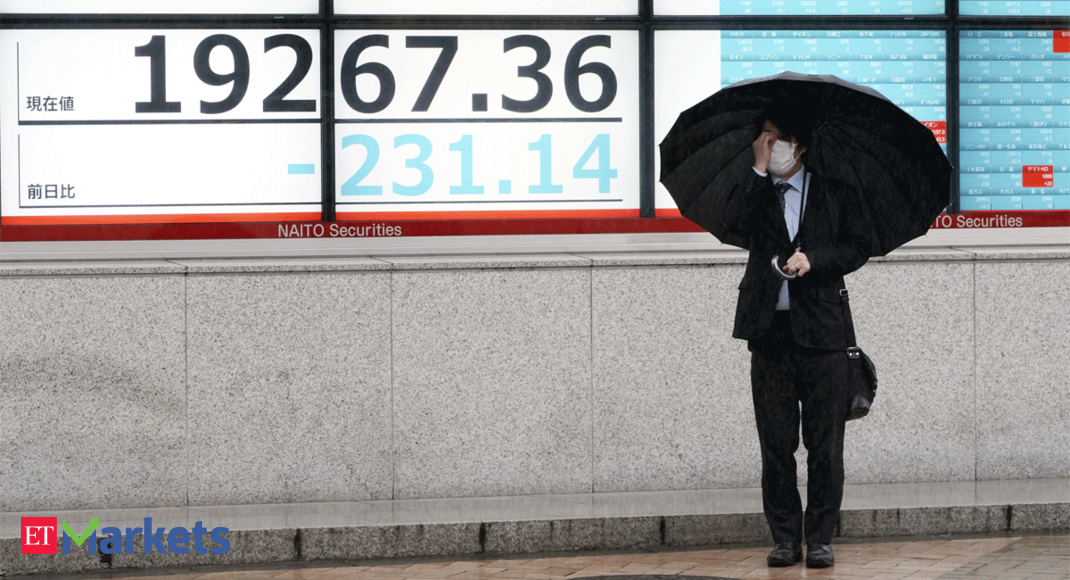 TOKYO: Gold hit an all-time high on Monday as tit-for-tat consulate closures in China and the United States rattled investors, boosting the allure of safe haven assets, although sentiment was mixed with tech gains supporting some Asian stocks.

The chipmaker’s gains boosted other tech stocks in the region and came after rival Intel signalled it may give up manufacturing its own components due to delays in new 7 nanometer chip technology.

S&P500 futures were last up 0.4% in choppy trade while Japan’s Nikkei fell 0.5%, resuming trade after a long weekend and catching up with falls in global shares late last week.

Global shares had lost steam last week after Washington ordered China’s consulate in Houston to close, prompting Beijing to react in kind by closing the U.S. consulate in Chengdu.

U.S. Secretary of State Mike Pompeo took fresh aim at China last week, saying Washington and its allies must use “more creative and assertive ways” to press the Chinese Communist Party to change its ways.

Gold rose 1.0% to a record high of $ 1,920.9 per ounce, surpassing a peak touched in September 2011, as Sino-U.S. tensions boosted the allure of safe haven assets, especially those not tied to any specific country.

The yellow metal is also helped by aggressive monetary easing adopted by many central banks around the world since the pandemic plunged the global economy into a recession.

Some investors fret such an unprecedented level of money-printing could eventually lead to inflation.

That means the economy could capitulate without fresh support from the government, with some of earlier steps such as enhanced jobless benefits due to expire this month.

Investors hope U.S. Congress will agree on a deal before its summer recess but there are some sticking points including the size of stimulus and enhanced unemployment benefits.

Democrats, who control the House of Representatives, want enhanced benefits of $ 600 per week to be extended and look to much bigger stimulus compared with the Republicans’ $ 1 trillion plan.

Investors are looking to corporate earnings from around the world for hints on the pace of recovery in the global economy.

“It looks like rising coronavirus cases are starting to slow down recovery in many countries,” said Masahiro Ichikawa, senior strategist at Sumitomo Mitsui DS Asset Management.

Concerns about the U.S. economic outlook started to weigh on the dollar, reversing its inverse correlation with the economic well-being over the past few months.

The dollar index dropped 0.3% to its lowest level in nearly two years.

The euro gained 0.3% to $ 1.1693, hitting a 22-month high of $ 1.16590 as sentiment on the common currency improved after European leaders reached a deal on a recovery fund in a major step towards more fiscal co-operation.

Oil prices dipped on worries about the worsening Sino-U.S. relations.