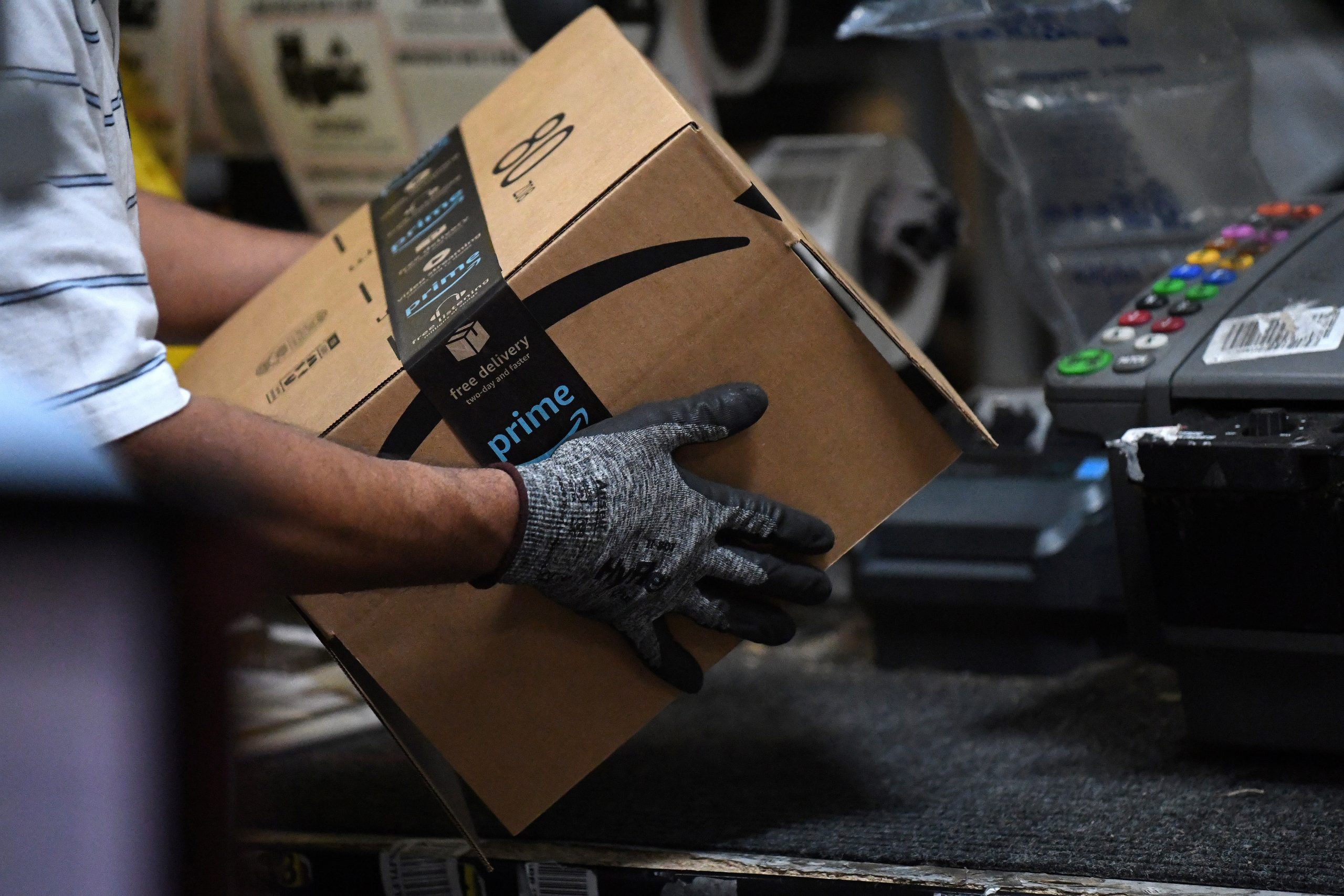 A worker assembles a box for delivery at the Amazon fulfillment center in Baltimore, Maryland, U.S., April 30, 2019.

An Amazon warehouse employee in Northeast Illinois has died from the coronavirus, the company confirmed.

The employee, who worked out of Amazon’s Waukegan, Illinois, warehouse, known as MDW8, died of the disease on April 18. The worker, who was 50 years old, left behind a wife and five children, as well as two stepchildren. The employee worked the night shift as a picker, which involves selecting items from the facility’s shelves and preparing them for shipping, among other duties.

“We are saddened by the loss of an associate at our site in Waukegan, Illinois,” Amazon spokesperson Lisa Levandowski told CNBC in a statement. “His family and loved ones are in our thoughts, and we are supporting his fellow colleagues.”

The worker’s death comes as Amazon warehouse employees have raised concerns that the company isn’t doing enough to protect them from catching the coronavirus while they’re on the job. Employees have also criticized how Amazon handles positive cases at its facilities, with some arguing it should shut down those warehouses and do more to make sure employees are informed.

It’s not clear how or when the employee contracted the coronavirus. The worker was last at the facility on March 19, at which point he hadn’t reported any symptoms, Amazon said. The company was made aware that the worker tested positive for the coronavirus on March 24.

Amazon declined to comment on how many warehouse employees have died from the coronavirus nationwide. The Illinois worker’s passing marks the fourth known case of an Amazon worker who has died from the virus, following reports of deaths in Staten Island, New York; Hawthorne, California, and Tracy, California.

The company hasn’t provided a total number of workers who have tested positive for the virus at its facilities. As a result, Amazon workers have attempted to keep an unofficial tally of confirmed and unconfirmed cases nationwide, with one employee Reddit group estimating at least 400 employees have contracted the coronavirus. Labor group United for Respect has also compiled a crowd-sourced tracking map that shows the number of positive cases at Amazon facilities in the U.S. Amazon operates 175 warehouses across the country and some warehouses have reported dozens of cases.

Tensions have been growing between Amazon and warehouse workers nationwide, as the numbers of confirmed cases and deaths at its facilities have climbed. Warehouse workers have called for the company to put in place greater safety protections, including providing paid sick leave and closing down facilities where there are positive cases for additional cleaning.

Amazon has previously said it has gone to “great lengths” to keep facilities clean and make sure employees are following necessary precautions, such as washing their hands, using hand sanitizer and practicing social distancing. It has also started taking employees’ temperatures when they report to work and has supplied them with face masks. In the company’s latest earnings report, Amazon said it would invest its expected $ 4 billion second-quarter profit in coronavirus-related efforts, such as purchasing additional safety gear for workers and building out its coronavirus testing capabilities, among other things.

Still, Amazon workers continue to argue the company isn’t doing enough to protect them. Employees have staged at least three walkouts at local warehouses and participated in nationwide strikes to demand stronger coronavirus safety protections. In recent weeks, their calls have garnered support from Amazon tech workers in Seattle, including from a distinguished engineer and VP, Tim Bray, who resigned over the company’s labor practices. Amazon has not responded to Bray’s blog post, in which he said the company had a “lack of vision about the human costs of the relentless growth and accumulation of wealth and power.”

Some employees ‘heard through the grapevine’

Amazon workers previously told CNBC they’ve become paranoid that managers aren’t being honest about whether employees are sick with the virus. Additionally, when there are confirmed cases or deaths at their facility, workers say Amazon isn’t notifying them quickly enough.

Amazon said it communicated to MDW8 employees about the worker’s death and also extended its support to his family.

The company’s process of notifying workers about a death at a facility is inherently slower than the process of announcing a confirmed case. Amazon said it notifies workers via a text message or phone call when there are positive cases at a facility. When a worker dies, the company gradually gathers employees in small groups to inform them. Amazon has been notifying workers of a death in person, rather than over the phone, in an effort to reduce fear and so that managers can inform employees about counseling services should they need extra support.

Due to the coronavirus, Amazon has staggered shifts at its facilities to prevent crowding, which means that certain employees may find out about a death at the facility before others, Amazon said. That’s likely to cause some confusion among employees who hear about a death from a coworker before they receive official confirmation from their facility.

An MDW8 employee disputed Amazon’s characterization that all workers at their facility were informed of the individual’s death. This worker, who knew the individual who passed away, asked to remain anonymous out of concern that speaking to the press could jeopardize their job.

The employee said they’ve spoken to coworkers at their facility who, as of Tuesday, were unaware that an individual had died from the virus at MDW8. Instead of informing the entire building, a manager at their facility only informed workers who were on the same shift as the individual, the worker said.

Since there was no general announcement of the worker’s death, the worker said other employees in the facility heard “through the grapevine” over the past few weeks that an employee died from the coronavirus. Many workers don’t know the name of the employee who died, only that he worked on the overnight shift as a picker.

Amazon told CNBC that when it learned of the worker’s death, it asked the facility’s leaders to communicate the message to teams on the warehouse floor, using appropriate social distancing. Since some workers may not have been on site at that time, they may not have received the message, the company said. Amazon added that it didn’t share the identity of the individual who died out of respect for the family and their privacy.

When a facility reports a positive case, Amazon said, it will conduct a deep cleaning of the facility. Workers have criticized this response, saying it is an inadequate strategy to prevent further transmission of the virus.

Amazon said it was not aware of any special cleaning at the facility on April 19, the day after the worker’s death. The company previously said it has been consulting with health authorities and medical experts on how to handle building closures for deep cleaning after an employee tests positive. Amazon evaluates where the employee was in the building, for how long, how much time has passed since they were on site and who they interacted with, among other things.

The MDW8 employee acknowledged that Amazon has taken many measures to improve safety conditions at their facility. Compared to other Amazon facilities, where, in some cases, there are dozens of positive cases, MDW8 has only reported three confirmed cases, they added.

However, the employee said they wish there was more of an effort at their facility to recognize the worker’s death and honor their life.

The worker added: “If someone I know doesn’t show up one day, and it’s because they got sick and died, are we just not going to acknowledge that loss?”