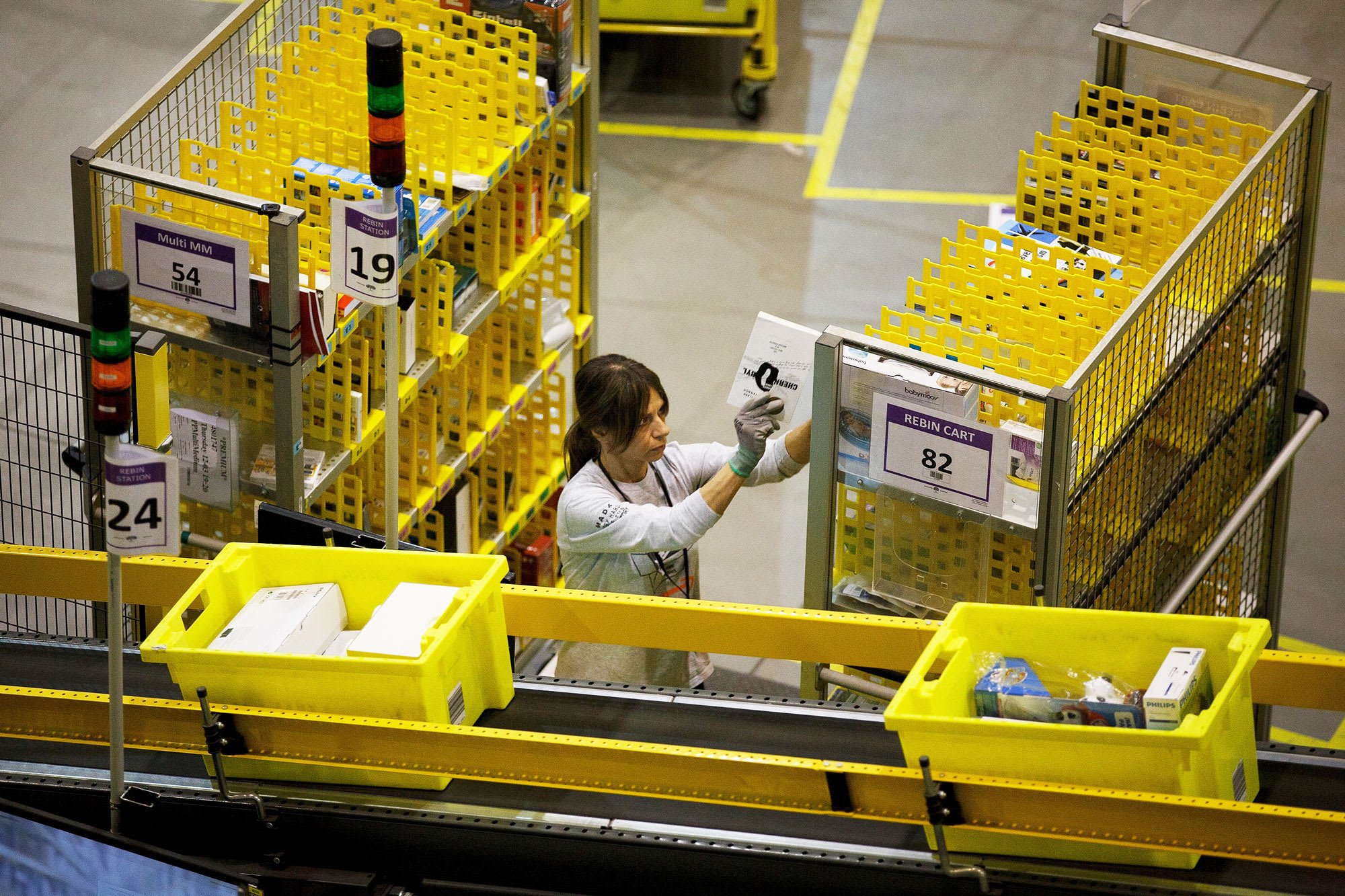 The device is a clear plastic sleeve with a clip that features an LED light and audio system, according to a memo seen by CNBC. When workers are too close to one another, the wearable emits a loud beeping noise and the light flashes. Amazon’s facility in Kent, Washington, will begin deploying the device starting Wednesday, according to a private online group for warehouse workers.

So far, Amazon is testing the device with daytime warehouse workers. Employees can pick up the wearable from stations located throughout their facility and will receive instructions on how to use the it. Workers return the device at the end of their shift and they can share feedback about the device by scanning a QR code on flyers posted in the facility. Workers don’t have to use the device if they don’t want to.

Amazon’s hope is that the technology will help employees and teams “work safer” amid the coronavirus pandemic, the memo states.

An Amazon spokesperson confirmed the company recently began a small-scale pilot of the wearable device at one of its warehouses. The spokesperson added that the company will use feedback from teams testing the device “to continue to iterate.”

“We’re excited to test this technology with you and get your feedback to understand if it’s an effective tool to keep you safe,” the memo says. “Additionally, if we are ever notified of a COVID-19 diagnosis, the data captured from the devices of associates who had close contact can be used to conduct contact tracing.”

The tests come as Amazon is also experimenting with other safety measures to enforce social distancing rules at its warehouses. On Tuesday, the company announced it’s rolling out “Distance Assistants” at a handful of facilities across the U.S. A camera is hooked up to a monitor and a local computing device that alerts users as they walk by whether they’re maintaining proper distancing.

Amazon has added floor markers in high-traffic areas as a means of advising people on how to maintain a safe distance. It has also added jobs at warehouses where employees are in charge of monitoring whether workers follow social distancing rules. The company was also relying on its “top machine learning technologists” to detect areas where it can improve social distancing in its facilities by reviewing camera footage.

Amazon’s response to the coronavirus pandemic has been criticized by warehouse workers, politicians and state attorneys general. They argue Amazon moved too slowly in its efforts to provide personal protective equipment, temperature checks and other tools to keep employees safe. The company and its CEO Jeff Bezos have pushed back on these accusations, saying Amazon has gone to “great lengths” to protect workers from the coronavirus.