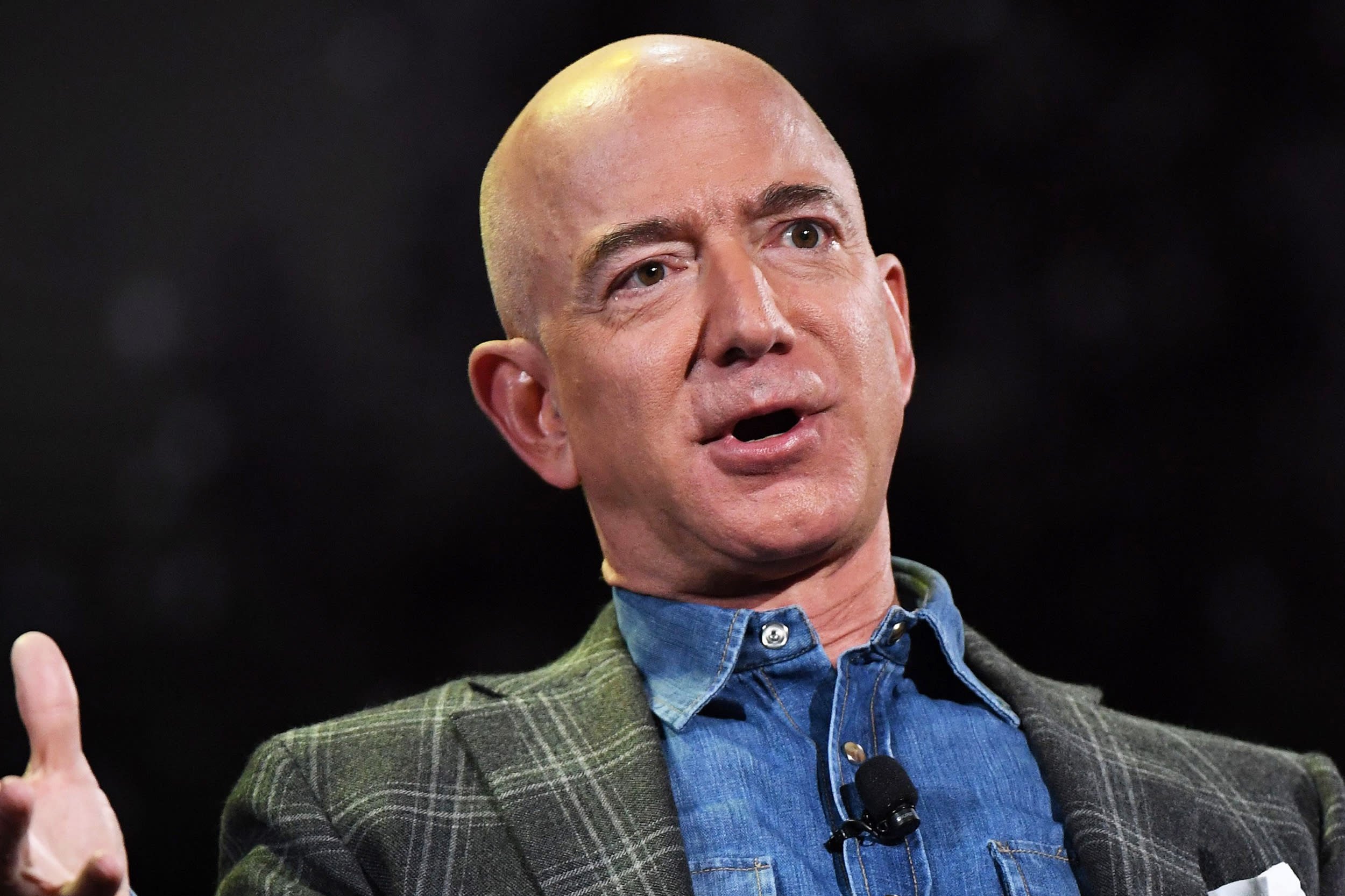 Amazon Founder and CEO Jeff Bezos addresses the audience during a keynote session at the Amazon Re:MARS conference on robotics and artificial intelligence at the Aria Hotel in Las Vegas on June 6, 2019.

Amazon CEO Jeff Bezos defended the company’s response to the coronavirus crisis at its annual shareholder meeting on Wednesday.

Shareholders pressed Bezos and other Amazon executives for answers on the company’s treatment of warehouse workers, the potential for fallout from enhanced scrutiny of Amazon and for updates on its progress around issues related to the environment and pay equity.

There were no shareholder resolutions on the docket that dealt with warehouse working conditions. Still, the topic was a recurring theme among shareholders who presented proposals and submitted questions to Bezos, as well as in Amazon’s own prepared remarks during the virtual meeting, illustrating that it remains top of mind for people inside and outside of the company.

Bezos began his address to shareholders at the virtual meeting by thanking Amazon’s frontline warehouse and delivery employees, saying they’ve provided a “lifeline” to customers who’ve been stuck at home.

“I am deeply grateful for each of you for the important work you are doing for customers,” Bezos said.

Warehouse workers, labor advocacy groups and legislators have repeatedly criticized Amazon’s response to the coronavirus, arguing the company moved too slowly in its efforts to provide personal protection equipment, temperature checks and other tools to keep employees safe.

Bezos pushed back on these accusations, saying Amazon quickly realized the need to protect workers during the pandemic. He lauded Amazon’s senior leadership and its board, saying “they’ve done a remarkable job.”

“I’m proud of the job the team has done there,” Bezos said. “We’ve taken this seriously from the very beginning.”

Bezos added that Amazon has changed how work is conducted inside warehouses to slow the spread of the coronavirus and is now “in the process” of building its own testing laboratories, with the hopes of administering tests to warehouse workers across the country.

Amazon repeated this message throughout the meeting as it showed a set of videos of warehouse and delivery workers, clad in face masks, who touted the expanded safety measures at their facilities. One worker said their job was like “walking into the chocolate factory and you won the golden ticket,” while another worker said they appreciated that Amazon “went overboard on safety.”

The company’s efforts to highlight its safety measures faced some criticism from shareholders during the meeting, including Maren Costa, a former Amazon user experience designer and member of Amazon Employees for Climate Justice (AECJ). In April, Amazon fired Costa and Emily Cunningham, also a user experience designer, from the company for breaking company rules.

Costa referred to the resignation of Amazon vice president Tim Bray and the recent firings, which also included several protesters, as evidence of a “vein of toxicity that runs through the company.” Costa last week took part in an “alternative” shareholder meeting with Amazon investors who called for Amazon to disclose the outcomes of its investments in coronavirus-related efforts.

During the Q&A session, Bezos disputed claims that Amazon fired employees for speaking out against its labor practices and said Amazon “welcomes” continued scrutiny of the company.

Bezos: We ‘dramatically undercharge’ for Prime

Bezos also touched on Amazon’s progress executing its comprehensive climate change plan and the value of its Prime subscription service.

When asked if Prime has become too expensive, Bezos countered by saying Amazon’s strategy is to “dramatically undercharge” for the service.

“Our strategy is to build value in advance with Prime,” Bezos said. “We always want Prime to be way more valuable than what we charge for it.”

The subscription service has increasingly attracted attention from antitrust regulators like the Federal Trade Commission, which has questioned whether it harms Amazon’s competitors by bundling several valuable services into one package. Prime subscribers pay $ 119 a year, or $ 12.99 per month, for free, two-day shipping on orders and access to Prime Video, among other perks.

Amazon also faces several other ongoing antitrust probes. The company is being investigated by FTC officials over its business practices in retail and cloud computing, according to reports from several outlets. The Department of Justice and the House Judiciary Committee have both opened broad antitrust reviews of Big Tech.