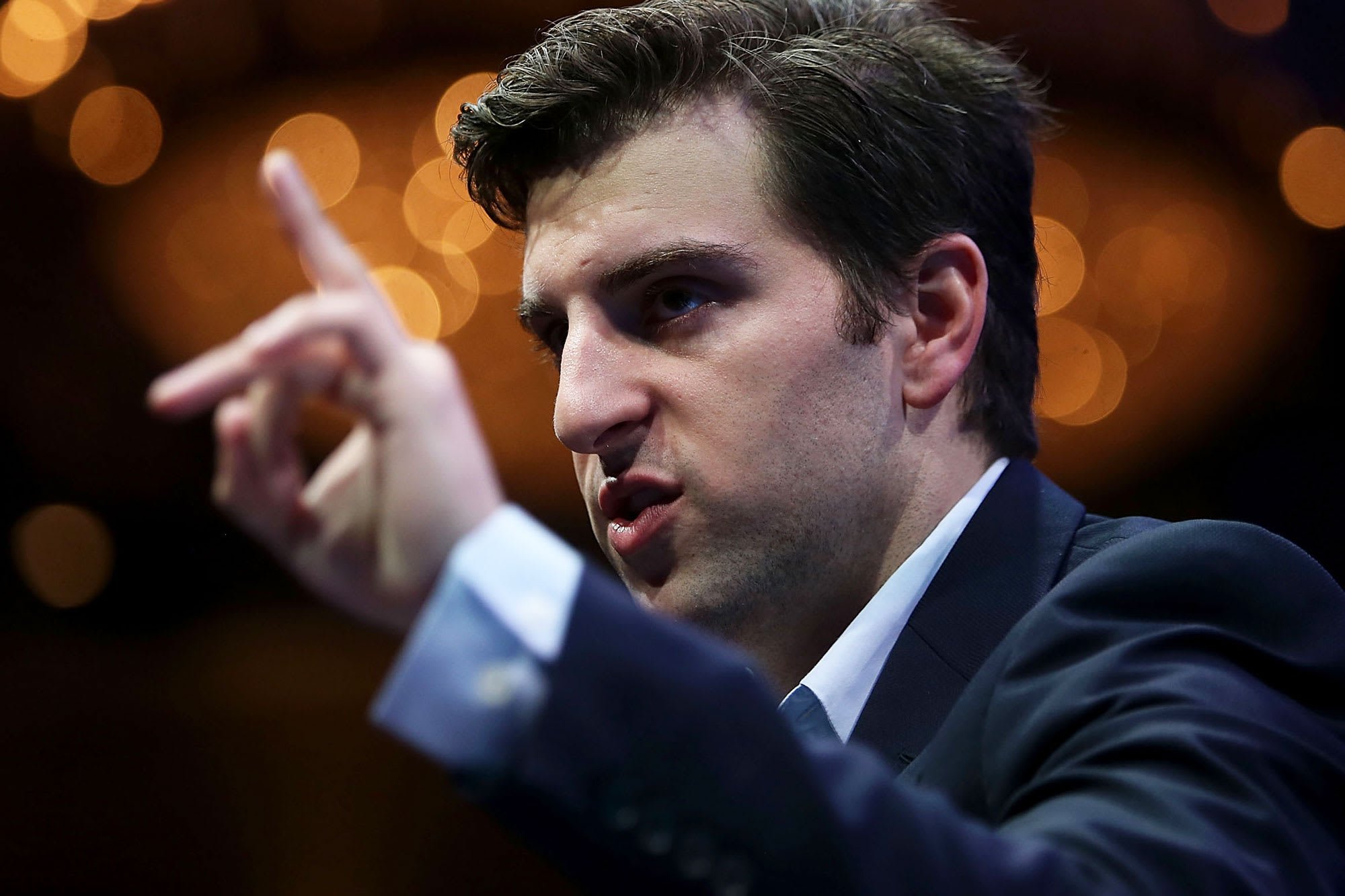 Hundreds of Airbnb hosts have taken to online groups to complain that they have yet to receive any payments from a $ 250 million coronavirus relief fund the company announced last month.

Among the rare few who have received any money, some complain that Airbnb’s policy of offering 25% of what they would normally have received under their cancellation policies is inadequate during the crisis. They are getting payments of tens or hundreds of dollars to cover losses in the thousands.

These complaints are the latest from Airbnb hosts, who have criticized the San Francisco tech company’s response to a massive wave of guest cancellations as a result of the coronavirus pandemic.

Heading into the year, Airbnb was eyeing an entry into the public markets. The company had lined up bankers to lead the offering, which would test whether Airbnb could live up to its $ 31 billion private market valuation from 2017. Instead, the company raised $ 2 billion in new debt funding at a valuation of $ 18 billion. The company has also reportedly laid off contractors, and last month, Airbnb told employees that it would institute a hiring freeze, suspend its marketing, cut executives’ salary and avoid paying bonuses for 2020.

Henry Harteveldt, travel industry analyst at Atmosphere Research Group, said Airbnb’s slow delivery of the relief fund’s payments threatens to drive hosts to competing services and will not benefit the company in the long run. It also brings into question whether the company has a strong enough executive team.

“None of this will be ignored when Airbnb does go public,” Harteveldt said. “It can expect to be grilled about this by potential investors.”

In a statement, the company said that it had begun a first round of payments this week.

“Airbnb has uniquely committed $ 250 million to help support hosts who were affected by COVID-19-related guest cancellations under our Extenuating Circumstances Policy,” a spokesman for the company told CNBC. “This week, we began a first round of support payments totalling over $ 140 million to eligible hosts. Support payments will continue to be issued to hosts impacted by these cancellations between March 14, 2020 and May 31, 2020. As shared in the initial announcement, details about eligibility, process and distribution of this support can be found here.”

In some cases, Airbnb said, hosts that spoke to CNBC for this article had less-strict cancellation policies that would have entitled guests to full or partial refunds if they canceled before a certain period. In these cases, Airbnb is reimbursing hosts based on the amount of money they would have received under these less-strict policies, not based on the total value of the bookings.

Unlike the case with hotels, Airbnb and other short-term rental sites typically require guests to pay some or all of the lodging costs before their stay, and it pays a portion of this money to hosts. The company typically keeps between 14% and 20% of each booking, plus other fees.

To give hosts some protection, Airbnb typically allows them to choose the cancellation policy they put in place for their rental properties.This lets them limit how much money a guest gets back if they cancel their stay.

However, the coronavirus pandemic changed everything. As a gesture of goodwill toward guests who were forced to cancel vacations because of health concerns and government lockdowns, the company is allowing anyone with reservations through May 31 that were booked prior to March 15 to receive full refunds. This policy overrode the cancellation policies hosts had in place, triggering numerous host complaints.

To reduce the financial burden of this decision on hosts, Airbnb on March 30 announced that the company would establish a $ 250 million fund “to help accommodation hosts impacted by COVID-19-related cancellations.” The company promised to pay 25% of the amount hosts would have received for cancellations. CEO Brian Chesky also detailed the relief fund on a virtual call with hosts.

Nearly a month later, hundreds of Airbnb hosts have taken to Reddit and Airbnb-focused Facebook groups to complain that they have not received any additional communication from Airbnb, let alone payments from the promised $ 250 million relief fund.

Among the few bits of communication Airbnb has sent hosts is an email sent out on Tuesday informing them that the company’s extenuating circumstance policy may extend to June — but the host relief fund won’t extend past May.

“These reservations will not be eligible for any payment under our $ 250M support initiative, since the program only covers check-in dates through May 31,” Airbnb wrote in the email to hosts.

Boo and Rusty Odom are Airbnb hosts in Galveston, Texas, who have yet to receive any money from the company’s $ 250 million coronavirus relief fund.

Rusty Odom, an Airbnb host with a property in Galveston, Texas, said he watched Chesky’s announcement of the $ 250 million relief fund. Initially, Odom thought the fund sounded very promising, he told CNBC. He waited patiently for it, and by his calculation, he expected to receive approximately $ 300 from Airbnb.

Two weeks later, Odom contacted Airbnb support to ask details about the fund, but he said the company gave him “the runaround” and provided no specifics.

“This stuff from Airbnb looks like a publicity stunt to stay relevant for an IPO,” Odom told Airbnb support, according to a copy of his conversation with the company.

Echoing the sentiment of many hosts, Odom told CNBC that Airbnb’s announcement of the $ 250 million fund “makes them look really good, like they’re doing some big things” but the execution of it has not lived up to the hype.

Among the few hosts who have received a payment from Airbnb is Thierry Rignol, who has about 80 Airbnb listings across Houston, Dallas, Denver, Seattle and Portland, Oregon.

After Airbnb changed its cancellation policy, Rignol says he lost more than $ 30,500 through 50 reservation cancellations.

“It was a bloodbath,” Rignol said.

“It’s a complete joke,” Rignol said. “When am I going to see the rest of that? If it’s three months from now, it’s really not going to help anyone. If it’s a promise to pay in the future, it’s worthless.”

Rignol has been hosting short-term rentals through Airbnb for three years, but after the past month, he said his confidence in Airbnb has been completely destroyed.

“Airbnb has shown that they can do essentially whatever they want,” Rignol said. “If overnight they want to put you out of business, they have that ability.”

Thierry Rignol is among the few hosts to receive money from Airbnb’s $ 250 million coronavirus relief fund, but the payment he received was for $ 106.02, much less than the $ 3,800 he was expecting.

Amanda O’Rourke said that she lost about $ 14,000 from about 20 reservation cancellations for her properties in St. Louis. After reading about the $ 250 million fund, O’Rourke said she thought it was very good news. Her feelings about the fund changed after she received a payment from Airbnb on Monday for $ 31.89.

“I just think it’s comical,” O’Rourke said. “The whole situation is frustrating, so I’m not bitter at Airbnb for it. But I just found it almost silly.”

In Dutchess County, New York, Lakota Naveja received a payment for $ 43.65, after 14 cancellations cost her $ 3,300 in forgone revenue.

If Airbnb says it’s going to do something, it needs to follow through, Naveja said. After renting out her property through the company for nearly a year, Naveja said she is now unsure if she will continue to do business with Airbnb.

“They need to take care of their hosts first,” Naveja said. “We’re the ones who fund their business. Without us they’re not going to be anywhere.”

Clarification: This story has been updated to note Airbnb’s stated policy of offering hosts 25% of what they would have received under their original cancellation policies. Many hosts allow guests to receive full or partial refunds if they cancel their bookings far enough ahead of time.