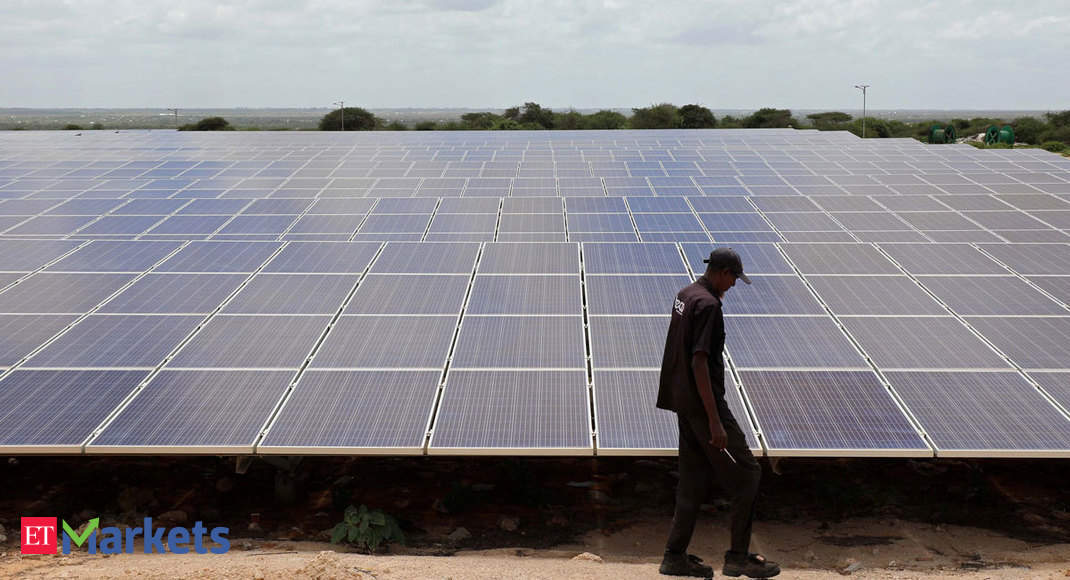 MUMBAI: Adani Green Energy Ltd. plans to raise up to $ 12 billion through sales of green bonds over the next four to five years to fund billionaire Gautam Adaniâ€™s plan to make it the worldâ€™s biggest renewable energy player.

This will be Indiaâ€™s largest sale of green paper and it is expected to catalyse the countryâ€™s lacklustre green bond market in sync with the governmentâ€™s focus on solar and wind energy. Last year, the sale of global green bonds and loans rose 50% to an estimated $ 255 billion, making it an attractive option for solar and wind energy companies.

â€œAGEL, with current issued bonds, planned issuance of under-development assets and committed pipeline of assets, will end up with close to $ 10 to 12 billion of green bonds over the next four to five years,â€ Adani group CFO Jugeshinder Singh told ET. â€œThis is consistent with our public commitment of 25,000 MW capacity by 2025.â€

The proposed green bond sale is likely from May next year, with the company raising $ 2-3 billion annually. The green bond proceeds are mandated to be used to produce non-conventional energy.

â€œWe incredibly support you on renewable plans,â€ Sean Kidney, cofounder of Climate Bonds Initiative, said in an exclusive webinar on non-conventional energy organised by Climate Bonds, FICCI and MUFG Bank. â€œWe applaud what you are doing on the solar side. Our job is to push you on the coal side and welcome you on the green side.â€

Earlier, the Adani Group CFO took a dig at Climate Bonds, citing Adani Greenâ€™s expansion in renewable energy. In the past decade, the business has changed, with the share of fossil fuel sliding. Renewable power, transmission, distribution and logistics now collectively form almost three-fourths of the business.

â€œWe had a bitter experience that Seanâ€™s group did not certify it as a green issuance,â€ said Singh who was one of the panellists in the webinar.

Adani Green aims to be the worldâ€™s largest renewable energy company by 2025. Last week, the Solar Energy Corporation of India awarded Adani Groupâ€™s renewable energy arm a project to build an 8 giga-watt solar power plant and 2 GW of solar cell and module manufacturing capacity over the next five years. The tender award was the worldâ€™s largest in the solar energy space.

With this win, Adani Green will have 15 GW of capacity under operation, construction or contract. Besides, the company will raise $ 5-6 billion through vanilla foreign currency bonds to help develop Indiaâ€™s transmission network to cope with renewable power.

â€œWe are committed to both fronts: producing and delivering of power,â€ Singh said.

In past one month, Adani Green Energy shares have surged almost 50%, outpacing the BSE Energy index, which rose 9.4%.