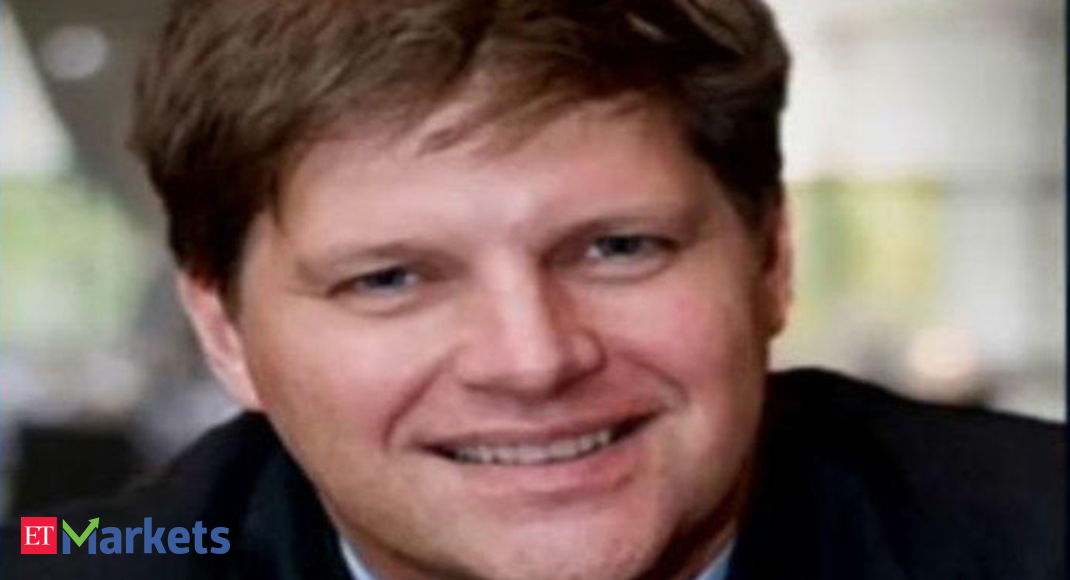 Spier says if investors can surround themselves with people with a positive attitude and work on becoming more self-aware, they inevitably become not just better investors but also better human beings.

Spier is an eminent value investor who manages Aquamarine Investment Funds. He has authored the famous book on investing, titled The Education of a Value Investor. He is also famous for bidding with Mohnish Pabrai for a $ 650,100 charity lunch with Warren Buffett on June 25, 2008.

Why Spier quit his high-paying job
Talking about his early days in the investment industry, Spier says although he had a high-paying job, which was what he always wanted, it required him to compromise on his morals and ethics. He sensed that the work environment was corrupting his mind and he wasn’t proud of what he was doing. He felt he had become an inauthentic person because of which he finally quit his job to find some mental peace.

“We like to think we change our environment, but the truth is it changes us. So, we have to be extraordinarily careful in choosing the right environment — to work with, and even socialise with the right people. Ideally, we should stick to people who are better than us so that we can become more like them. Our environment is much stronger than our intellect. Remarkably, few investors —either amateur or professional — truly understand this critical point,” the esteemed value investor wrote in his book, The Education of a Value Investor.

The inner journey
Upon quitting his job, Spier took time off for self-reflection and read some books like The Intelligent Investor and Buffett: The Making of an American Capitalist, which completely changed his perspective towards life and investment. These books helped Spier realise that one can succeed in financial business without compromising on one’s ethics.

After reading these books he was in awe of Warren Buffett and made him his role model. Buffett’s value investing philosophy resonated with him, and he started to model his behaviour on Buffett.

“When your consciousness or mental attitude shifts, remarkable things begin to happen. That shift is the ultimate business tool and life tool,” he says.

Spier says with this new-found perspective, he started writing notes and sending gifts to virtually every person he wanted to thank for some reason or the other, be it for a good meal or a conference invite.

These gestures helped him build relationship with some key people in the investment industry, which later contributed to his successful investment journey.

“My simple rule was that whenever I met someone, I would try to do something for them. It might simply be an introduction to someone else or even just a sincere compliment. What was intriguing to me was the way they reacted. In some cases, I sensed that they were saying to themselves, ‘That’s nice. I wonder what else this guy is going to do for me, or what else I can ask him for.’ In other cases, I could see that they wanted to help me too. These seemingly trivial interactions provided a barometer of whether people approached the world as givers or takers,” he said in a presentation at Talks at Google, whose video is now available on YouTube.

Compound personal goodwill
Spier advises investors to appreciate the ‘compounding of personal goodwill’ as investing is not only about earning money. “As wealth grows, the money becomes largely irrelevant. What matters in the end is what we can give back to society,” says he.

Citing his own example, Spier revealed how a ‘thank you’ note written to Mohnish Pabrai started a whole new chapter in his life. He became great friends with Mohnish Pabrai and eventually bid for the charity lunch with Warren Buffett.

Charity lunch with the Oracle of Omaha
Talking about the charity lunch, he said although the lunch cost $ 650,100, it was a priceless lifetime experience as while interacting with Buffett he learnt to live by an ‘inner scorecard’ and be at peace with himself. Buffet made him realise that the path to true success was through authenticity.

“For me, the benefit of meeting Warren Buffett was that it forced me to give up the idea that I could ever be like him and it freed me up to be myself. And I think there are a lot of people who really want to be the next Warren Buffett or can’t give up on this idea. So there’s this interesting thing that these models of behaviour are absolutely wonderful until you take it to the extreme and end up being unproductive. This became my own goal: not to be Warren Buffett, but to become a more authentic version of myself. As he had taught me, the path to true success is through authenticity,” says he.

Spier offers certain valuable insights that can help one achieve success in the investing.

· Beware of this dangerous weakness
Spier warns investors to not make the mistake he made during his early days, which was being driven by what Warren Buffett calls ‘the outer scorecard’ —the need for public approval and recognition. This, Spier feels, is a dangerous weakness for an investor to have and this can so easily lead one in the wrong direction since the crowd is generally governed by irrational fear and greed rather than by calm analysis.

· Be cautious of elite education
Spier says elite education can sometimes be a big obstacle in dealing with problems of the real world. This kind of education teaches skills that simply cannot be applied to the real world, as theories and economic models created are based on the assumption that there will be perfect information available, which isn’t the case in reality.

“Elite education focuses too narrowly on rationality, neglecting the power of human instinct and critical thinking. The trouble is, economic theories tend to be based on intellectually elegant assumptions about how the world operates, not on the messy reality in which we actually live,” says he.

· Tilt the playing field
Spier emphasizes the importance of doing things that can ‘tilt the playing field’ to an investor’s advantage. He says by doing so investors can drive themselves towards success rather than try to fixate on some goal that may or may not be attainable.

“Finding rules that tilt the playing field towards ourselves makes us slightly ahead of others. So ‘thank you’ note is one way of tilting the playing field. Sending out ‘thank you’ notes, creating goodwill, leaving a little bit more on the table in every interaction that I have leaves people with a positive impression of me willing to help or willing to do something and that comes in in unexpected times,” he says.

· Create the right environment
Spier is of the view that a healthy environment and network can have a massive influence on investors so they should choose the city where they would like to live and work, and the people they associate with wisely. Developing daily routines in a healthy workplace can keep investors focused and enable them to make consistently sound financial decisions.

· Know your limitations
Spier says it is essential for investors to know their limitations, which can come from understanding of self, as well as accepting the short-comings of the human mind. Only then can investors think of a process to work around these flaws.

This, he says, can be done by creating the right rational environment and developing an investment process using checklists which can help in avoiding classic mental mistakes.

“The goal isn’t to be smarter. It’s to construct an environment in which my brain isn’t subjected to quite such an extreme barrage of distractions and disturbing forces that can exacerbate my irrationality. For me, this has been a life-changing idea,” says he.

He warns investors against falling into this trap and encourages them to accept their mistakes as this gives them the opportunity to learn from it and begin afresh.

During a crisis, many businesses are sold for much less than their intrinsic value which gives a great opportunity to a value investor to buy shares of a company promising high profits in the future for a very low price, says he.

· The ultimate prize
Finally Spier emphasis that if investors can become self-aware, strip away facades and listen to their inner self, they can become stronger internally and get better equipped to deal with adversities when they inevitably come.

“The stock market has an uncanny way of finding us out, of exposing weaknesses as diverse as arrogance, jealousy, fear, anger, self-doubt, greed, dishonesty, and the need for social approval. To achieve sustainable success, we need to confront our vulnerabilities, whatever they may be. Otherwise, we are building our success on a fragile structure that is ultimately liable to fall down,” says he.

Spier feels if investors can develop these qualities not only will they become good investors but also good human beings. “The real reward of this inner transformation is not just enduring investment success. It’s the gift of becoming the best person we can be. That, surely, is the ultimate prize,” says he.

(Disclaimer: This article is based on Guy Spier’s book “The Education of a Value Investor” and his presentation at Talks @ Google, whose video is available on YouTube).