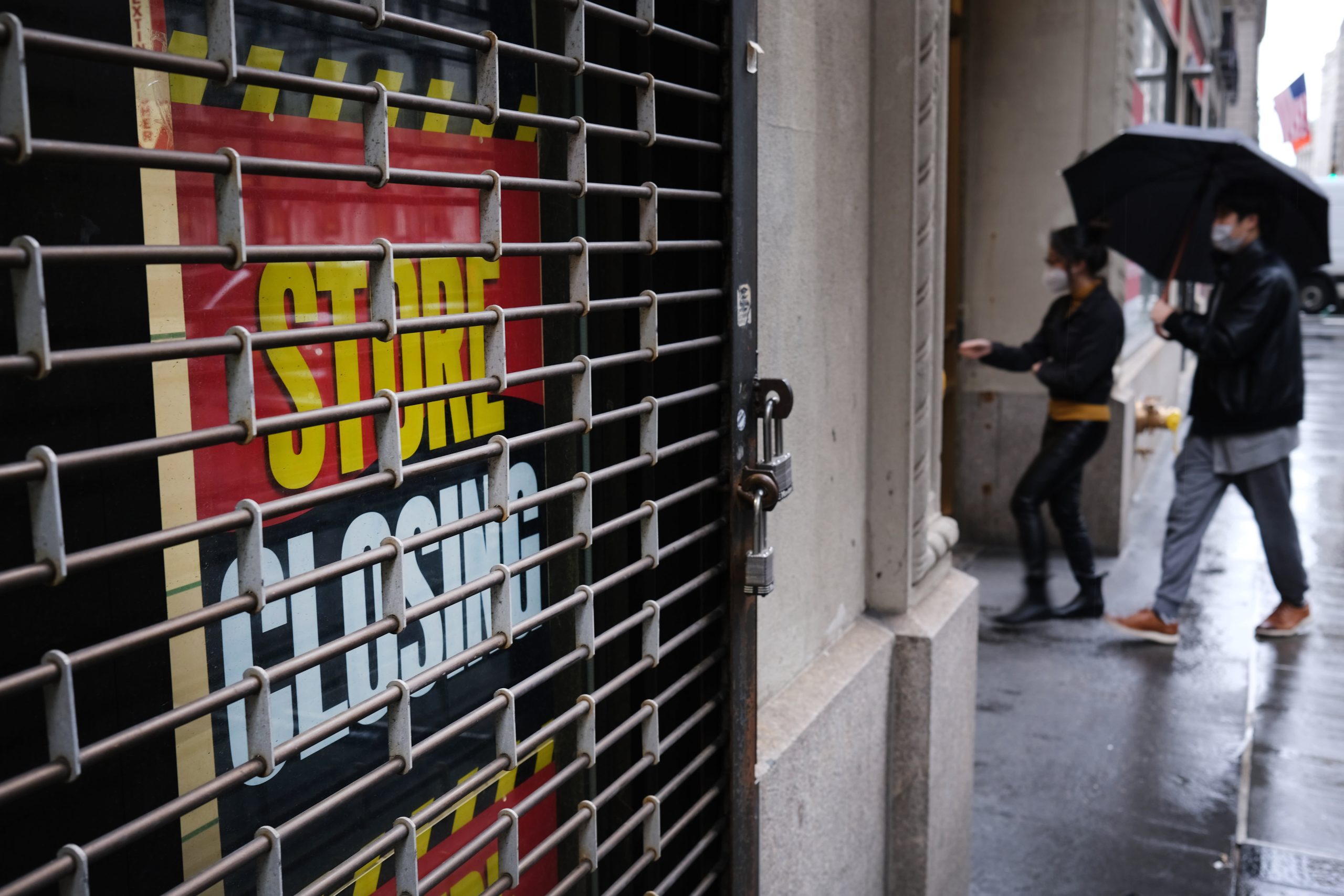 A record number of Americans just lost their job, and yet stocks are moving higher. This seems paradoxical given the economic toll — to say nothing of the emotional toll — on millions of people across the country without a job.

While some say this is further indication that the stock market has become decoupled from reality, others say there are clear reasons why stocks have rebounded, and can continue to move higher.

For one, the jobs data in and of itself is backward-looking. The April figures — which saw a record 20.5 million Americans lose their job — is from the height of the crisis. Since then, economies have begun to reopen. There is still a long way to go, of course, but the market is discounting what’s going to happen six months from now, when most states will be getting back to business.

Strategists also point out that the losses have been somewhat concentrated in the leisure and hospitality sector, whose underperformance has overshadowed strength in other areas of the market. And with the government and federal reserve providing record stimulus measures, some argue that once businesses do get back up and running, the recovery will be swift.

While the debate among health experts about how and when economies should reopen is ongoing, some states have already started easing shelter-in-place measures. A number of states including Florida began phase one reopenings on Monday. California became the latest state to lift some of its precautionary measures, with certain low-risk retailers allowed to open beginning Friday.

“The market knows that the job losses are self-inflicted due to the widespread shutdowns,” Bleakley Advisory Group chief investment officer Peter Boockvar told CNBC. “Thus, now that we are beginning the reopening process the market assumes many of these people will hopefully get hired back over the coming months and quarters.”

Additionally, 78% of those who lost their job in April said they were furloughed, meaning the unemployment in theory will be temporary. Goldman strategist Jan Hatzius said this is an important distinction to make, given that it suggests the recovery will be swifter.

“If job losses are concentrated in this segment [furlough], it would increase the scope for a more rapid labor market recovery when the economy eventually rebounds (because employees can be recalled to their previous jobs, as in several past recessions),” he wrote in a note to clients ahead of the report.

At first the market sell-off was broad in nature as the uncertainty surrounding the coronavirus sent the major averages tumbling into a bear market at the fastest pace on record.

But since then, the divide between the winners and losers widened. Unsurprisingly stocks most exposed to the coronavirus threat — including hotels and airlines — have continued to trade lower. But other names are showing strength. On Thursday the Nasdaq went positive for the year, as names like Netflix and Amazon surged to all-time highs.

“Large companies have fallen much less than smaller companies. It is likely that as a result of this crisis the strong will get stronger … and so the stock market is reflecting that in its relative valuation,” Peter Orszag, Financial Advisory CEO at Lazard and former OMB director under Obama, said on CNBC’s “Squawk Box.”

“The US consumer has proven to be the economic engine over the last decade, and investors who are buying heavily into this market believe that behavioral changes are unlikely to create a dislocation in demand longer than a couple of quarters,” added Shannon Saccocia, chief investment officer at Boston Private Wealth.

That said, Saccocia said a more cautious tone is warranted, since she believes it’s a “misconception” that demand for consumer services will return quickly once government edicts lift.

As the coronavirus wreaked havoc on markets, governments and central banks around the world stepped in in an effort to prop up prices.

In March, President Donald Trump signed into law a record $ 2 trillion federal stimulus package known as the CARES Act, while the Federal Reserve announced that it would engage in unlimited asset purchases.

“While the collapse in economic activity is historic, so too is the global policy response to cushion the impact and support a recovery as containment measures are relaxed,” JPMorgan strategist Marko Kolanovic said in a recent note to clients.

“We estimate the impact of Fed easing in both rates and credit more than compensate for the temporary hit to corporate earnings when valuing the US market via discounted earnings,” he added.

As part of its stimulus measures, the Federal Reserve in March slashed interest rates to near zero. At the central bank’s most recent meeting at the end of April, it pledged to keep rates at historic lows until the economy recovers. This supports economic activity since it makes borrowing money cheaper.

“Interest rates are going to be extremely low — barely positive — for a very long period of time, so that does provide some support to equity prices,” noted Orszag.

Amid the ongoing uncertainty, Kate Moore, head of thematic strategy for BlackRock’s Global Allocation Team, said it’s important for investors to look beyond the noise and determine who the winners on the other side will be.

She believes the market is moving higher due to three reasons: the slowing rate of infection, the gradual reopening of states’ economies, and the improving relations between the U.S. and China.

“We need to continue to get government and policy support in order for the market to move forward, and for us to not just be reacting to some slightly incremental better newsflow, but to something that’s more fundamentally driven,” she said.

While many unknowns remain and the path forward is far from certain, famed investors are quick to note that the U.S. has bounced back before.

“Nothing can basically stop America,” said Warren Buffett, chairman and CEO of Berkshire Hathaway, at the conglomerate’s first virtual shareholder’s meeting on Saturday. “The American miracle, the American magic has always prevailed and it will do so again.”