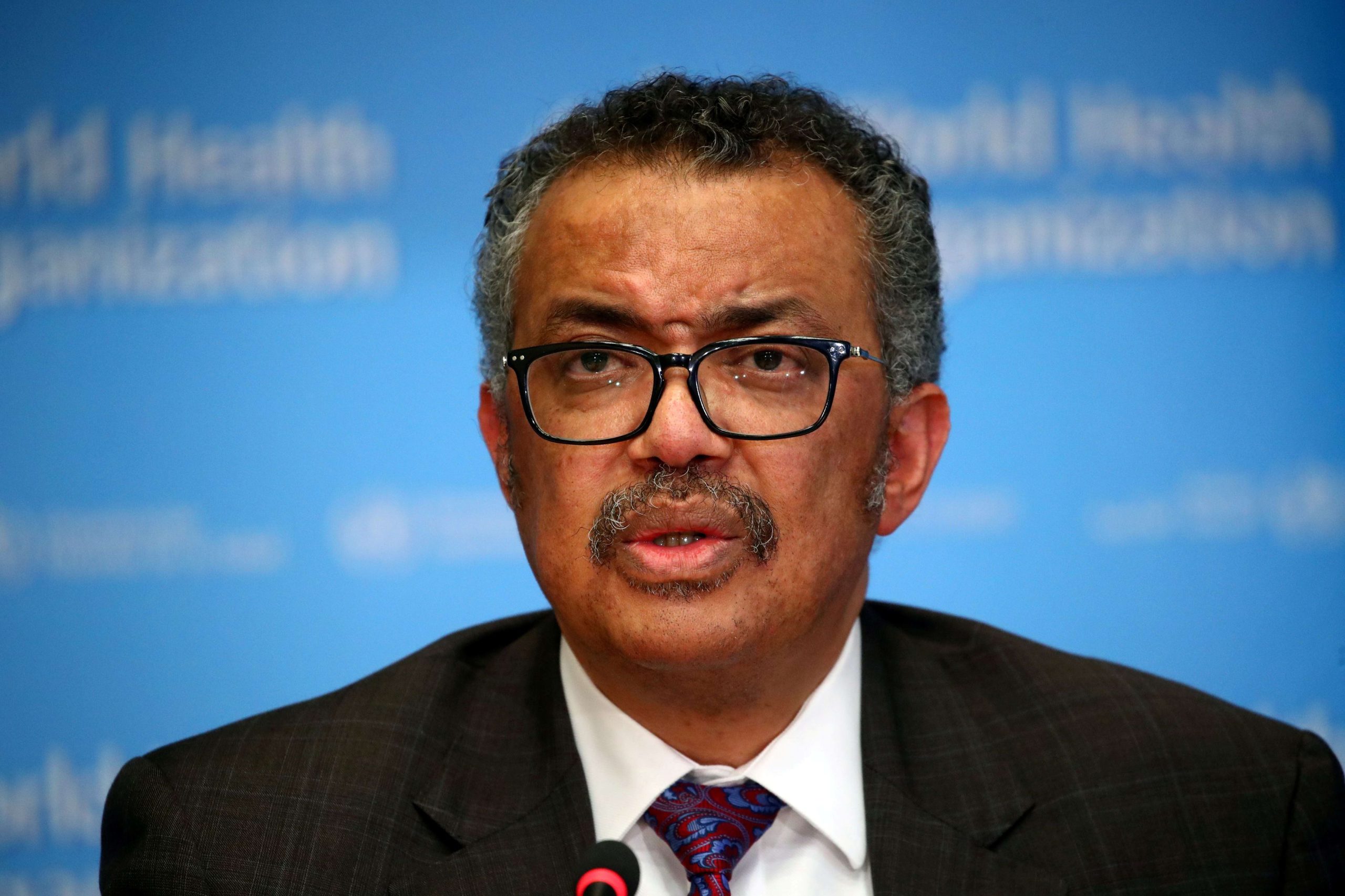 Director General of the World Health Organization (WHO) Tedros Adhanom Ghebreyesus speaks during a news conference on the situation of the coronavirus (COVID-2019), in Geneva, Switzerland, February 28, 2020.

The World Health Organization on Monday temporarily suspended its trial of hydroxycholoroquine, the drug backed by President Donald Trump to combat the deadly coronavirus, over safety concerns.

“The Executive Group has implemented a temporary pause of the hydroxychloroquine arm within the Solidarity Trial while the safety data is reviewed by the Data Safety Monitoring Board,” WHO Director-General Tedros Adhanom Ghebreyesus told reporters at a news briefing.

“The other arms of the trial are continuing,” Tedros said. “This concern relates to the use of hydroxychloroquine and chloraquine in Covid-19. I wish to reiterate that these drugs are accepted as generally safe for use in patients with autoimmune diseases or malaria.”

Hydroxychloroquine, which Trump has repeatedly touted as a potential game changer in fighting the coronavirus, is an anti-malarial drug that’s also used by doctors to treat rheumatoid arthritis and lupus.

Numerous clinical trials are looking to see if it’s effective in fighting Covid-19, but it is not a proven treatment.

But despite the lack of scientific evidence presenting hydroxychloroquine as a viable coronavirus treatment option, Trump told reporters earlier this month that he has been taking the drug to avoid contracting the disease.

“I happen to be taking it,” Trump said during a roundtable event at the White House.

He has since finished taking the drug, he said, NBC News reported. “Finished, just finished,” he said in an interview that aired on Sinclair Broadcasting on Sunday. “And by the way, I’m still here.”

The White House declined to comment. The Department of Health and Human Services did not immediately respond to a request for comment from CNBC.