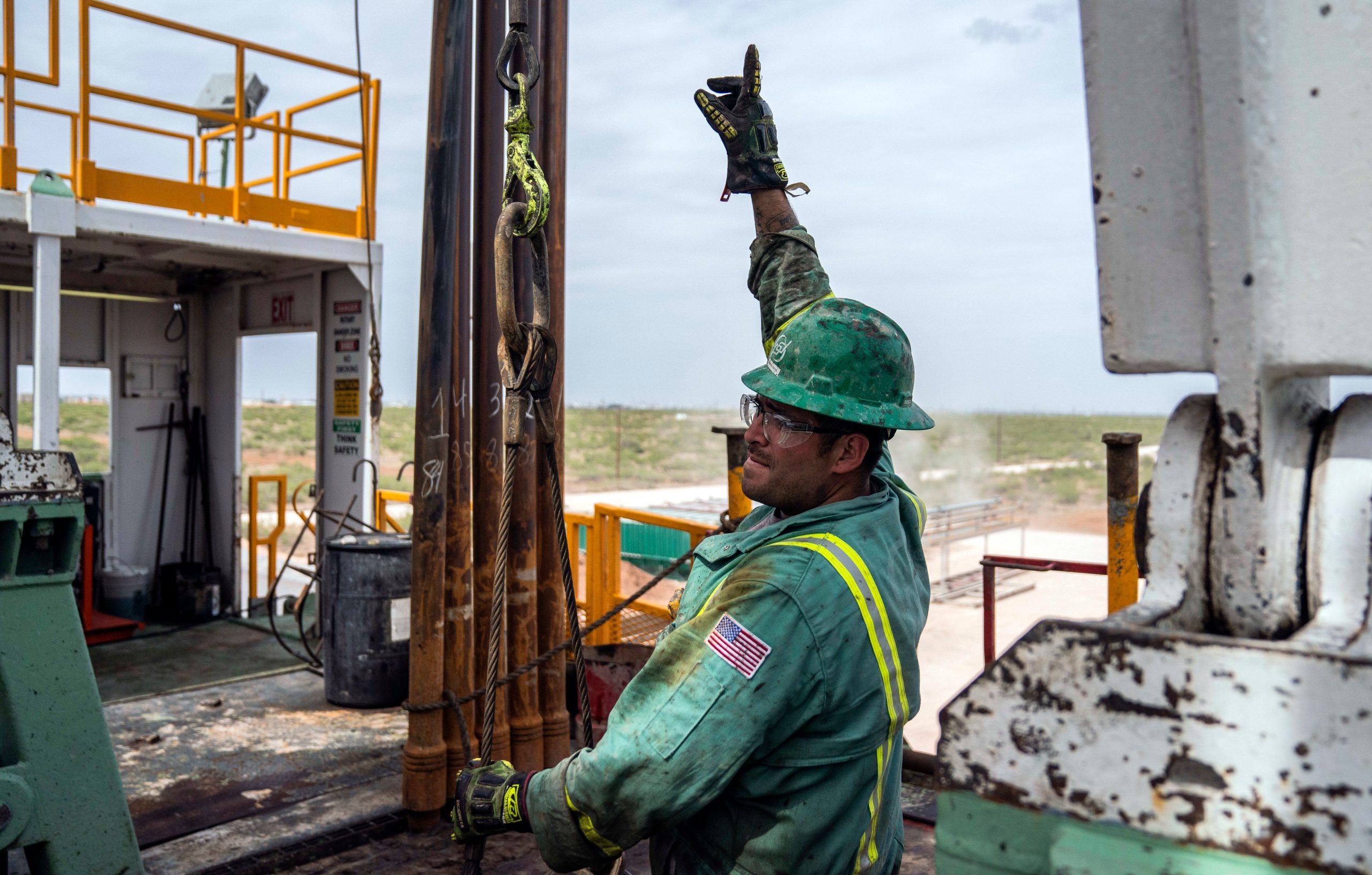 Workers extracting oil from oil wells in the Permian Basin in Midland, Texas on May 1, 2018.

U.S. crude prices plunged in afternoon Asian trade on Monday as traders continued to fret over a slump in demand due to the coronavirus pandemic â€” and one analyst described the situation stateside as “quite dire.”

Prices on the May contract for West Texas Intermediate crude futures tanked 22% to $ 14.22 per barrel. Meanwhile, international benchmark Brent crude futures edged 3.38% lower to $ 27.13 per barrel.

ANZ’s Daniel Hynes told CNBC’s “Squawk Box” on Monday that one of the reasons behind the “crater” in U.S. crude prices was the impending expiration of the May futures contract, set to happen on Tuesday, according to Refinitiv. The June WTI contract fell more than 7% to $ 23.21 per barrel.

Front month futures contracts typically converge with spot prices as they near expiry.

“There will be traders in the market who only want to trade the paper, so they will roll over into the next futures contract. That means selling the May contract and buying the June,” Hynes, who is a senior commodity strategist at ANZ, told CNBC in a follow-up email exchange.

“But there are also traders who are buying for clients who trade the physical. So they hold the contract to expiry and deliver the crude,” or accept the crude if they are on the other side of the trade, he said.

This could be why there’s a steeper fall in the May futures contract compared to the June contract. Spot prices are “particularly weak” at the moment, Hynes said, adding that spot U.S. crude is trading for as low as $ 12-13 per barrel. This was caused by a combination of a “collapse in demand and a subsequent lack of storage,” he said.

In a normal market, the spread between the spot price and the one month forward futures contract “may only be around 40-50 cents per (barrel),” he said. “At the moment, it’s been as high as $ 8-10 (per barrel).”

Hynes said that prices are likely to “remain under pressure” over the next month or so.

The coronavirus pandemic has dealt a severe blow to economic activity around the globe and sapped demand for energy. While OPEC and its oil producing allies finalized a historic agreement earlier this month to cut production by 9.7 million barrels per day, the International Energy Agency has warned that the cuts may not be enough to offset a severe plunge in oil demand.

With demand at near-paralysis, oil and fuel tanks around the world are close to brimming â€” a stark evidence of the global glut and a function of the “contango” structure of the futures market, where contracts for later delivery trade at a premium to the front-month.

That’s led to a dash by traders to lease floating or onshore storage in a bid to sell the fuel for a profit when prices rebound.

“The real problem of the global supply-demand imbalance has started to really manifest itself in prices,” Bjornar Tonhaugen, head of oil markets at Rystad Energy, wrote in a Monday note. “As production continues relatively unscathed, storages are filling up by the day.”