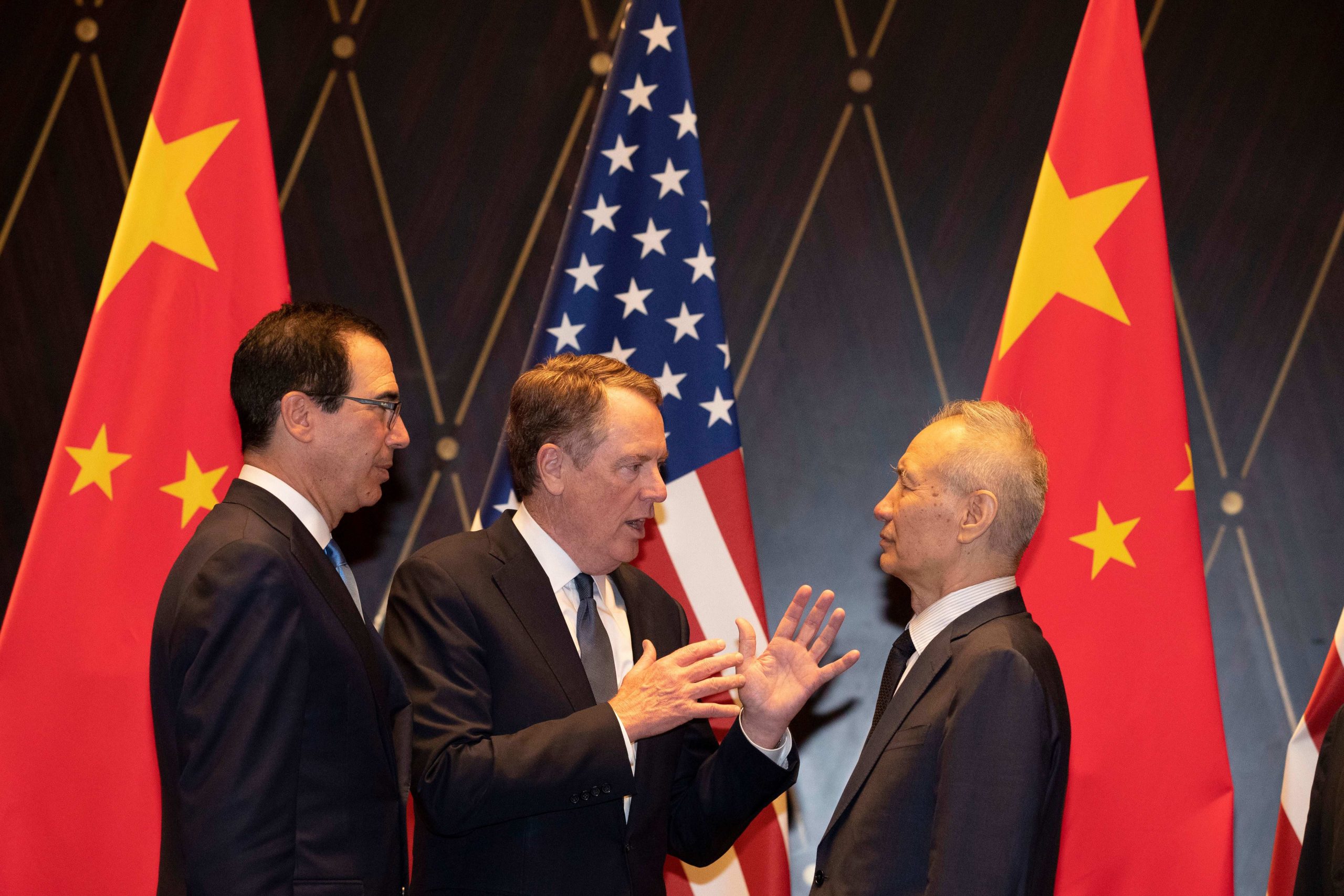 U.S. Trade Representative Robert Lighthizer (C) gestures as he chats with Chinese Vice Premier Liu He (R) as U.S. Treasury Secretary Steven Mnuchin (L) looks on after posing for a “family photo” at the Xijiao Conference Centre in Shanghai on July 31, 2019.

Top officials from the U.S. and China held a phone call late Thursday Eastern time to discuss trade matters including the “phase one” deal that was signed in January.

U.S. Treasury Secretary Steven Mnuchin and U.S. Trade Representative Robert Lighthizer also spoke to Chinese Vice Premier Liu He about the economic and public health issues, according to the government from both sides.

The call came as investors globally raised concerns over increasing tensions between the U.S. and China â€” two of the largest economies in the world.

The two countries were embroiled in a trade war for the last two years and added significant amounts of tariffs on each other’s products â€” before tensions took a pause when they signed the phase one agreement. But relations between the two appeared to worsen again in recent weeks, with Washington and Beijing disputing over a variety of issues, including the origin of the coronavirus.

The coronavirus pandemic also raised questions about whether China could fulfill its obligations in the phase one deal, which include purchasing an additional $ 200 billion of U.S. goods over two years. Over the weekend, U.S. President Donald Trump said he would “terminate” the agreement if Beijing failed to meet those obligations.

But during the Thursday call, both sides “agreed that in spite of the current global health emergency, both countries fully expect to meet their obligations under the agreement in a timely manner,” according to the Office of the U.S.Trade Representative. A statement by China’s Ministry of Commerce also said both countries are working toward implementing what’s outlined in the trade deal.