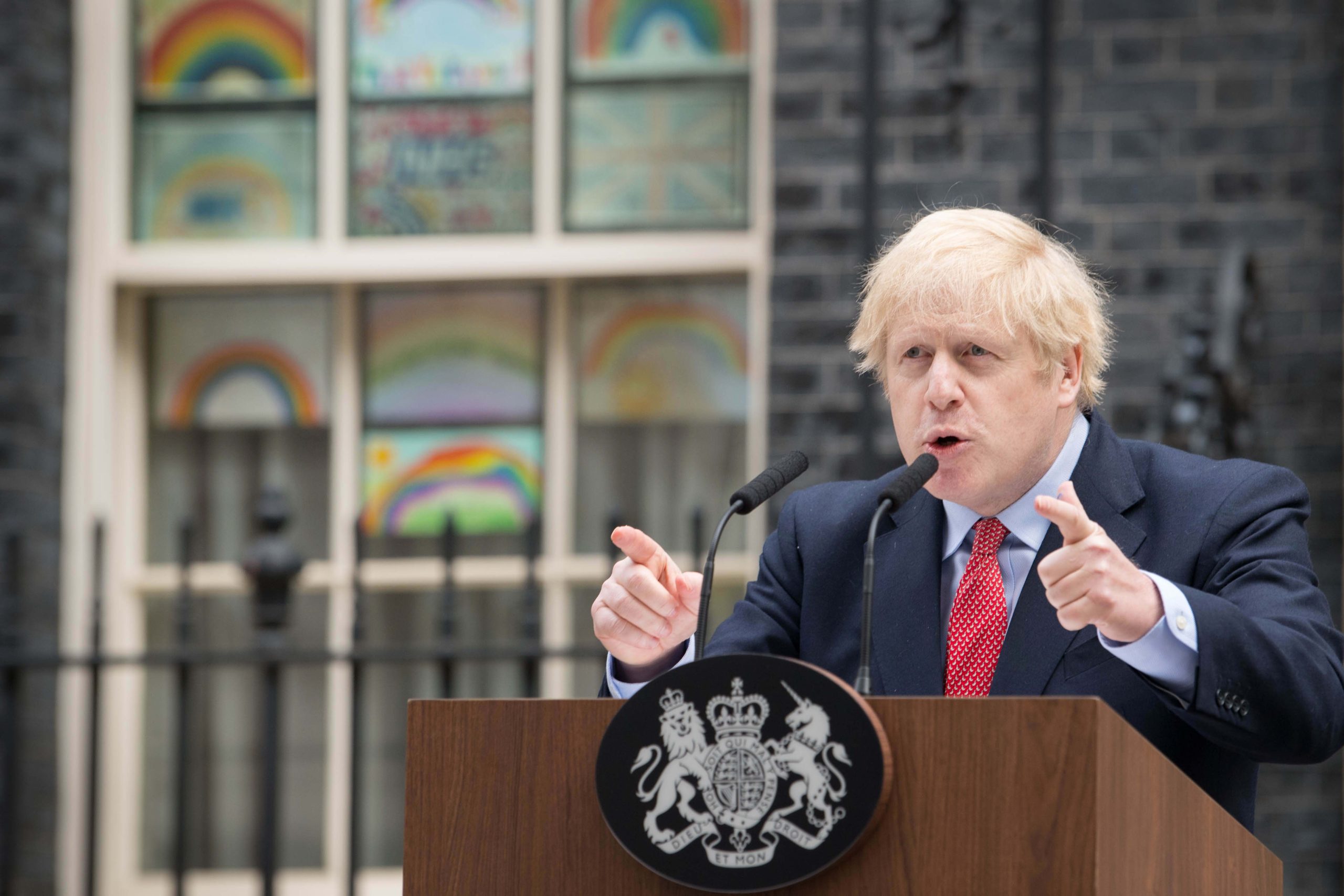 The U.K.’s Prime Minister Boris Johnson said there would be no quick lifting of restrictions in the country, as he made his first public statement since returning to work after recovering from a coronavirus infection.

“We are passing through the peak,” Johnson said “We are on the brink of achieving that first great mission, to prevent our National Health Service (NHS) from being overwhelmed,” he said, adding that the country was “beginning to turn the tide” against the outbreak.

While he said he recognized the urgency of lifting lockdown measures as soon as possible, he warned that “this is the moment of maximum risk” as he asked the public to contain their “impatience” with regards to the lockdown.

“There will be time to refine the restrictions and to fire up the engines of the economy,” Johnson said outside Downing Street, but he added “we cannot say when those changes will be made.”

He thanked the British public for their “grits and guts” during the crisis, and Foreign Minister Dominic Raab who has deputized for him while he was recovering from a serious coronavirus infection.

Boris Johnson last made a public statement on Easter Sunday after he was released from hospital. In his video statement, he personally thanked the NHS for saving his life.

Johnson has returned to his office and residence in Downing Street, central London after spending two weeks at his country residence Chequers following a serious coronavirus infection that saw him admitted to intensive care.

It comes amid mounting speculation that Johnson â€” who is holding a meeting with his cabinet Monday before other talks with senior ministers and officials, the BBC reported  â€” could announce plans to start lifting the U.K.’s lockdown as early as this week. This would be ahead of the May 7 date when measures were next set to be reviewed.

The Telegraph newspaper reported Sunday that Johnson had discussed with ministers the idea of “modifying” the lockdown rather than lifting it, emphasizing that restrictions will remain in some form even if workplaces and schools start to reopen gradually.

There are increasing calls from lawmakers within the ruling Conservative Party that the ongoing restrictions need to be lifted sooner rather than later because of the damage it is doing to the economy; the U.K.’s economy is expected to contract 6.5% in 2020, according to the International Monetary Fund’s latest forecasts.

Lockdown measures were imposed on the British public and majority of businesses (bar those deemed essential such as supermarkets) on March 23, but there is a growing sense that the public are tiring of the measures.

The government will have to weigh the potential economic damage against the public health implications of lifting a lockdown too quickly and risking a second wave of infections.

The U.K. has 154,037 reported cases of Covid-19 as of Sunday, according to Johns Hopkins University data, and has reported 20,795 deaths â€“ a number that is steadily increasing and could end up overtaking the death tolls seen in Italy (26,644 deaths) and Spain (23,190 deaths), the worst hit countries in Europe.

Still, Italy, Spain and Germany have slowly started to lift coronavirus restrictions; Italy and Germany have allowed smaller retail stores to re-open and Spain has allowed manufacturing and construction businesses to reopen. For the first time in six weeks, children in Spain were allowed to exercise outside this weekend.

People relax in the sunshine in London Fields park in east London on April 25, 2020, during the national lockdown due to the novel coronavirus COVID-19 pandemic.

The U.K. government, which has been led by Foreign Minister Dominic Raab while Johnson has been unwell, has come under fire for its handling of the crisis.

In particular, the government has been criticized for a shortage of personal protective equipment for frontline health workers and a comparatively small amount of testing compared to its European peers.

The government has pledged to carry out 100,000 coronavirus tests a day by the end of April, starting with the testing of key workers. .

Public support for the government’s handling of the crisis, which was strong at the start of the coronavirus outbreak, is starting to wane. An Opinium poll for the leftwing Observer newspaper published Sunday showed that approval of the government’s handling of the crisis has decreased to 51% (from 57% the previous week), while 57% disapproved of the coronavirus testing plan so far, up from 48% on April 7.