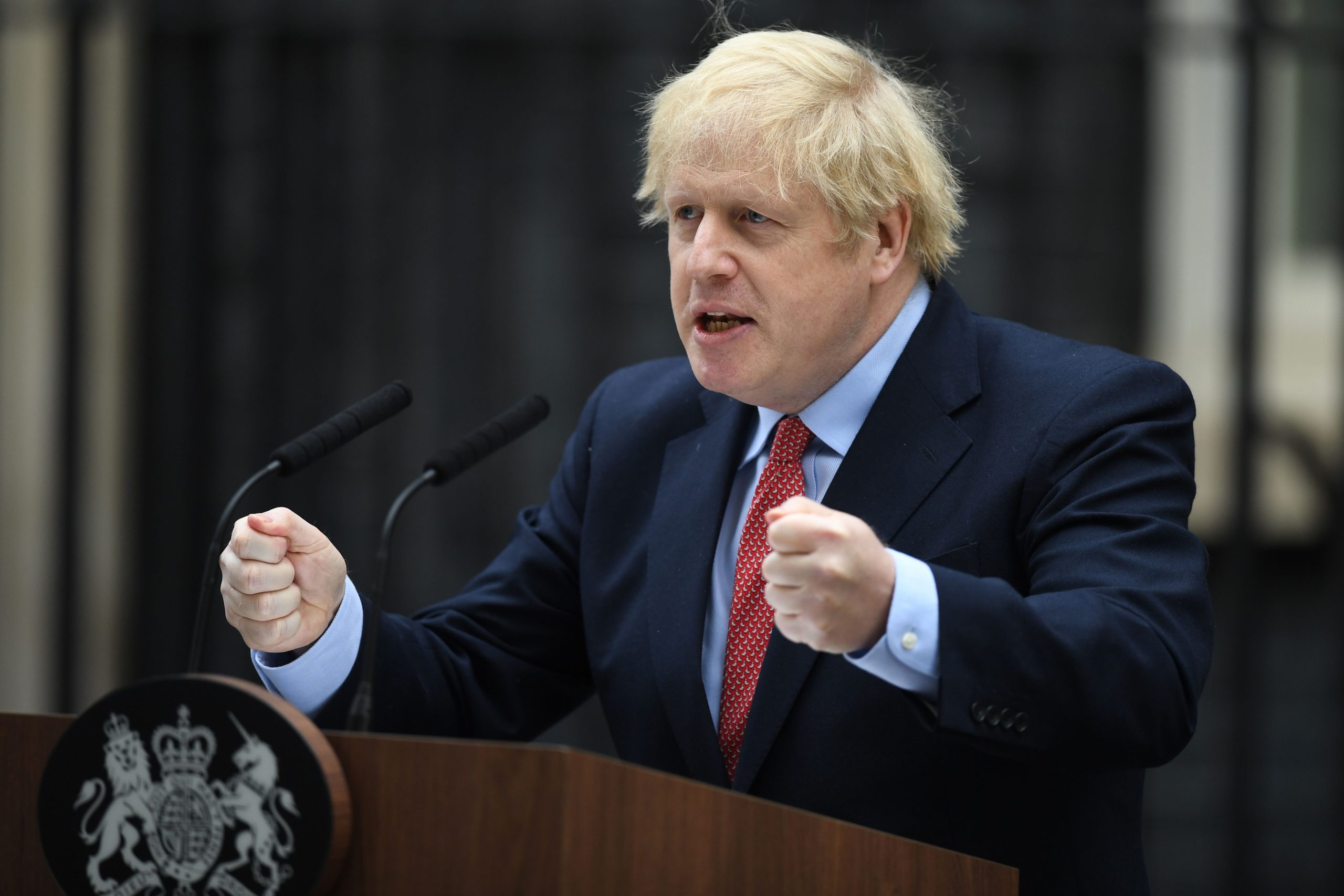 Britain’s Prime Minister Boris Johnson gives a statement in Downing Street in central London on April 27, 2020 after returning to work following more than three weeks off after being hospitalized with the COVID-19 illness.

The U.K. government released a 50-page document detailing its new, more relaxed coronavirus lockdown measures on Monday, as Prime Minister Boris Johnson warned of “the most perilous moment” for the country.

Speaking in Parliament on Monday, Johnson said: “Our journey has reached the most perilous moment where a wrong move could be disastrous. So at this stage, we can go no further than to announce the first careful modifications of our measures.”

The document, which followed a public address by Johnson on Sunday evening, stressed that the coronavirus pandemic was not a short-term crisis.

“It is likely that COVID-19 will circulate in the human population long-term, possibly causing periodic epidemics. In the near future, large epidemic waves cannot be excluded without continuing some measures,” the document said.

It outlined what people in England are now allowed to do, after seven weeks of strict lockdown. Changes to restrictions include:

Johnson also said in Parliament that guidance for social distancing in the workplace would be laid out later Monday. The government has been criticized for advising some people to return to work without giving clear guidelines on how this can be done safely.

The relaxing of lockdown measures is conditional on key criteria being met, such as the rate of infection remaining low. The new rules also largely focus on England, with the devolved governments in the U.K. having their own guidelines and shunning Johnson’s new “stay alert” message.

Last week, it was confirmed that the U.K. has the highest official death toll as a result of the coronavirus in Europe. The country surpassed Italy as the worst-hit country in the region and is now second only to the U.S. for Covid-19-related deaths worldwide. On Monday, the death toll hit 32,065 with a rise of 210 in the past 24 hours.

Experts have warned against international comparisons, citing differences in demographics and because each country has its own way of measuring the number of deaths. The U.K. only recently started adding deaths in the community, such as nursing homes, to its official statistics; previously, it had included only those who died in hospital.

The U.K. government has faced intense criticism from opposition parties, with some lawmakers suggesting Johnson was too slow to respond to the pandemic when it first emerged. The country’s restrictions were first imposed on March 23.

The U.K. leader â€” who himself has battled the disease and spent days in an intensive care unit â€” was initially reluctant to impose national lockdown measures at a time when hospitals in Italy were already being overrun. Downing Street has also come under fire for failing to provide enough protective equipment to hospitals and being late to roll out mass testing.