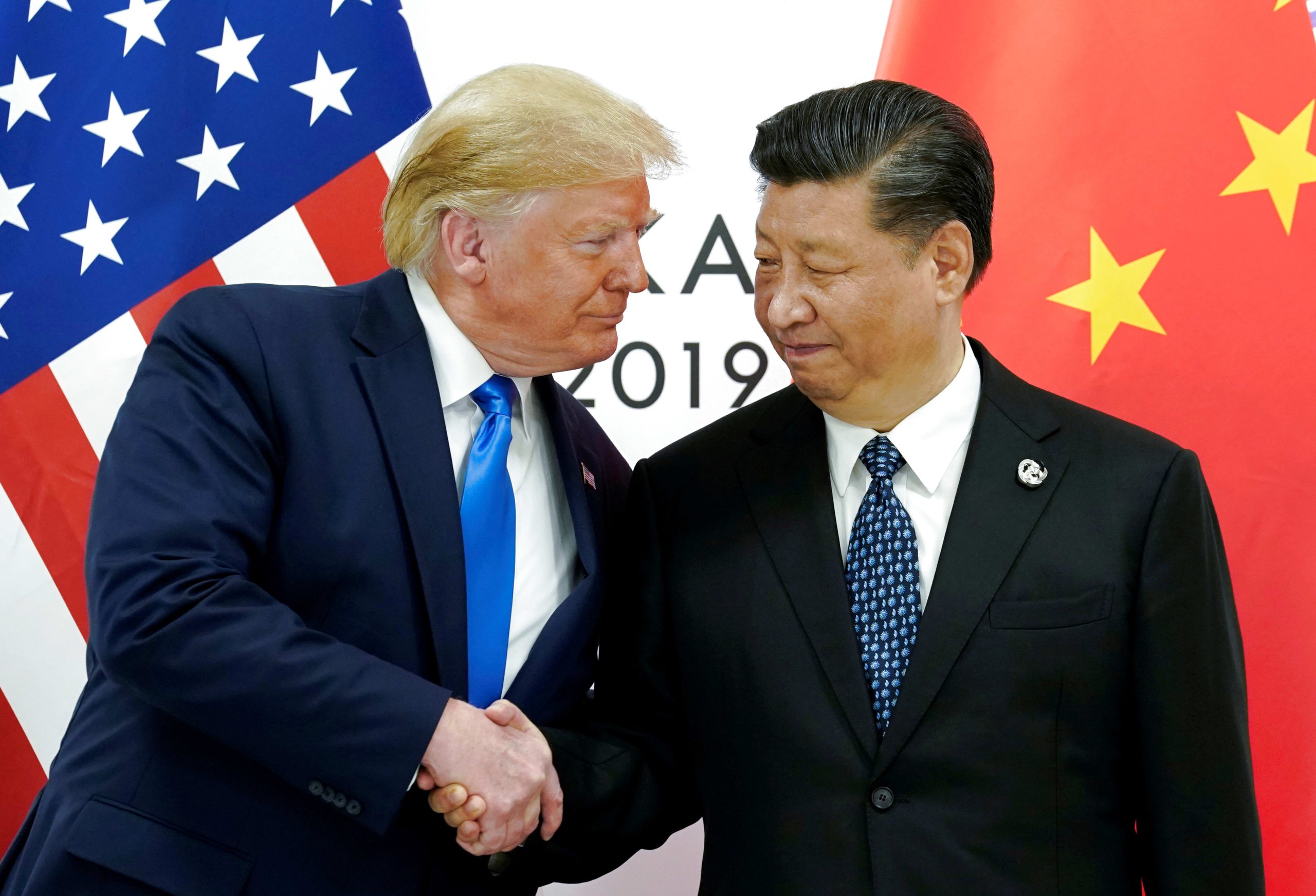 WASHINGTON â€“ President Donald Trump on Wednesday said any benefits from the U.S. China trade deal he signed in January pale in comparison to the damage that has been caused by what Trump called “the plague from China.”

It was unclear whom Trump was referring to when he said “dealing with China is a very expensive thing to do.” The White House declined to comment.

But after months of Trump resisting pressure to explicitly tie U.S.-China trade relations to the bilateral coronavirus blame game, the tweet was one of several signs in recent days that Trump may be changing tack.

On Monday, Trump and Labor Secretary Eugene Scalia directed the Federal Retirement Thrift Investment Board to halt plans to invest in Chinese companies. In a letter, Scalia wrote that the current plan to invest federal savings would place “billions of dollars in retirement savings in risky companies that pose a threat to U.S. national security.”

An accompanying letter from Trump administration officials warned that Chinese companies could face sanctions related to what the White House claimed were “culpable actions of the Chinese government with respect to the global spread of the [coronavirus]”.

On Wednesday morning, the FRTIB announced it would delay its plan to invest what would have amounted to about $ 4.5 billion in Chinese equities.

The delay represents a significant ratcheting up of financial pressure on Beijing, which is already under immense strain from the collapse in demand for Chinese goods caused by global pandemic.

But while the White House is quick to use words like “liable” and “culpable” to imply that China can somehow be held legally responsible for the deadly pandemic, experts say there is no provision in international law which allows culpability to be assigned to a particular country for a pandemic.

On Wednesday morning, the U.S. put further pressure on China when the FBI, in a joint statement with the Cybersecurity and Infrastructure Security Agency, said it is investigating “the targeting and compromise of U.S. organizations conducting COVID-19-related research by [China] affiliated cyber actors and non-traditional collectors.”

The hackers have been caught attempting to “identify and illicitly obtain valuable intellectual property” and public-health data related to coronavirus research, said the FBI. “The potential theft of this information jeopardizes the delivery of secure, effective, and efficient treatment options.”

Yet while actions like these certainly serve to deepen the mutual distrust between Washington and Beijing, it’s difficult to ascertain what impact they’re having on the nuts and bolts of the trade deal itself.

According to the U.S. Dept. of Agriculture, which tracks implementation of the deal on agricultural products, China and the United States are continuing to make progress on opening market access for American exports, and easing tariffs on both sides.

This week, China took another step forward in the deal by issuing a new list of 79 U.S. products eligible for tariff waivers. The list, released on Tuesday, includes high-value items like the ores of rare earth metals, gold ores, silver ores and concentrates.

Another reason the trade deal still appears to be holding is that Trump is under pressure from U.S. producers not to do anything that might spark retaliatory tariffs from China, and thereby limit their ability to export products to a market where demand is slowly recovering after coronavirus shutdowns.

This countervailing factor was on display most recently when some of Trump’s advisers recommended that the president halt the export of American meat products to China for as long as the American meat supply chain, disrupted by coronavirus, was struggling to supply even U.S. consumers with enough meat.

Instead of restricting exports so that all the meat being processed went to Americans first, Trump signed an executive order effectively forcing meatpacking plants to stay open despite high rates of coronavirus infections among their workers.

At no time, said White House officials, did the president seriously consider limiting exports to China.

UPDATE: This story has been updated to include the FRTIB’s decision on investments, announced Wednesday.