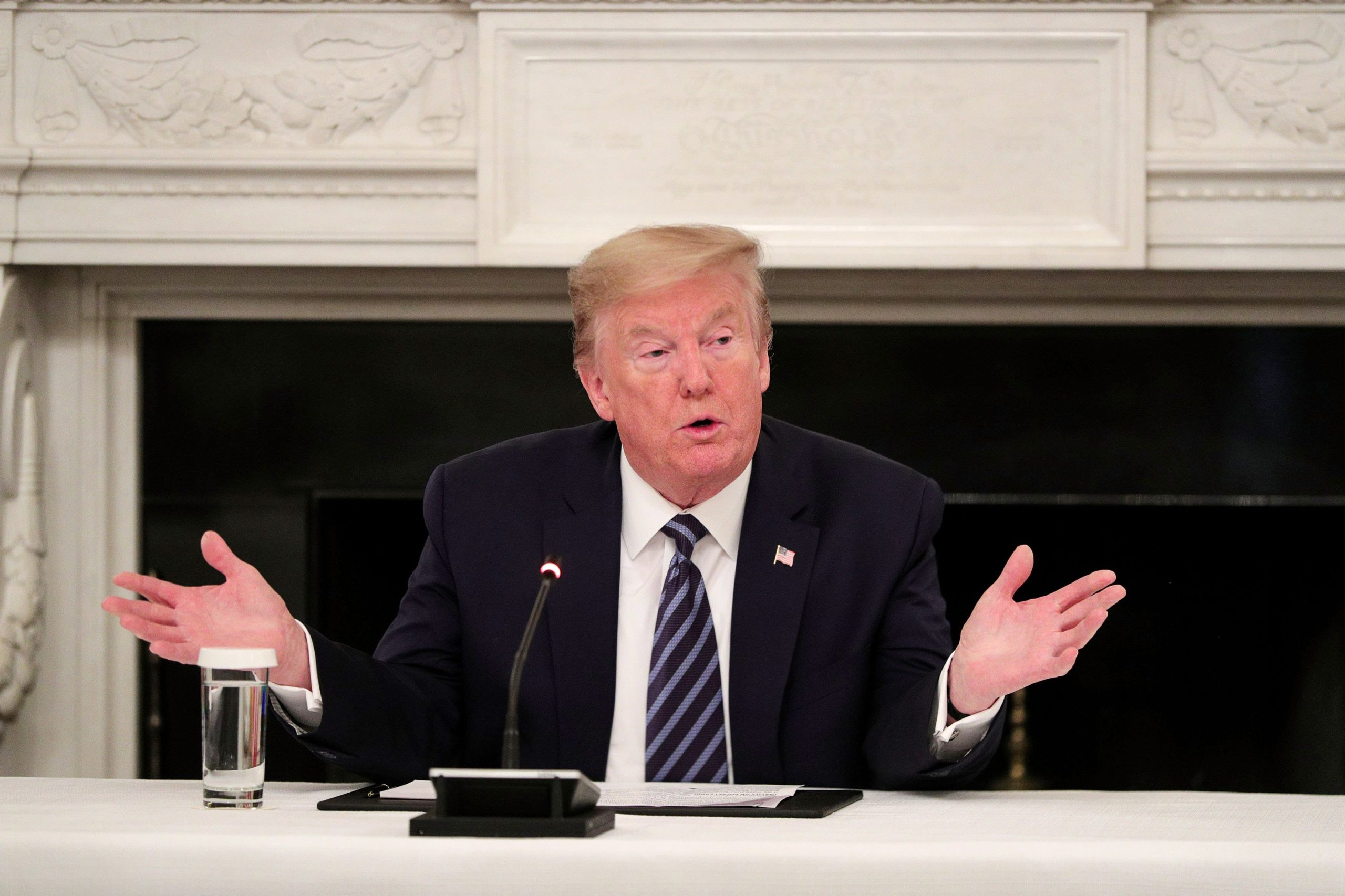 U.S. President Donald Trump speaks during a meeting with Republican members of Congress in the State Dining Room at the White House in Washington, U.S., May 8, 2020.

President Donald Trump is reportedly considering another way to get more money to struggling Americans by letting them take an advance on their Social Security benefits.

Many Americans are eager for more financial help from the effects of the coronavirus as the government wraps up sending millions of $ 1,200 checks to individuals who qualify.

However, some Republican lawmakers are digging in their heels at the thought of sending more money, due to the high price tag.

The Trump administration is said to be considering prepaying Social Security retirement benefits to workers before they are eligible, according to The Washington Post. Generally, workers have to be at least 62 and have worked and paid into the system for at least 10 years in order to collect benefits.

More from Personal Finance:
Consumer advocate Richard Cordray fears rise of ‘vehement’ debt collectors
130 million stimulus checks have gone out. Here’s which states got the most money
It pays to stay unemployed. That might be a good thing

One proposal the White House is reportedly considering calls for letting Americans take up to $ 5,000 from Social Security now in exchange for delaying their benefits in the future.

The $ 5,000 would be structured as a loan with a government-set interest rate that would reimburse the Social Security trust fund with interest. Individuals who opt into the program would pay that money back when they start collecting Social Security benefits. Their first checks would go toward repaying the loan, for a period of up to three months. After that, they would receive normal benefits.

The plan was developed by Andrew Biggs of the American Enterprise Institute and Joshua Rauh of the Hoover Institution at Stanford University.

Social Security advocates fear this could be the beginning of efforts to curtail the program. Currently, about 45 million retired workers depend on Social Security, with average monthly benefits totaling $ 1,503.

In a statement, Richard Fiesta, executive director of the Alliance for Retired Americans, slammed the proposal.

“Asking working Americans to give up even one dime of their future Social Security benefits to survive today’s economic crisis is a harebrained idea that would hurt families for decades to come,” Fiesta said.

This isn’t the first time the idea of borrowing against Social Security benefits has been proposed, said Richard Johnson, director of the program on retirement policy at the Urban Institute, a non-partisan think tank. One proposal would have allowed people to borrow against their future benefits in order to obtain paid parental leave.

But those ideas don’t coincide with the fundamental reason Social Security was created in the first place â€” to provide protection against disability and financial security in old age, Johnson said.

“These proposals kind of fundamentally change the way we think about Social Security,” Johnson said.

Joe Elsasser, president of Covisum, a Social Security software company, said he is skeptical of the idea.

“I am not a fan, primarily because I think it is the most vulnerable people that would be impacted,” Elsasser said.

That would include those who need Social Security the most for longevity protection and old age insurance, he said.

And while such a plan could be structured so it was actuarially fair, and therefore not hurt Social Security’s funding, it could still be harmful to Americans’ bottom lines.

“People are always surprised at how much it costs in 40 years’ down the road’s money to get $ 5,000 today,” Elsasser said.