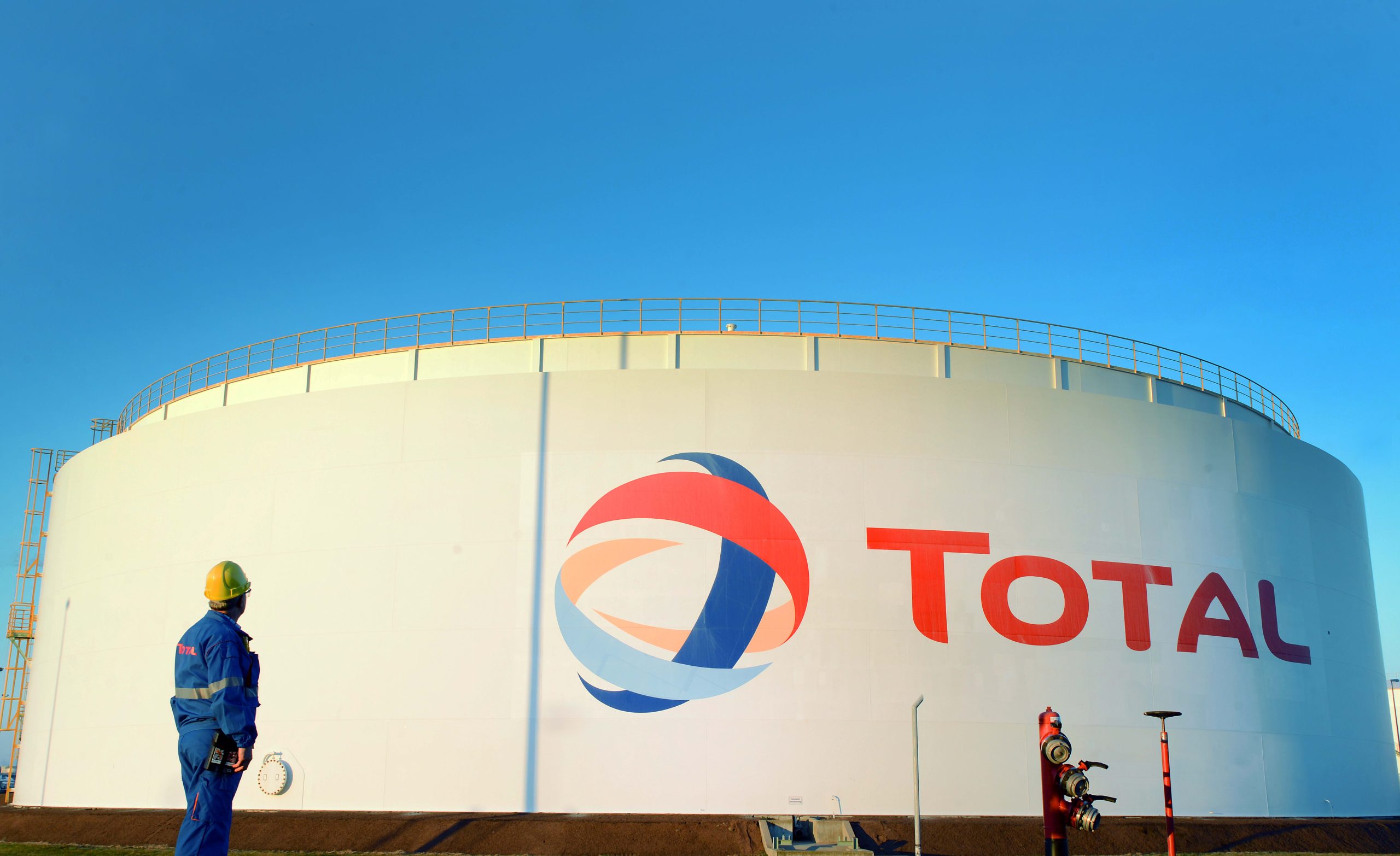 An employee of the ‘Total’ oil refinery stands in front of a large tank with the company’s logo in Leuna, Germany.

Total on Tuesday posted a significant fall in first-quarter net profit, as oil prices tumbled to historic lows following a drop-off in demand due to the coronavirus crisis.

The French energy major reported Tuesday that first-quarter net profit came in at $ 1.8 billion, down from $ 2.8 billion over the same period last year, reflecting a fall of 35%.

Analysts polled by Refinitiv had expected first-quarter net profit to come in at $ 1.4 billion.

The company’s board also confirmed that its first-quarter dividend would be 0.66 euros per share, stable on the same period last year. It proposed an option to receive the 2019 final dividend in cash or in new shares of the company with a discount, subject to approval at the shareholders’ meeting on May 29.

“The Group is facing exceptional circumstances,” Patrick Pouyanne, CEO of Total, said in a statement on Tuesday.

Pouyanne, who will take a 25% fixed salary pay cut for the remainder of the year, underscored two major challenges through the first quarter: “The Covid-19 health crisis, which is affecting the world economy and creating major uncertainties, and the oil market crisis, with the sharp drop in oil prices since March.”

Shares of Total, which are down more than 38% year-to-date, rose nearly 7% shortly after Tuesday’s opening bell.

It comes as a global public health crisis continues to hit energy markets hard, resulting in a world awash with oil but with few places to put it.

The Covid-19 outbreak has meant countries across the globe have effectively had to shut down, with many governments imposing draconian restrictions on the daily lives of billions of people. It has led to an extraordinary demand shock in energy markets, with worldwide mobility brought close to a standstill.

International benchmark Brent crude traded at $ 29.04 per barrel during morning deals, up over 6.6%, while U.S. West Texas Intermediate stood at $ 22.32, almost 10% higher. Brent futures extended gains for the sixth consecutive session and WTI futures were higher for the fifth day amid heightened expectations that fuel demand would soon start to recover.

However, both benchmarks remain around 60% lower since the start of the year.

In its earnings report on Tuesday, Total also laid out plans to cut its emissions with the aim of reaching carbon neutrality from its operations and energy products sold to customers in Europe by 2050.

“The Group continues to implement its medium and long-term strategy,” Total’s Pouyanne said.

“From this perspective, the announcement of a new climate ambition for the Group that aims at carbon neutrality by 2050 in Europe and in the world in step with society, is in line with Total’s reinforced strategy to become a broad energy company,” he added.

Last month, a group of 11 European investors that represent approximately 1.35% of Total’s capital (as of April 14) announced they planned to present a resolution at Total’s shareholders’ meeting on May 29.

The group, led by French asset manager Meeschaert, said it would call on the energy major’s leadership to realign the statutes of Total to the commitments in the Paris Climate Agreement.

“As long-term shareholders, we have an obligation to factor climate risk into the management of our portfolios. We therefore consider that the oil industry must play a decisive role in the energy transition,” the statement said.

Energy giants have come under intensifying pressure from activists, investors and governments to substantially reduce their own emissions, as well as emissions from the products they sell.

Total’s results follow those of oil giant Royal Dutch Shell last week, which slashed its dividend to shareholders for the first time since World War II.

The board of the Anglo-Dutch energy company explained the decision was taken to provide the firm with greater financial flexibility given the risk of a prolonged period of economic uncertainty, weaker commodity prices, higher volatility and an uncertain demand outlook.

U.K.-based energy giant BP, as well as U.S. majors Chevron and Exxon Mobil, all maintained their dividend to shareholders through the first three months of the year.